Route of Commemoration No. 19: Delivered To The Violence Of War 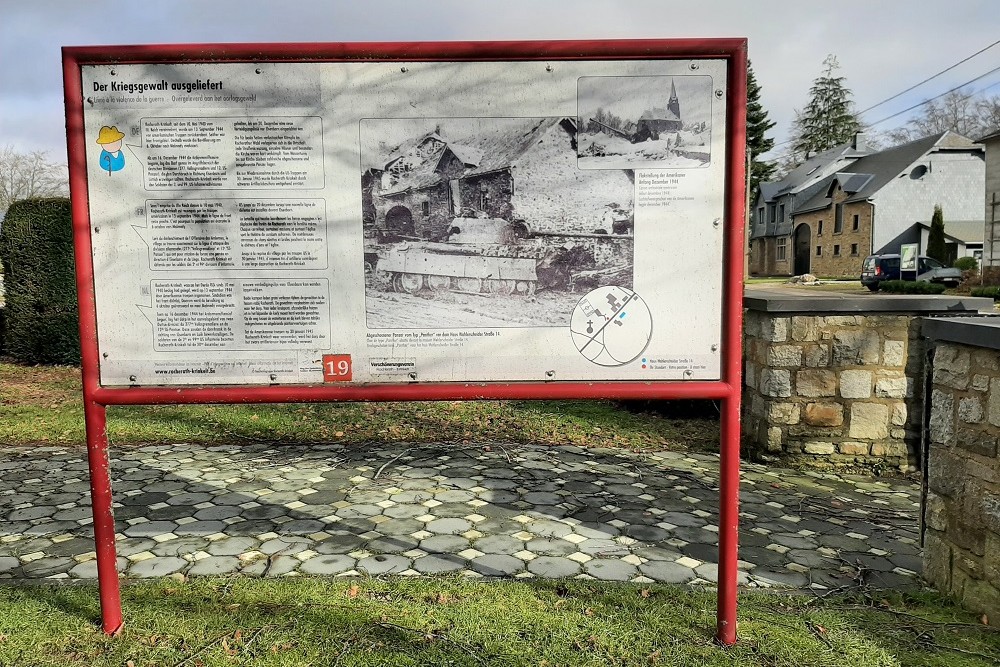 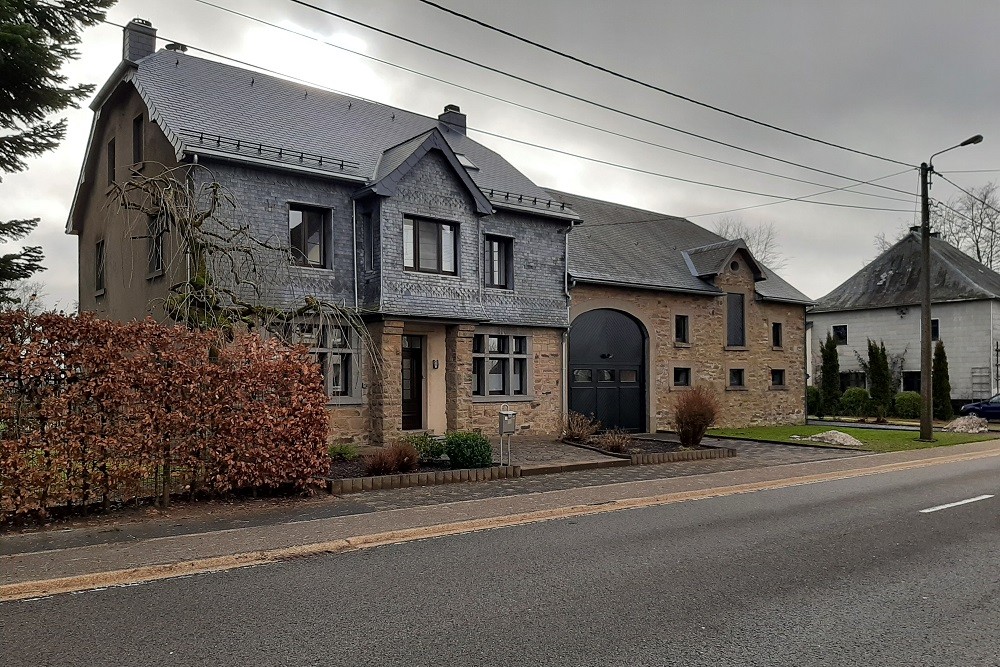 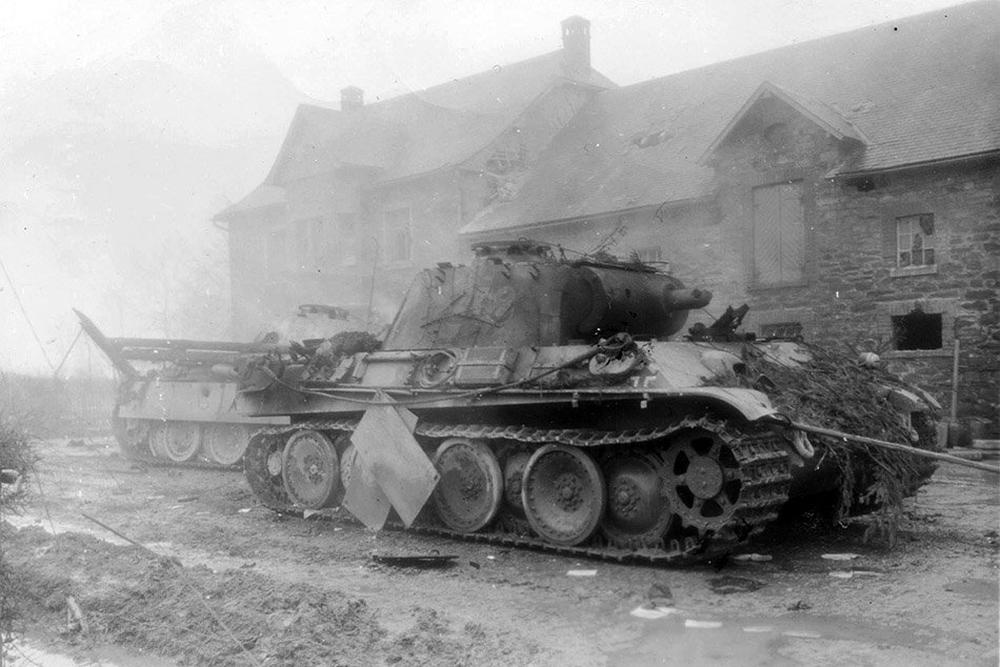 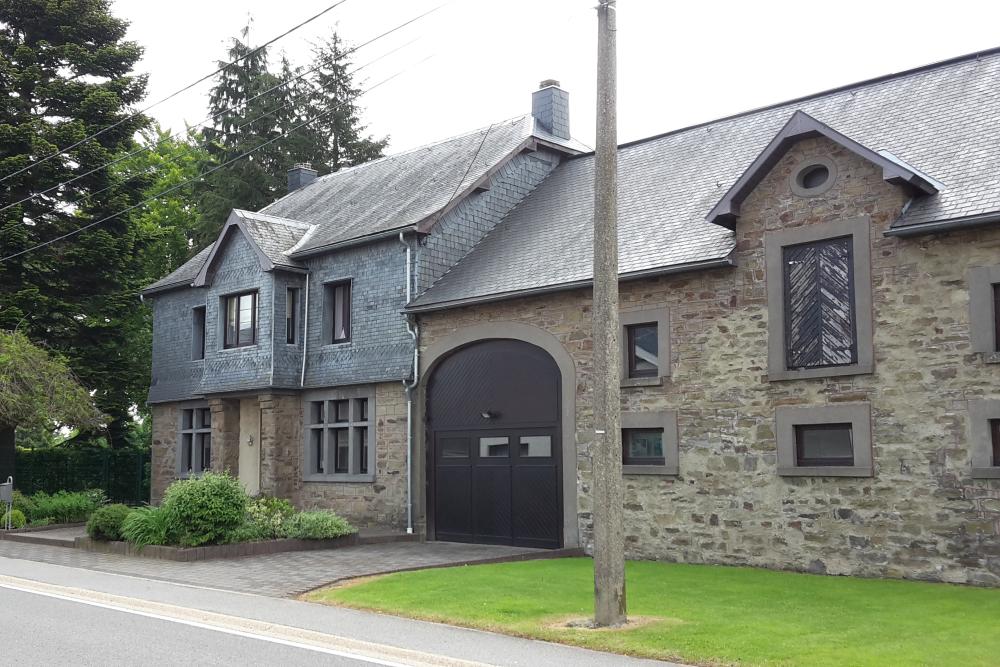 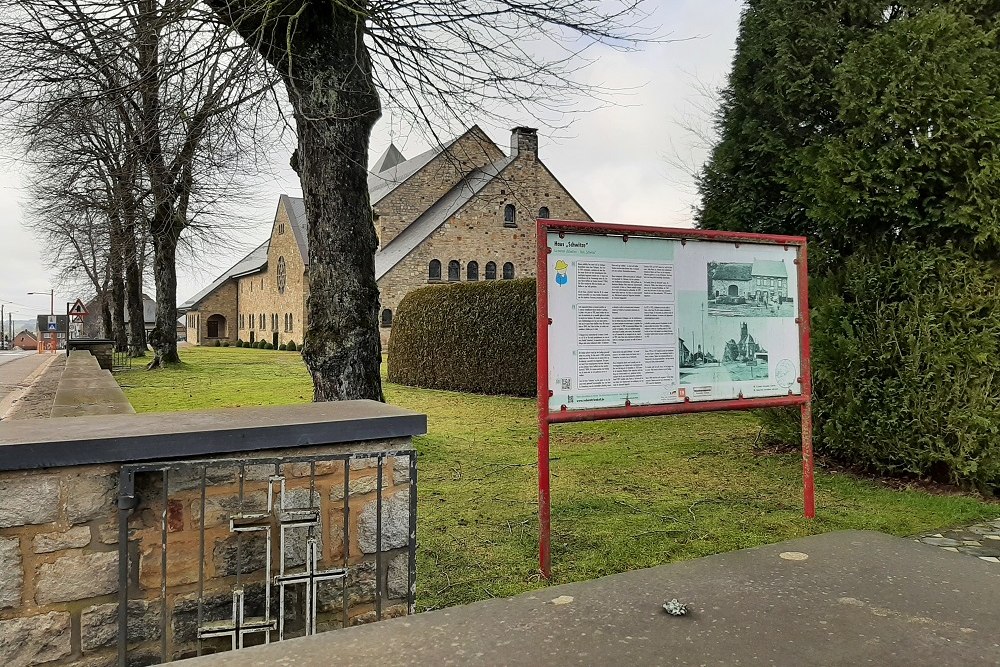 Info panel No. 19
Rocherath-Krinkelt, taken by the third Reich on 10th May 1940, was recaptured by American troops on 13rd September 1944. From then on, it would become the frontline. The population of the village was, therefore, evacuated to Malmedy on 6th October. When the Battle of the Bulge started on 16th December 1944, the village lay exactly in the area of attack of the German divisions (277th Volksgrenadiere and 12th SS-Panzer) who would break through towards Elsenborn and Liège. Rocherath-Krinkelt was held by the soldiers of the 2nd and 99th US infantry divisions until a new line of defence was formed outside of Elsenborn on 20th December.
The battle being fought in the woods near Rocherath, which was proving costly to both sides, shifted to the village. Every street crossing, individual house and especially the church were fiercely contested. From the water tower to the church, there remained numerous disabled and burnt out panzers. Until the US troops recaptured the village on 30th January 1945, Rocherath-Krinkelt continued to be largely destroyed by heavy artillery fire.