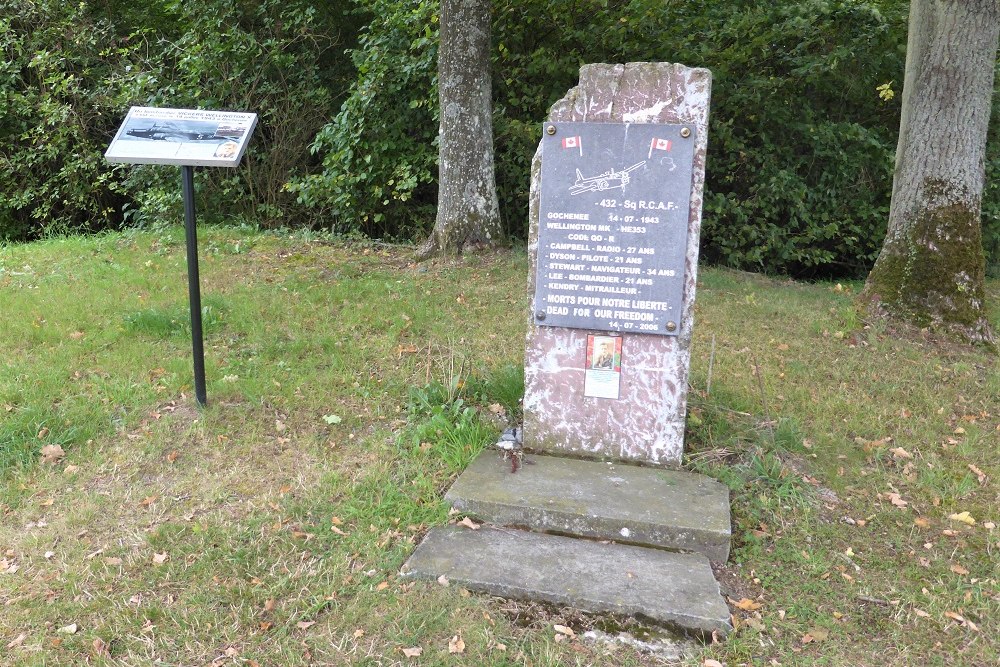 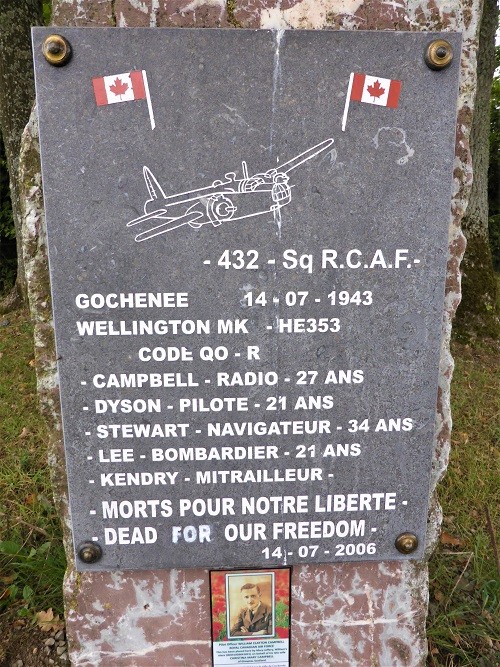 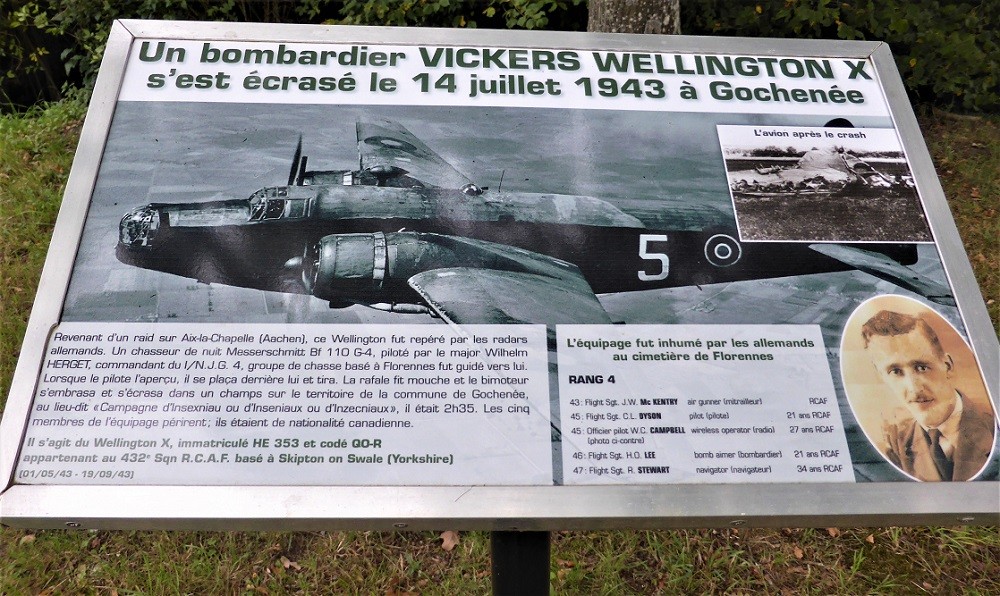 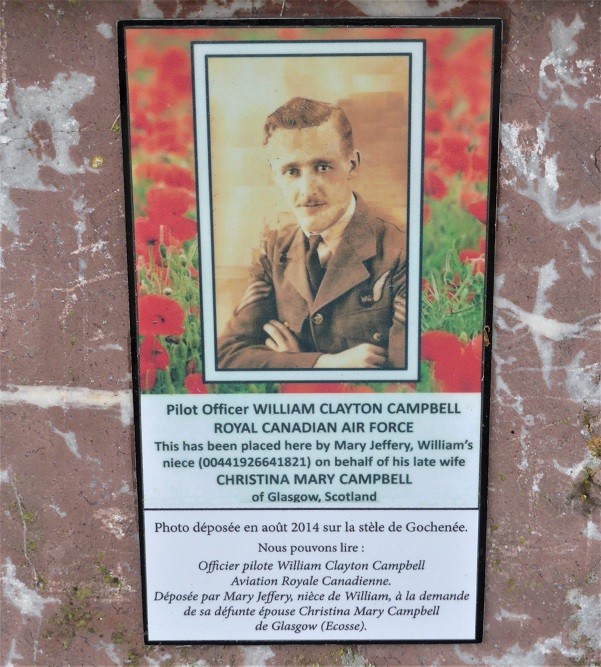 On Saturday September 23, 2006 this memorial was unveiled for the crew of a Wellington Mk X (432 Sqn RCAF, QO-R, HE 353).
Five crew members were killed when the bomber fell on July 14, 1943 at the place known as `` Campagne d'Inzeniaux. '' The plane is said to have been shot down by night fighter Wilhem Herget (Kommandeur of I./NJG 4) who left with his Me 110 was from Florennes.
Later investigation revealed that the Wellington had not actually crashed but had previously carried out a belly landing, after which the plane was burned out.
Virtually nothing of the aircraft has been found during subsequent excavation work.

The crew are buried in British and Canadian cemeteries.