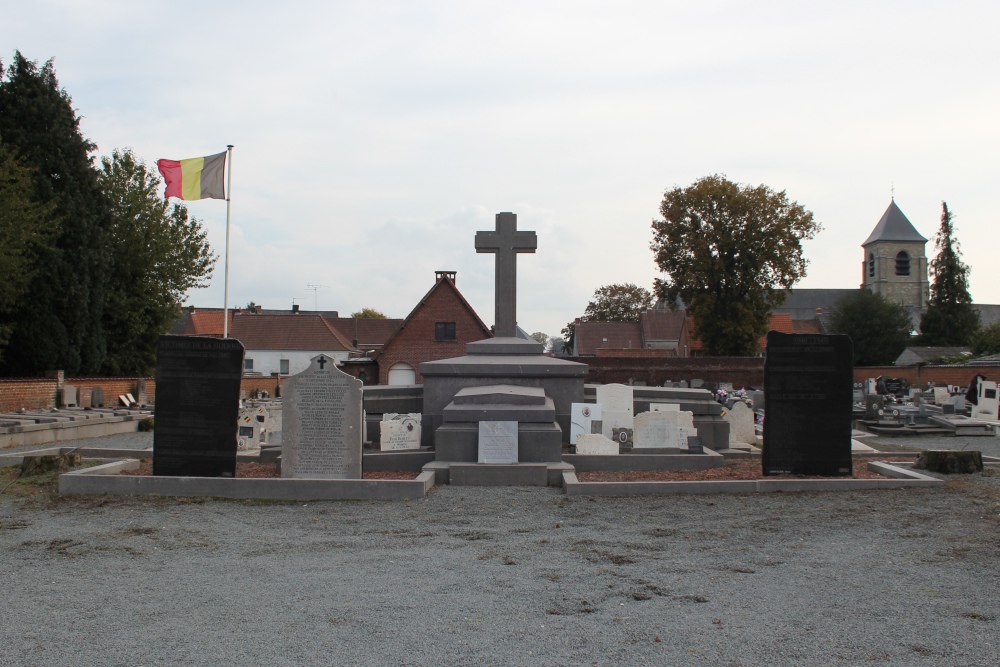 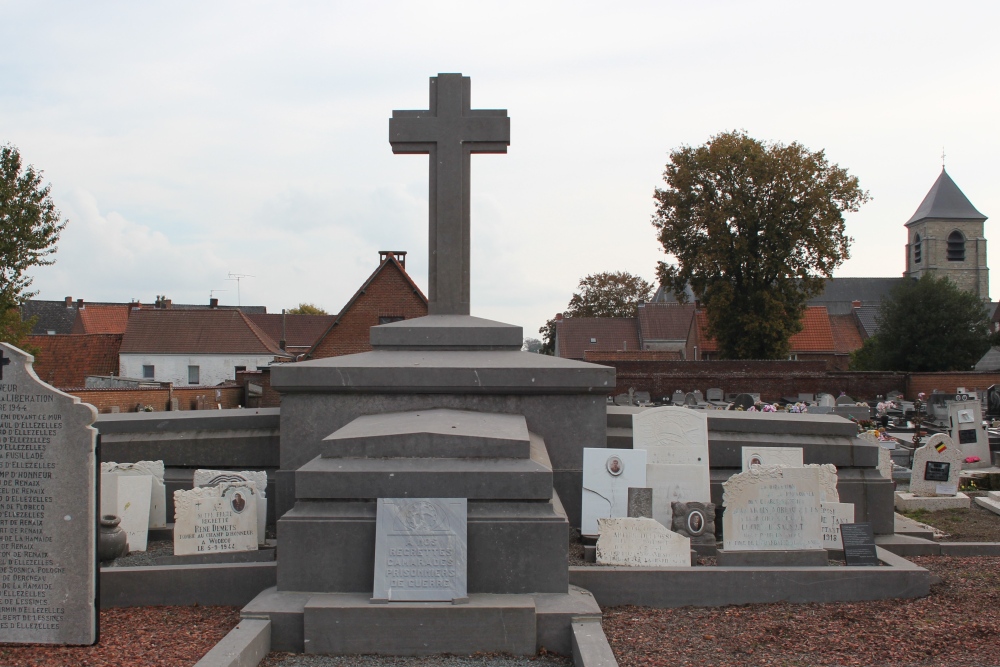 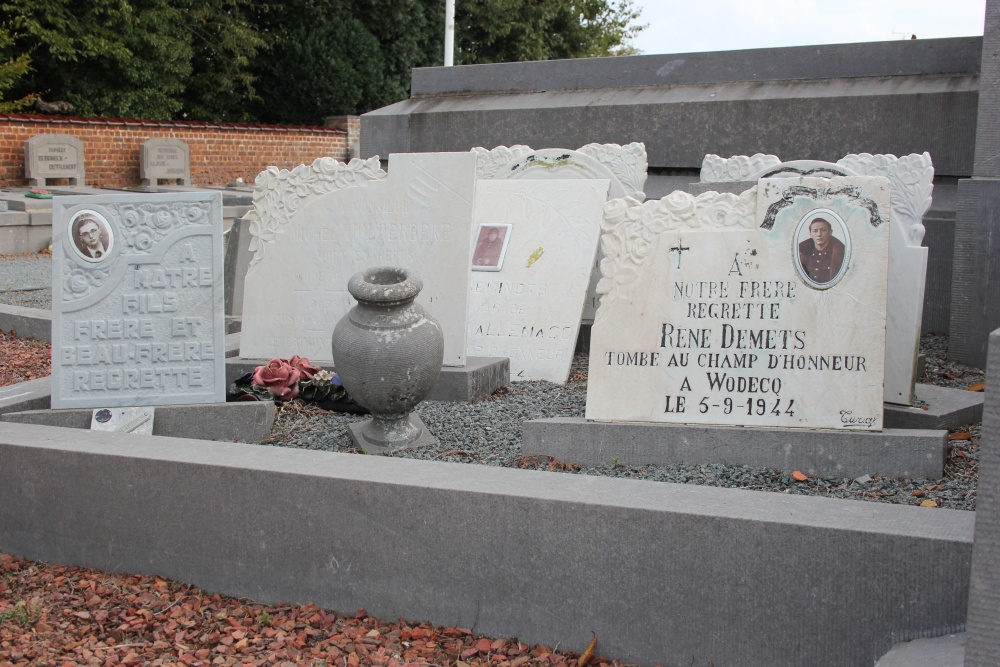 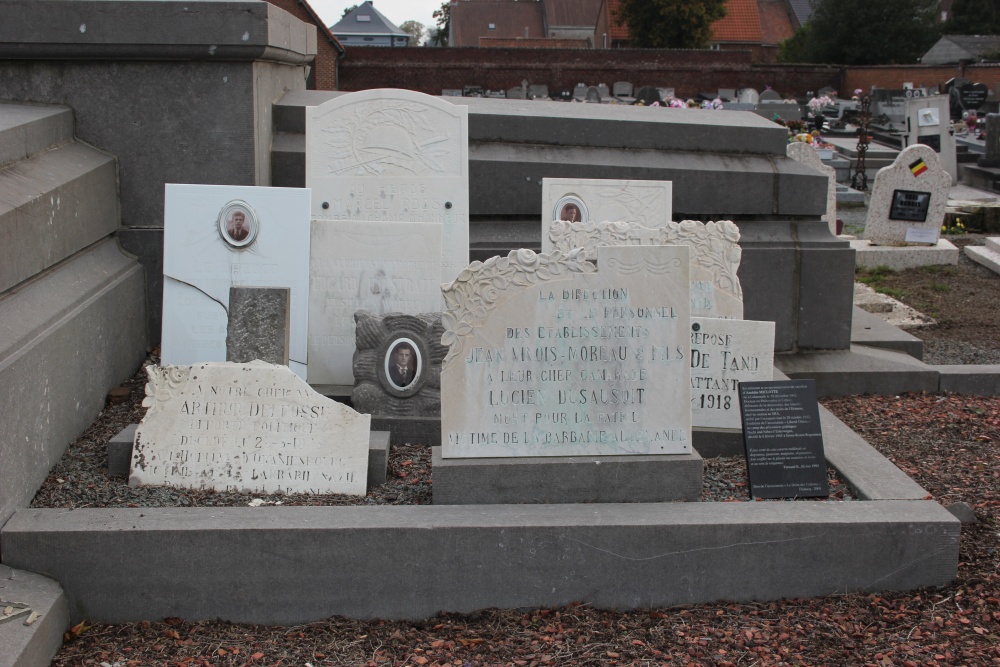 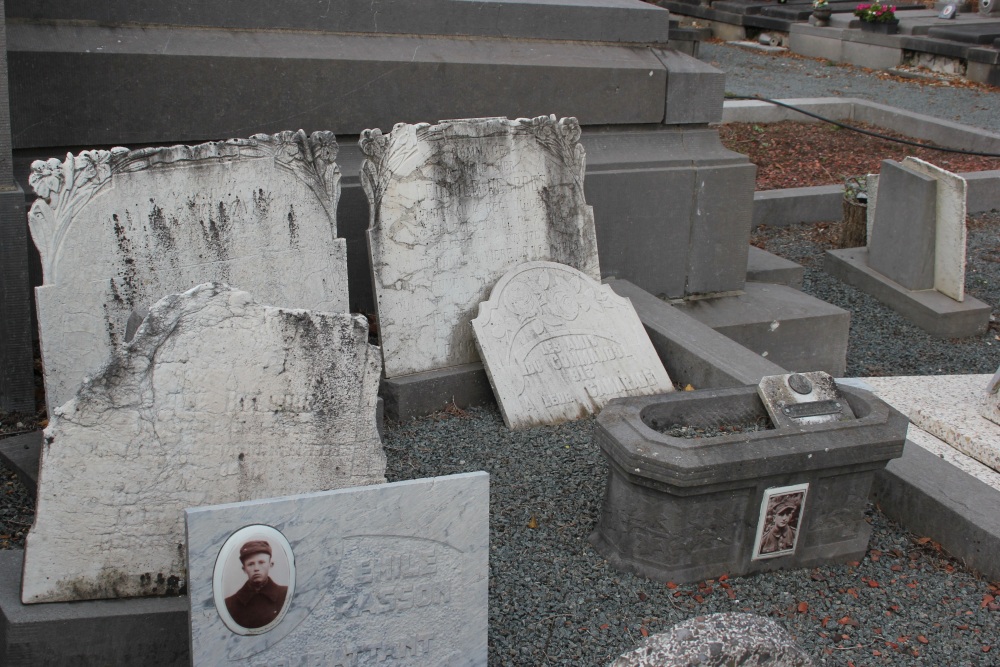 Memorial cross at the cemetery of Ellezelles to commemorate the military and the civilian victims of the First and the Second World War.
The memorial also commemorates the victims of the raid on 28 March 1944 in Ellezelles in which 26 inhabitants were arrested and deported to German concentration camps.
Around the monument are the memorial plaques of war victims of both world wars.