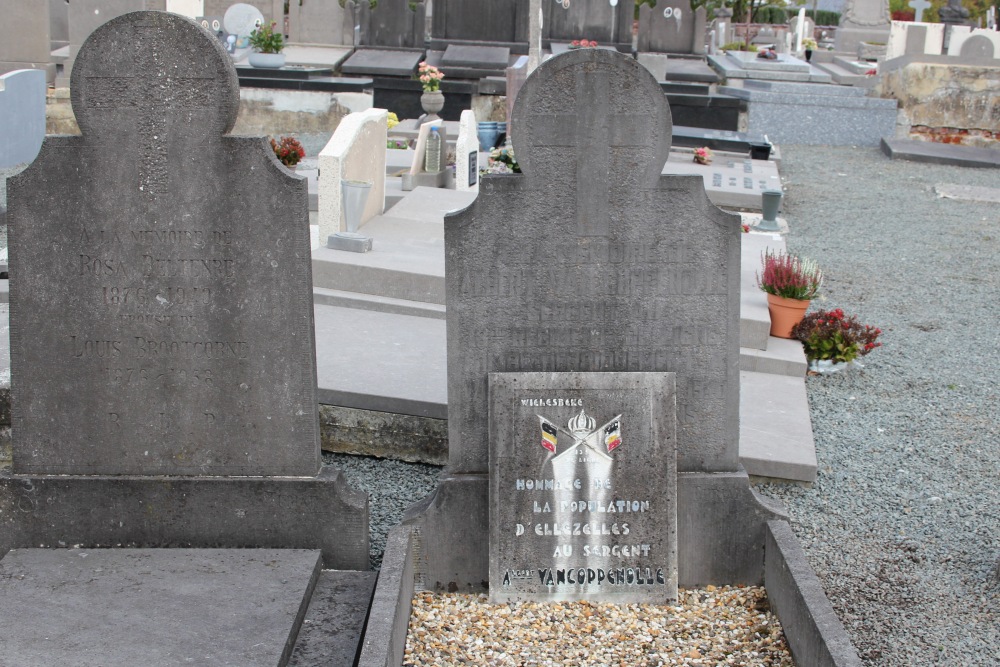 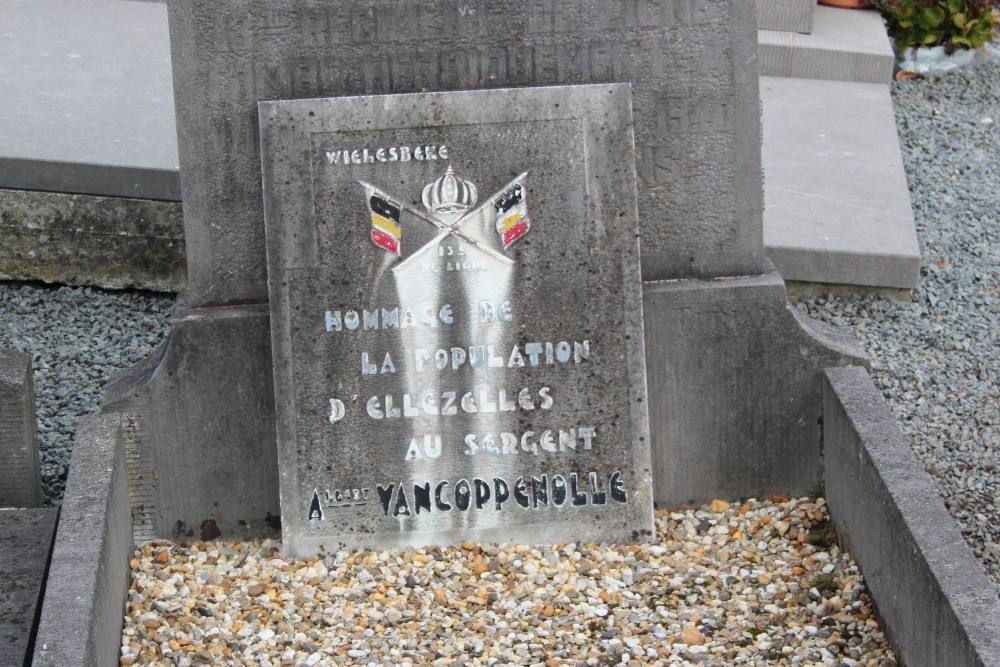 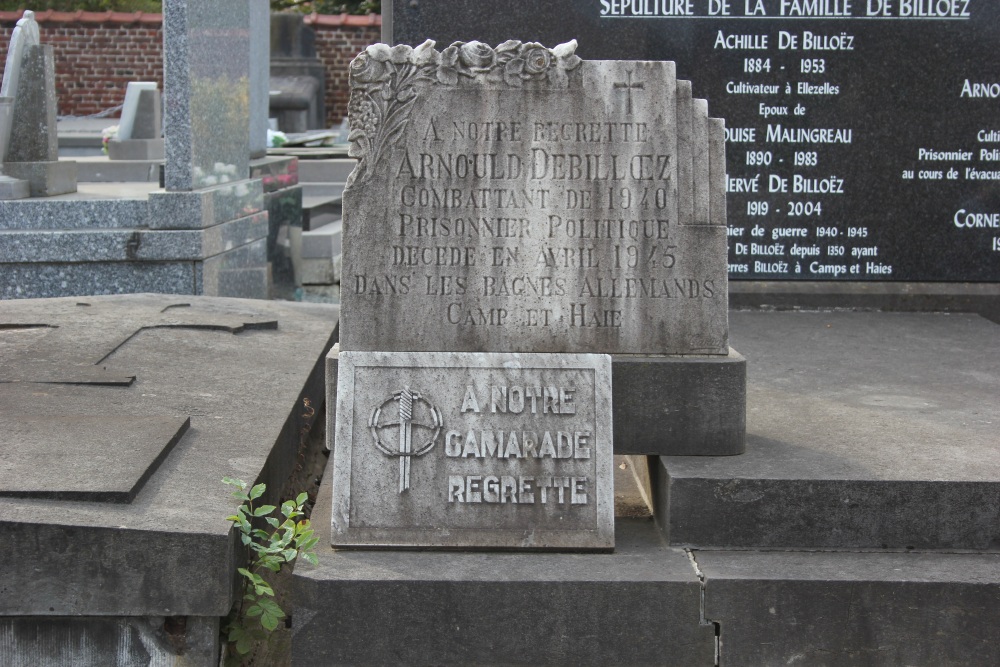 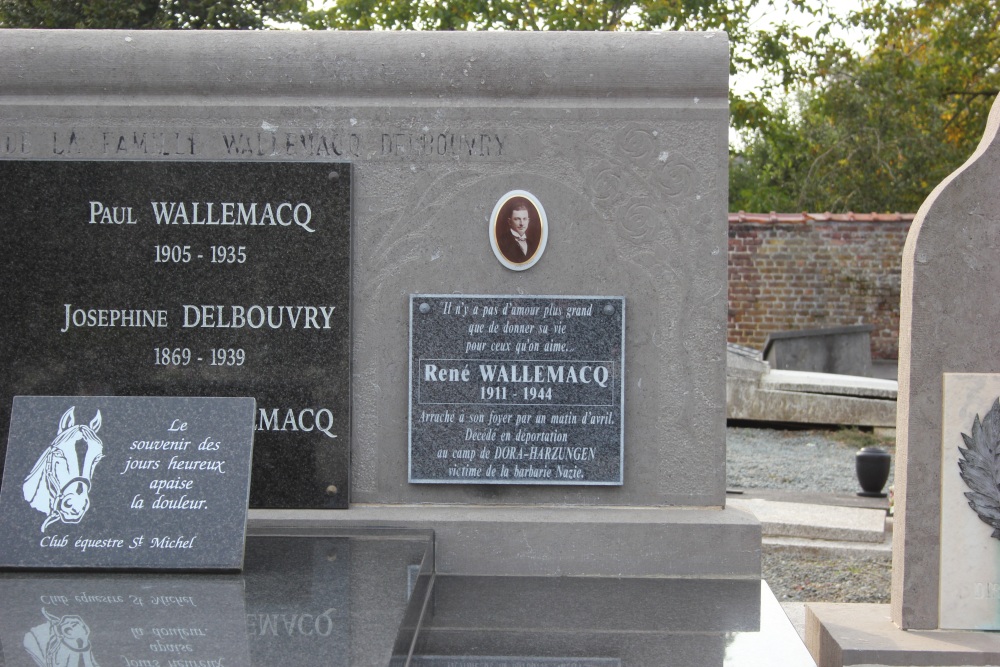 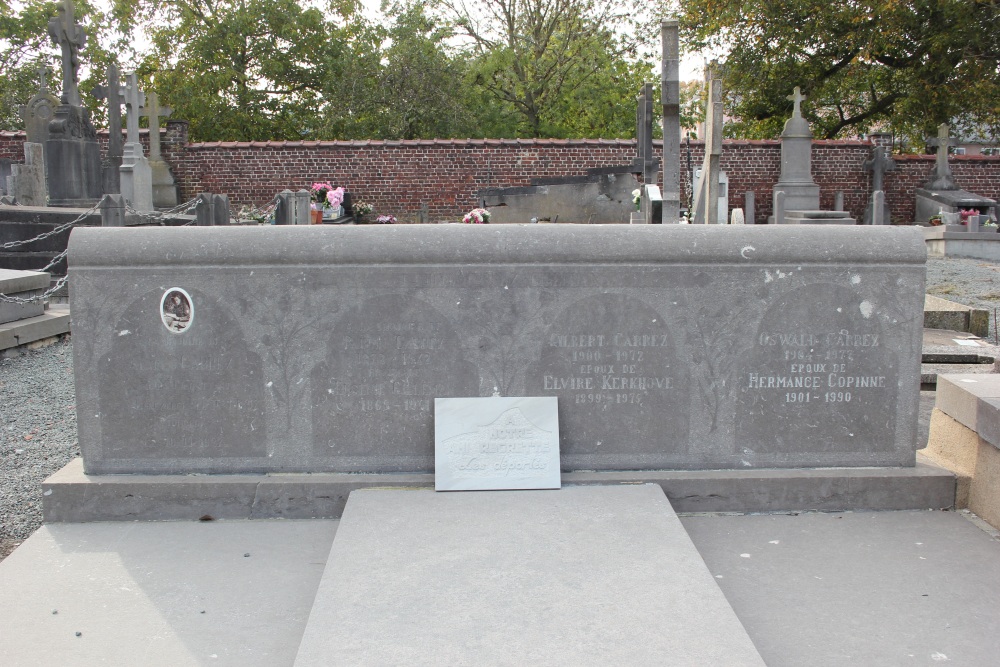 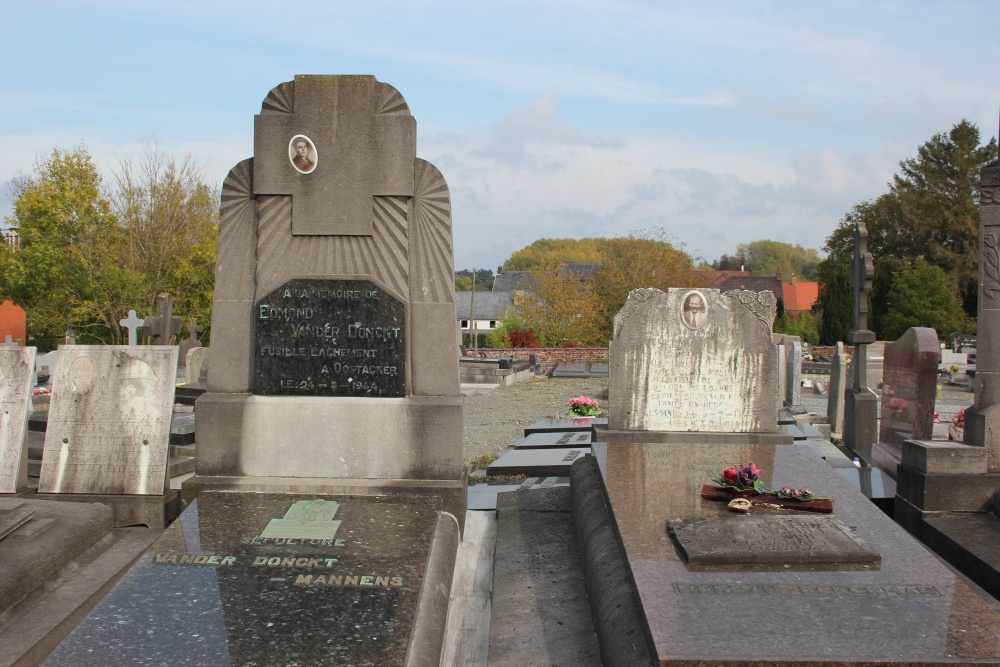 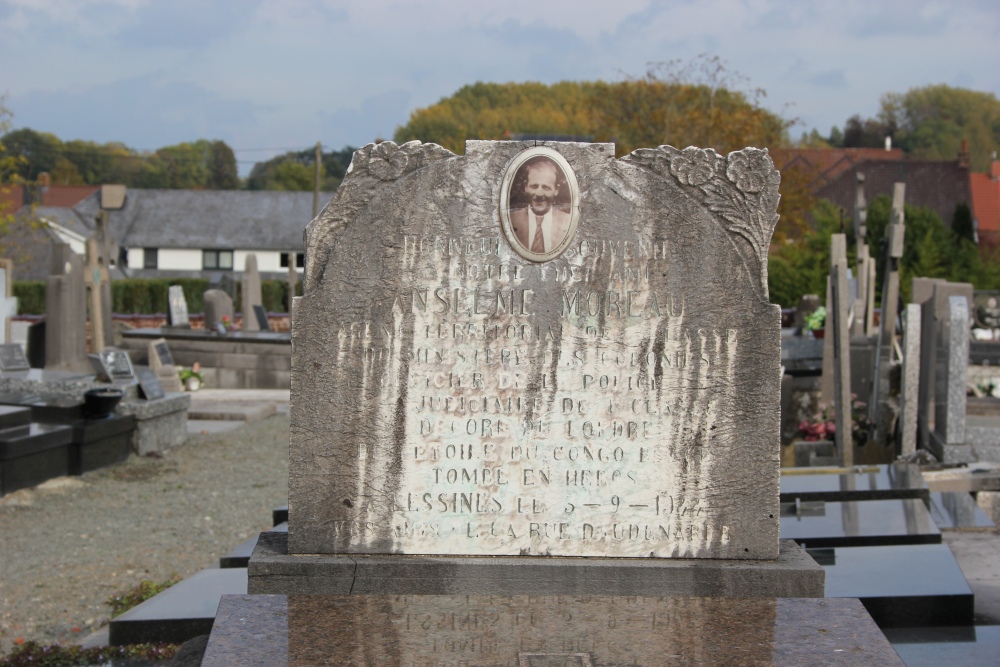 The cemetery of Ellezelles contains a Belgian burial of the Second World War. Its the grave of VAN COPPENOLLE Albert, fallen at Wielsbeke on 26 May 1940.

The cemetery also contains the graves of resistance fighters, members of the Secret Army and political prisoners who perished in the Second Word War.