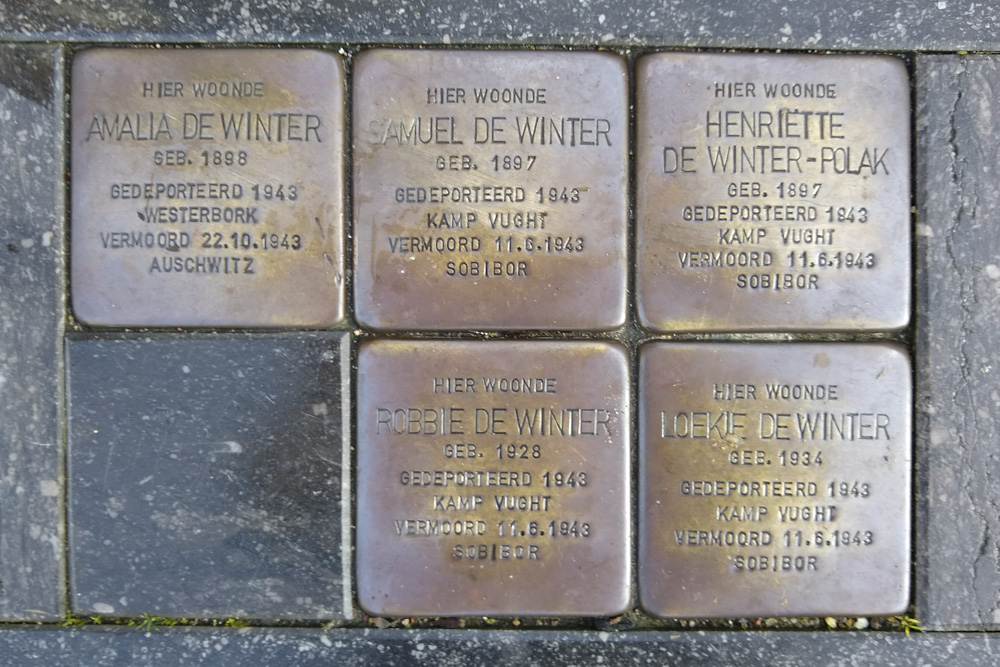 These memorial stones (so called Stolpersteine) commemorate the de Winter family, murdered in Sobibor and Auschwitz.