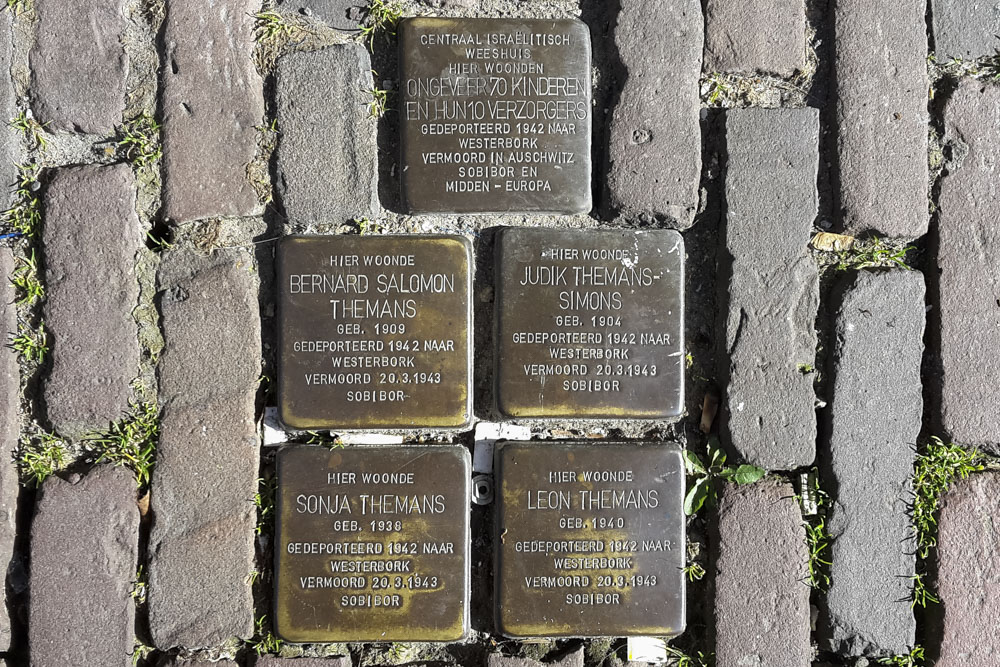 These memorial stones (so called Stolpersteine) commemorate over 80 Jewish childeren and their accompanists, murdered in Sobibor and elsewhere.