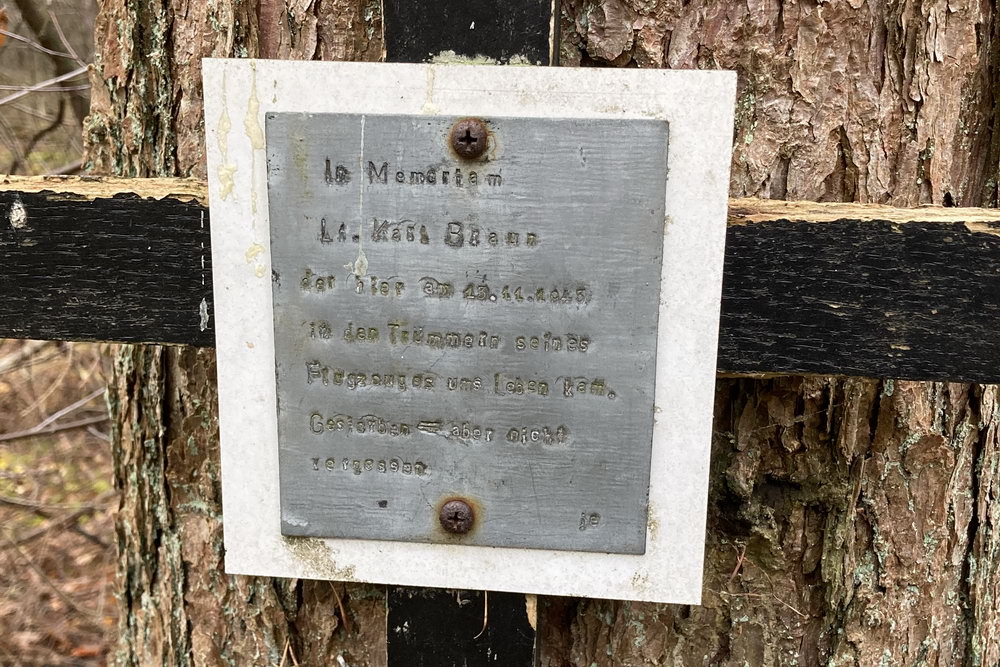 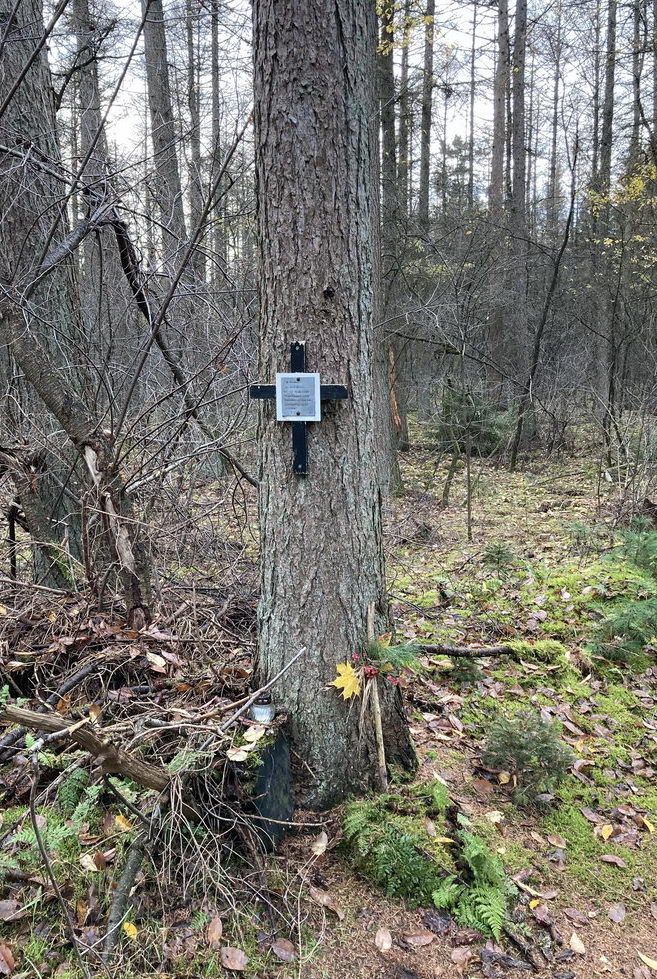 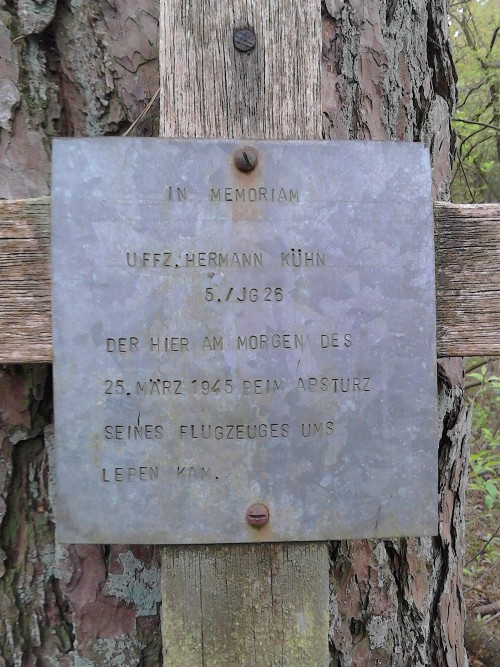 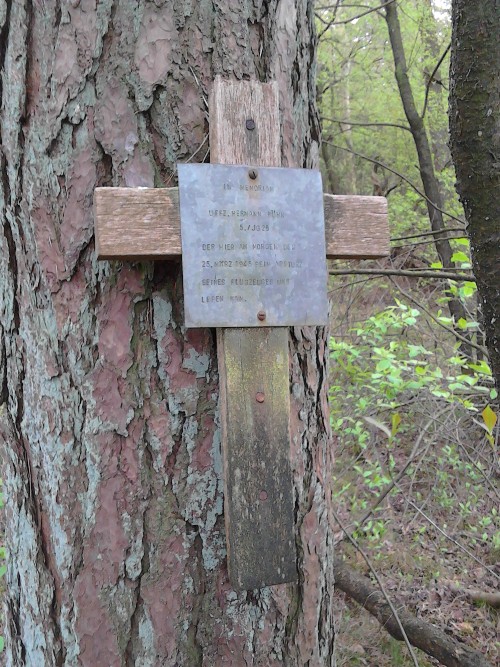 Memorial cross for a German pilot found in the forest south of the former German military airfield.

At the start of the Second World War in 1939, the site was expanded significantly. The airfield was given the military name E 21. In 1944, another expansion phase followed and a second fighter squadron with Focke Wulf 190 fighter planes was stationed here. The squadron suffered heavy losses in December 1944 and early January 1945 as it was actively involved in attacks against Allied airfields on the Western Front. In February 1945 the airfield was badly hit by fighter-bombers from the Royal Air Force. A month later, on March 24, 1945, 58 American four-engined bombers dropped 122 tons of bombs on the site in a large-scale operation. The airport was transformed into a crater landscape and fell into disuse. In 1987, an explosives disposal service (before the construction of the fixed runway) surveyed the area surrounding the airport and found and eliminated a large number of unexploded war munitions.