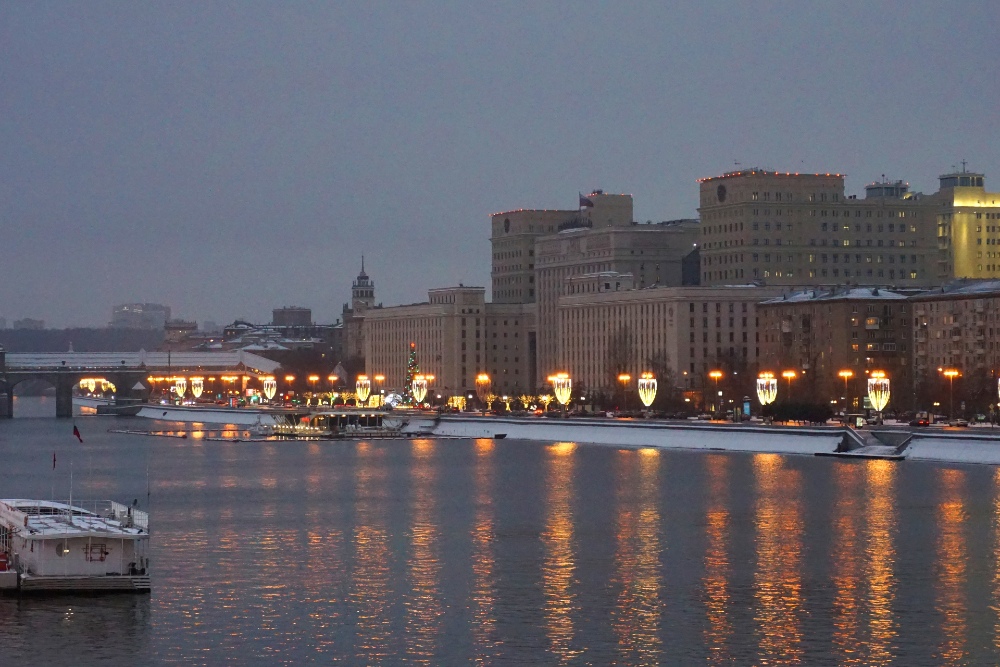 These are buildings of Russian ministry of defence near the bank of Moscow river.

Those buildings were began to built in 1940, but the construction was generally finished just in 1951. The author of the project was the architect Lev Rudnev, who together with Vladimir Munz created also sketches of facade bas-reliefs.
Initially, the building was built to house the headquarters of the Land Forces of the USSR, the commanders-in-chief of which in different years were famous military leaders as Georgy Zhukov, Ivan Konev, Rodion Malinovsky, Andrey Grechko, Vasily Chuikov, Valentin Varennikov and others.