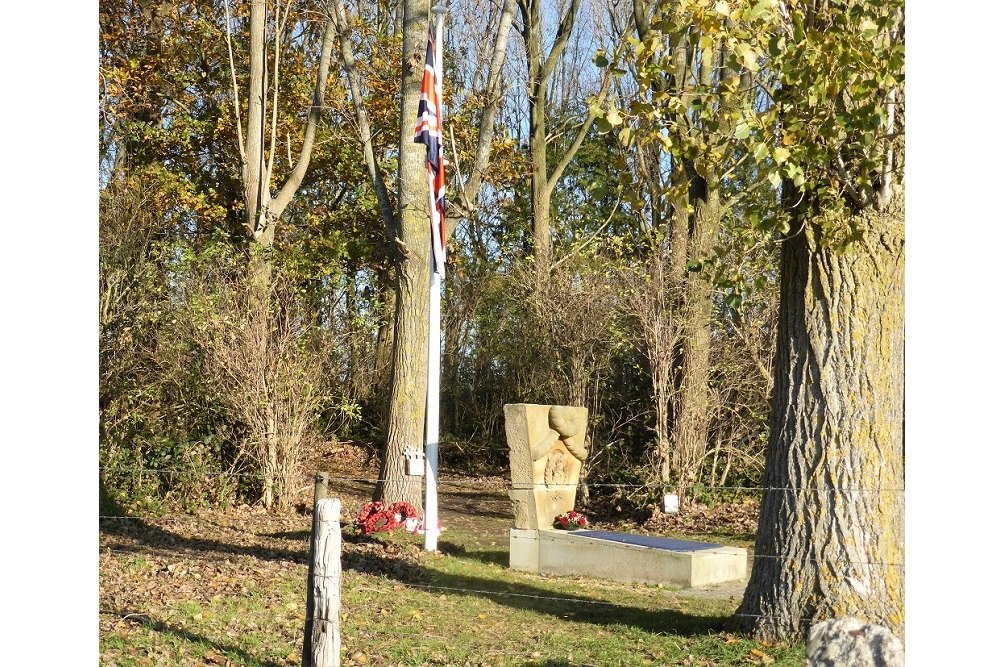 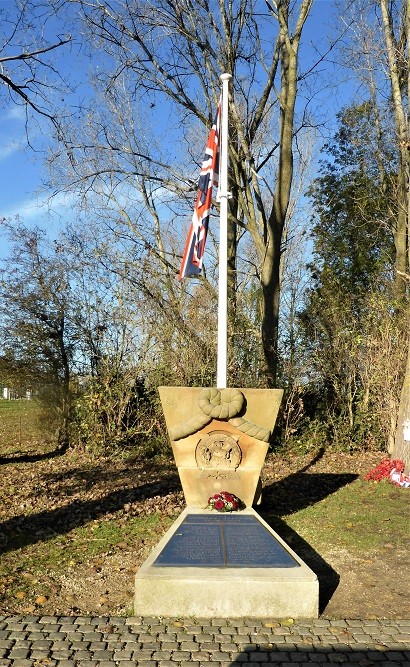 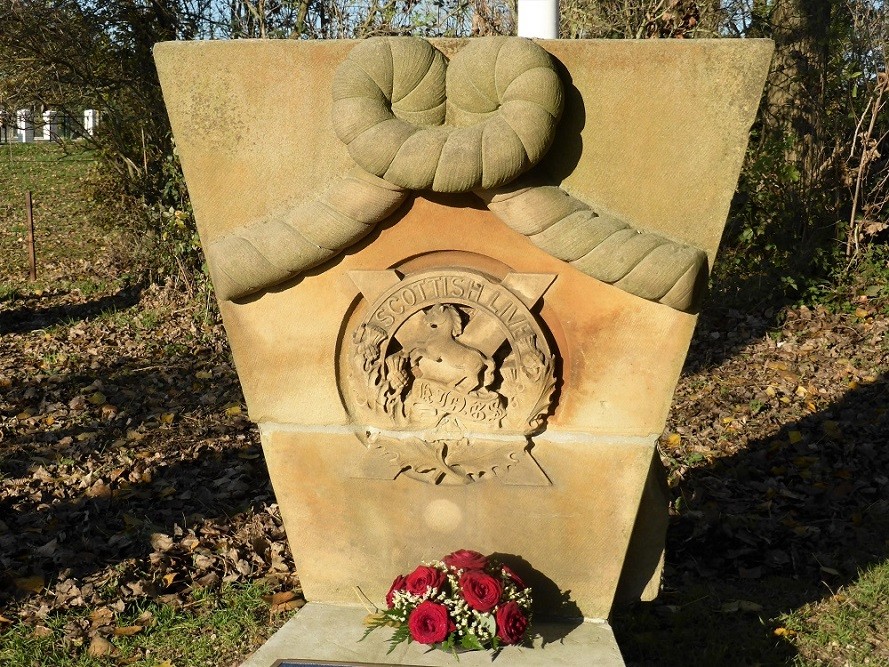 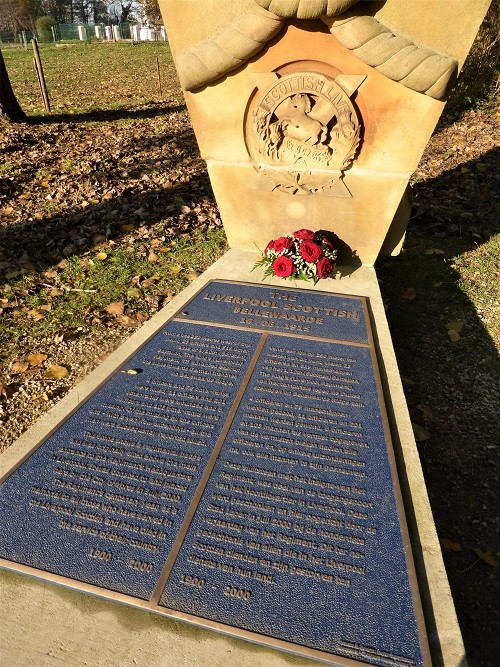 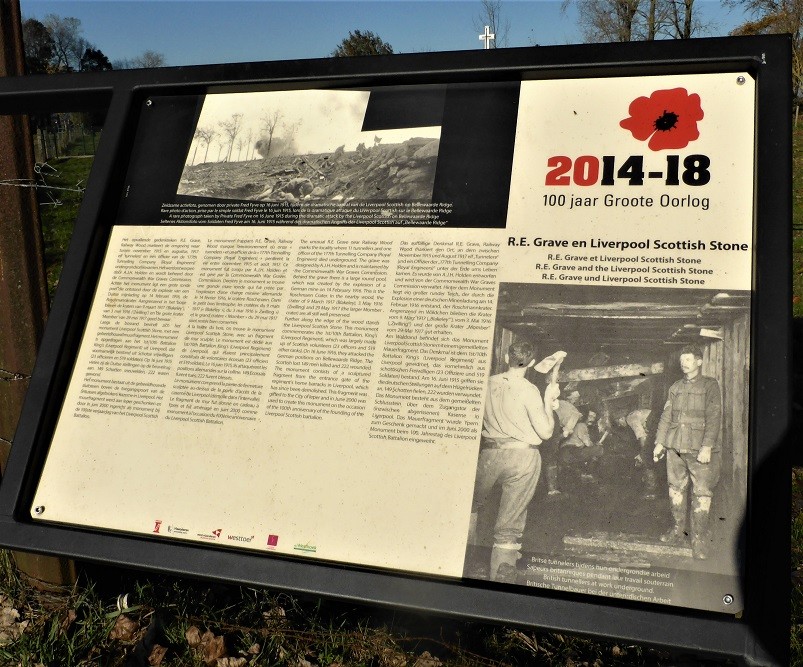 Just past the Commonwealth war cemetery R.E. Grave (Railway Wood) is situated along the edge of the forest the "Liverpool Scottish Stone", dedicated to the 1st / 10th Battalion King's (Liverpool Regiment) which consisted mainly of Scottish volunteers.

On the large bronze plate is a text, left in English, right in Dutch:

From a line at 250 meters west of this
point, 23 officers and 519 other
ranks of 1/10th (Scottish)
Battalion, The King's (Liverpool)
Regiment,advanced east up
The slope towards German trenches
on Bellewaarde Ridge.

This stone shows a regimental bagde
And was originally sited above the main
entrance to Regiments Headquarters
in Liverpool. It was donated to and placed
here by the city of Ypres in July 2000,
Regiments centenary year, as a
memorial to all those who have served in
the Liverpool Scottish and have died
in the service of their country.
1900 - 2000 "