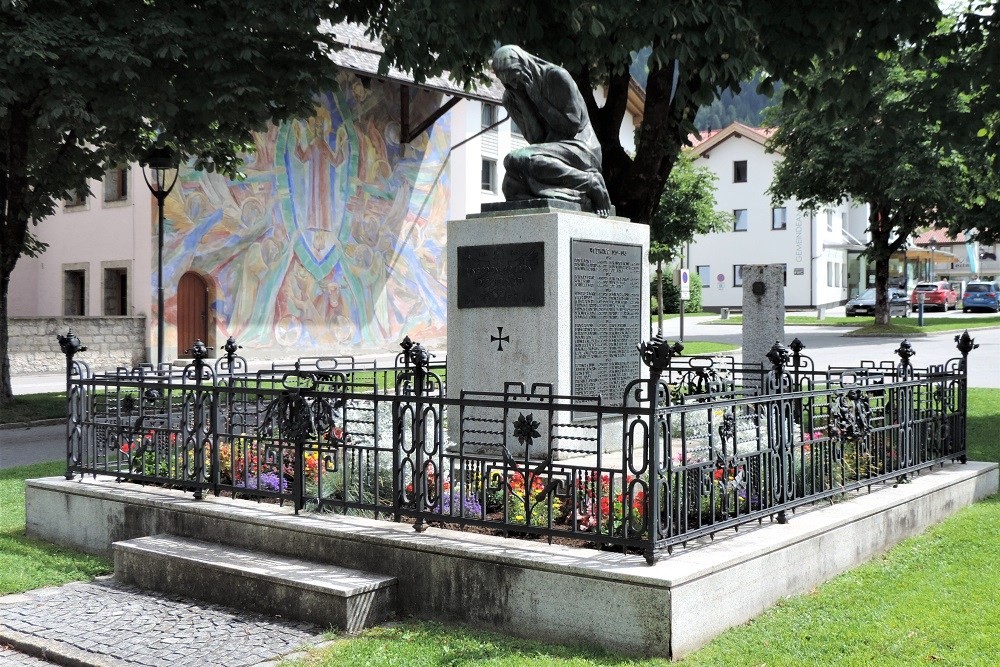 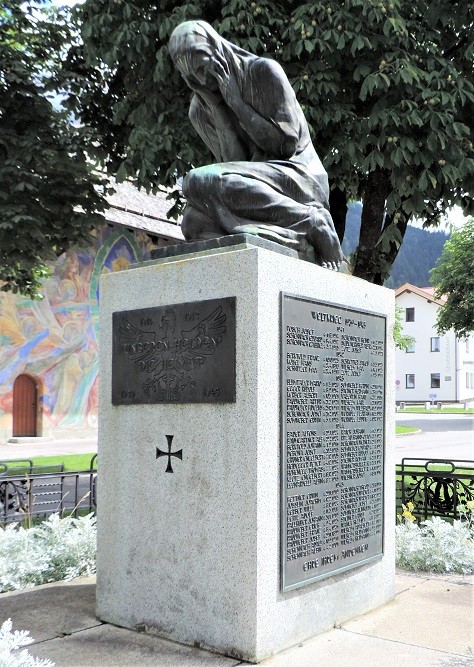 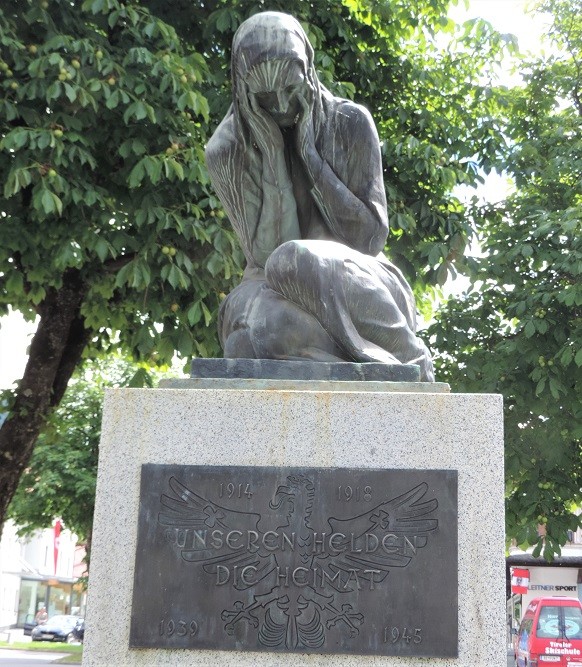 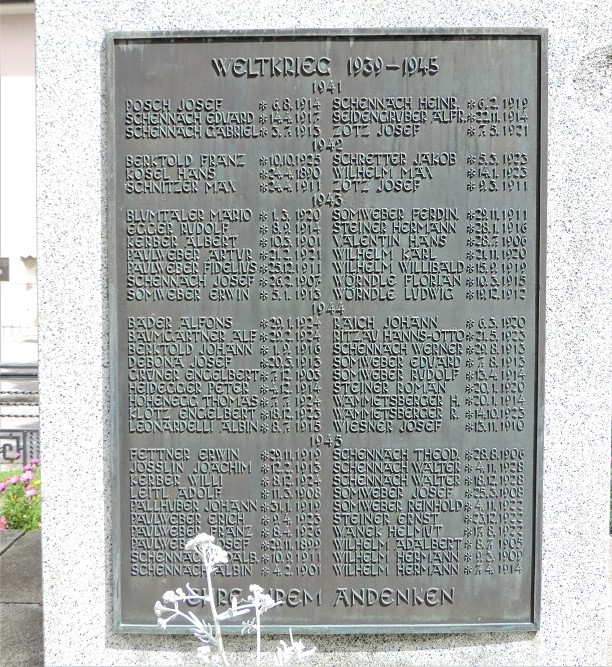 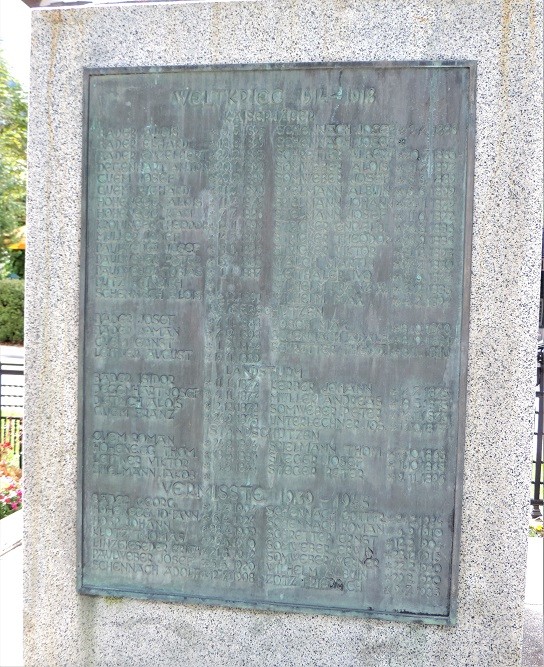 Monument to the 2 World Wars.
At the top of the massive block is a statue of a grieving woman, sitting and bent, with her head in her hands.

The Kaiserjäger (Tiroler Jäger-Regiment) were formed in 1895 as four normal infantry regiments within the Common Army of Austria-Hungary. Despite the name "Tyrol" in its title, members were also recruited from other parts of the country.

The Kaiserschützen were three regiments of Austro-Hungarian mountain infantry that were also used in the First World War.
Founded in December 1870 with ten Tyrolean Landesschützen, mounted infantry was added in 1872. In 1906 they were reorganized as pure mountain troops.

The Austro-Hungarian Landsturm was a reserve force made up of men between the ages of 34 and 55. It was intended to provide replacements for the front line units and a militia for the local defense.
During the First World War, the Austrian Landsturm consisted of 40 regiments.
They took care of 20 Brigades that took to the field with the rest of the army.

The Standschützen were originally a kind of guilds, shooting clubs, founded in the 15th and 16th centuries. They were often called up for military operations within the borders of the Austrian county of Tyrol. In fact, they were a kind of Tyrolean local militia, bound by the voluntary military protection of the state of Tyrol and Vorarlberg.
They were mobilized during the First World War.