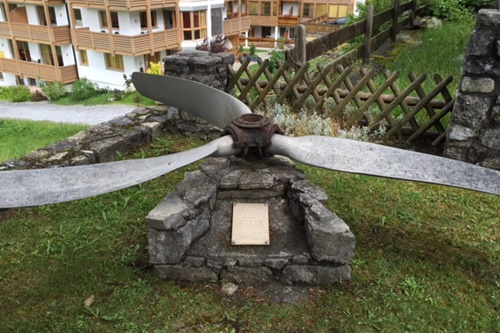 August 3rd 1944 eight B24 Liberator Heavy Bombers of the 15th USAAF, based at Pantanella in southern Italy, were shot down by fighters of the German Air Force over the area of the Fernpass, one of which crashed 200m. north of the Lermoos Village Church. This B24 was from the 465 Bomber Group. 782 Bomber Squadron. From these eight Aircraft crewed by 79 airmen, 30 lost their lives on this day.

This was the only bomber where not one crew member was able to rescue himself by parachute.