Route of Commemoration No.24: The Three GIs Killed in Action 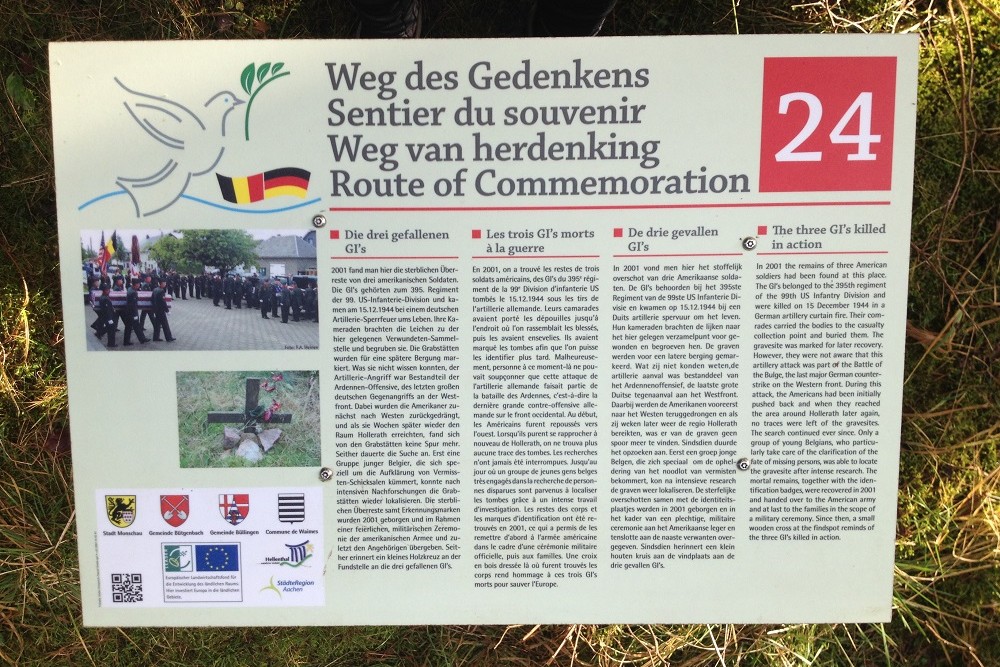 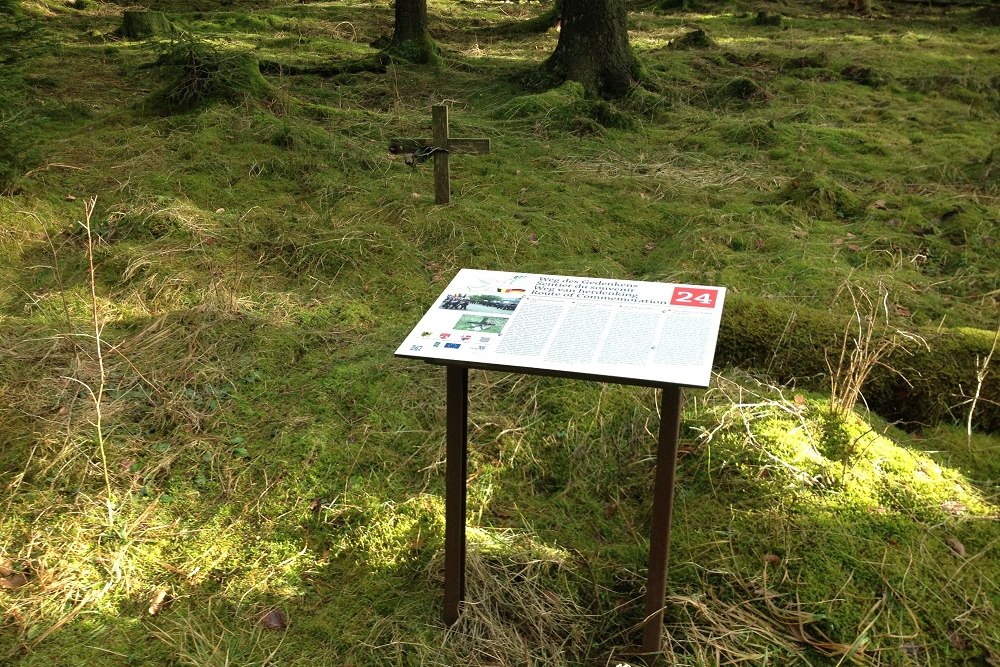 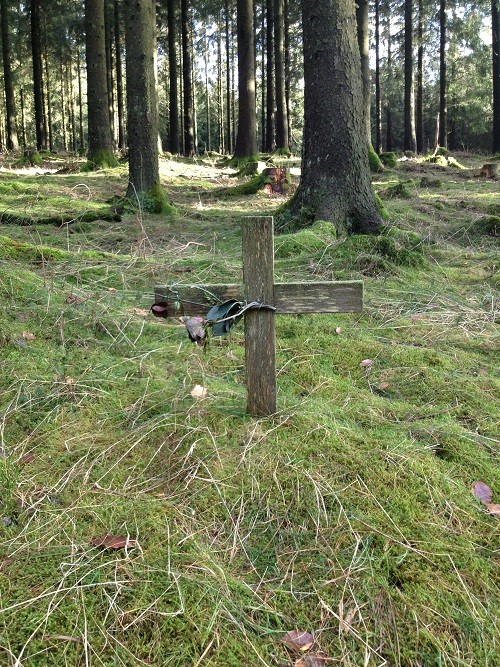 Info panel No. 24
In 2001, the remains of three American soldiers had been found at this place. The GIs belonged to the 395th Regiment of the 99th US Infantry Division and were killed on 15 December 1944 in a German artillery curtain fire. Their comrades carried the bodies tot he casualty collection point and buried them. The gravesite was marked for later recovery. However, they were not aware that this artillery attack was part of the Battle of the Bulge, the last major German counterstrike on the Western Front. During this attack, the Americans had been initially pushed back and when they reached the area around Hollerath later again, no traces were left of the gravesites. The search continued ever since. Only a group of young Belgians, who particularly take care of the clarifying of the fate of missing persons, was able to locate the gravesite after intense research. The mortal remains, together with the ID tags, were recovered in 2001 and handed over to the American army and at last tot he families in the scope of a military ceremony. Since then, a small wooden cross at the findspot reminds of the three fallen GIs.