Route of Commemoration No. 16: The Houses Kérsch 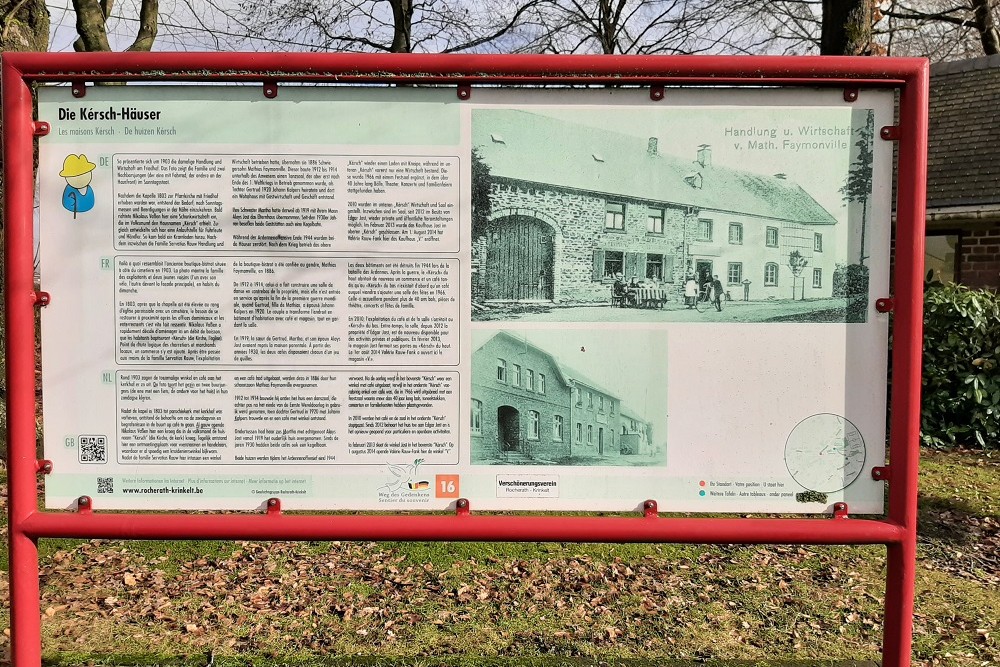 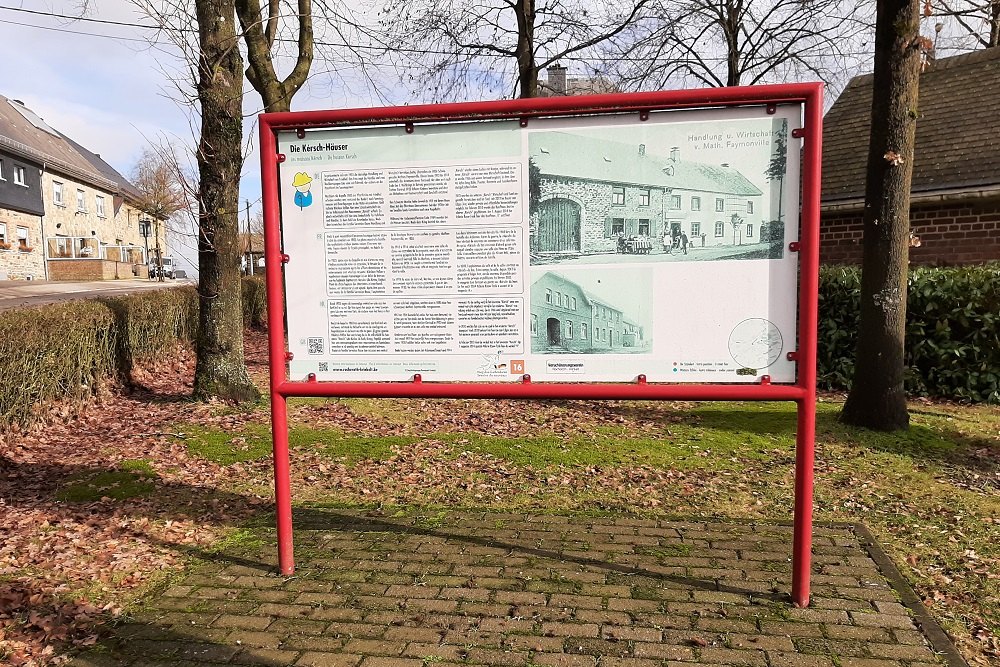 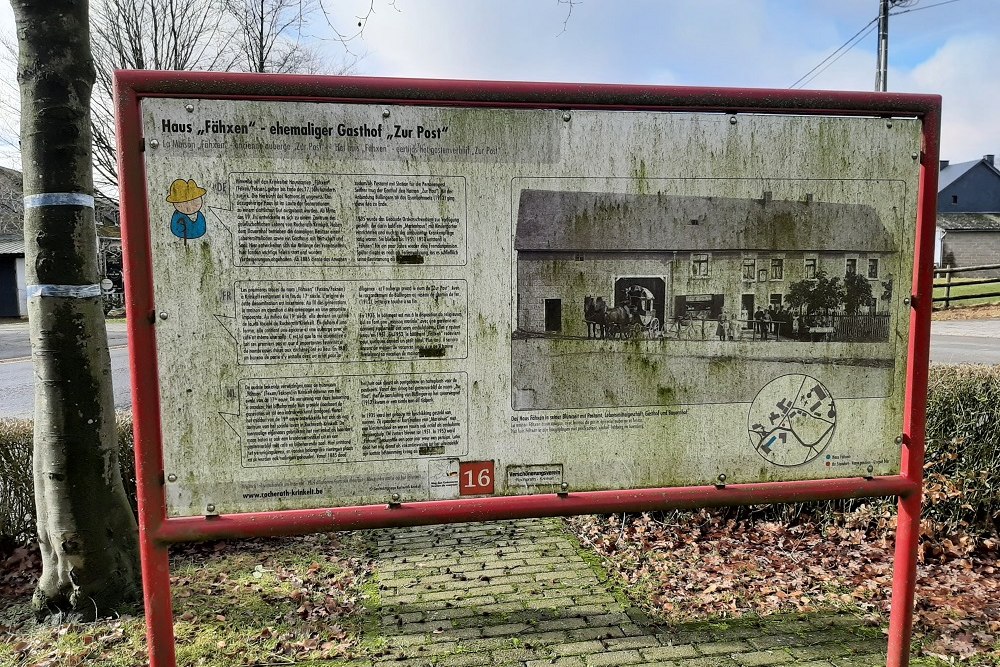 Info panel No. 16
This is how the activity and pub next to the churchyard appear in 1903. The photo shows the family and two neighbourhood boys, one holding a bicycle and the other standing at the front of the house, wearing their Sunday best.
After the chapel had been raised to the status of parish church with churchyard in 1803, the requirement arose to come to Sunday masses and funerals in the vicinity. Nikolaus Vaßen soon established a public house here that was given the house name "Kérsch", a word from the local dialect. At the same time, a drop-in centre for waggoners and traders was established here. A general store would also soon be opened there. In the meantime, the Servatius Rauw family had been running the operation and the pub and in 1886 it was taken over by son-in-law Mathias Faymonville.
Between 1912 and 1914, Mathias Faymonville built a dance hall below the premises, which would nonetheless only become operational after the end of World War I when daughter Gertrud married Johann Kalpers in 1920 and a home with a pub and shop appeared there.
From 1919, her sister Martha had meanwhile taken over the parental house with her husband Aloys Jost. From the 1930s, each establishment also held a ninepin alley.
In the Battle of the Bulge at the end of 1944, the houses were both destroyed. After the war, the upper "Kérsch" ran a shop with tavern, while in the lower "Kérsch" there was only a pub for the time being. A banquet hall would be added to it in 1966, in which over 40 years of balls, theatre, concerts and family celebrations were held. In 2010, the pub and banquet hall had been shut down in the lower "Kérsch", while in 2013 the shop in the upper "Kérsch" was closed for good.