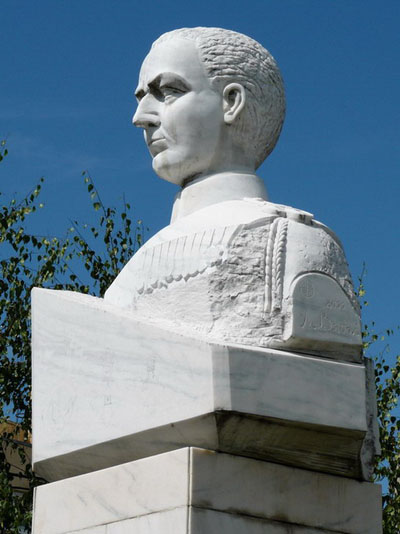 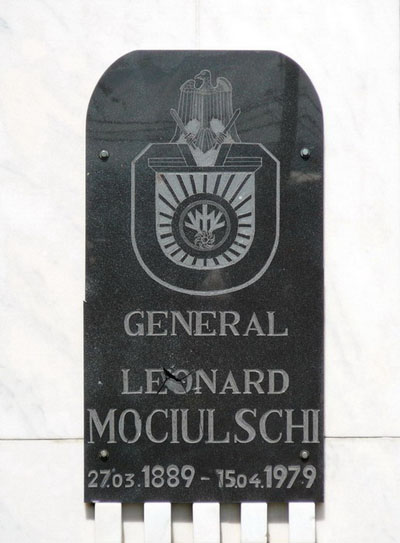 Monument for the lieutenant-general Leonard Mociulschi, the last commander officer of the Romanian Mountain Corps at the end of the WWII. He was awarded during his military career for more than 40 years in the service of the nation with several high orders, such as the French "War Cross" (during the WWI), the Finnish "Cross of the Liberty" and the Romanian "Michael the Brave" (WWII). After the war, despite his bravery on the battlefields, he was arrested by the Communists and imprisoned in Jihlava Penitentiary for more than 7 years and 2 month. He also worked in a detention center at the construction of the Danube - Black Sea channel. Released in 1955, he lived in misery and died in 1979.