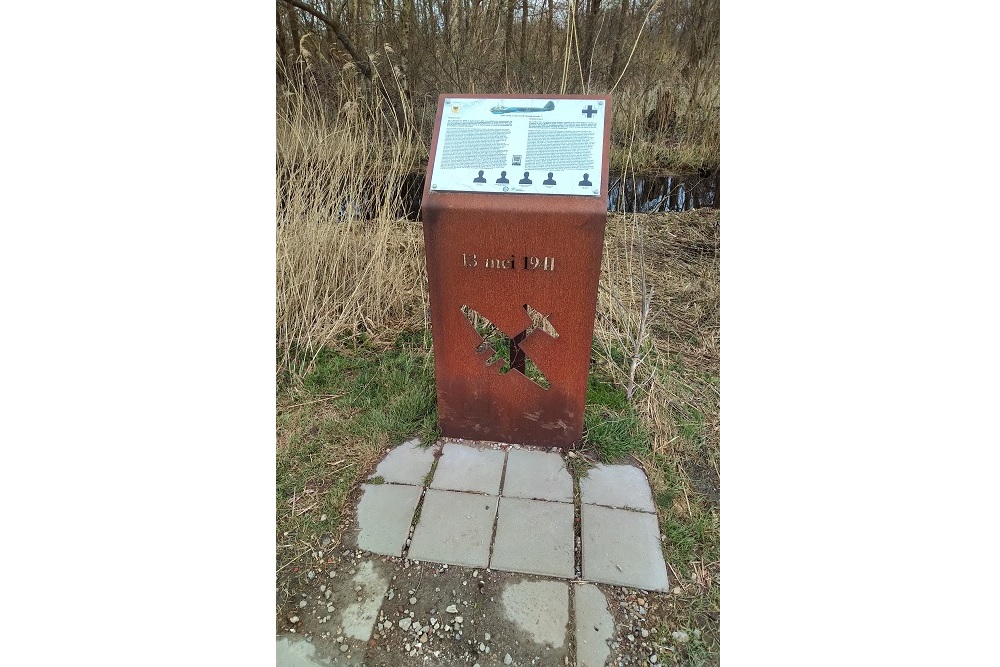 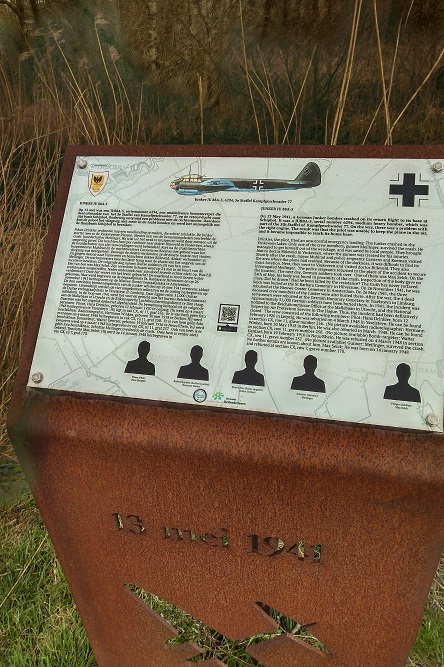 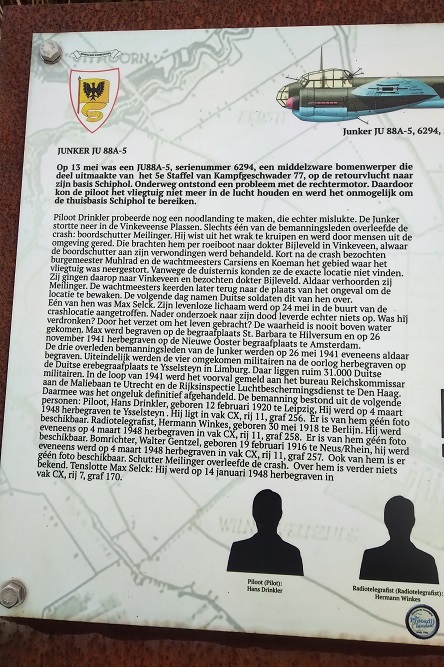 On 13 May 1941, a German Junker bomber crashed on its return flight to its base at Schiphol. It was a Jubba-5, serial number 6294, medium heavy bomber, which was part of the 5th Staffel of Kampfgeschwader 77. On the way, there was a problem with the right engine. The result was that the pilot was unable to keep the plane in the air, and it became impossible to reach its home base.
The Junker crashed in the Vinkeveen Lakes. Only one of the crew members, gunner Meilinger, survived the crash.