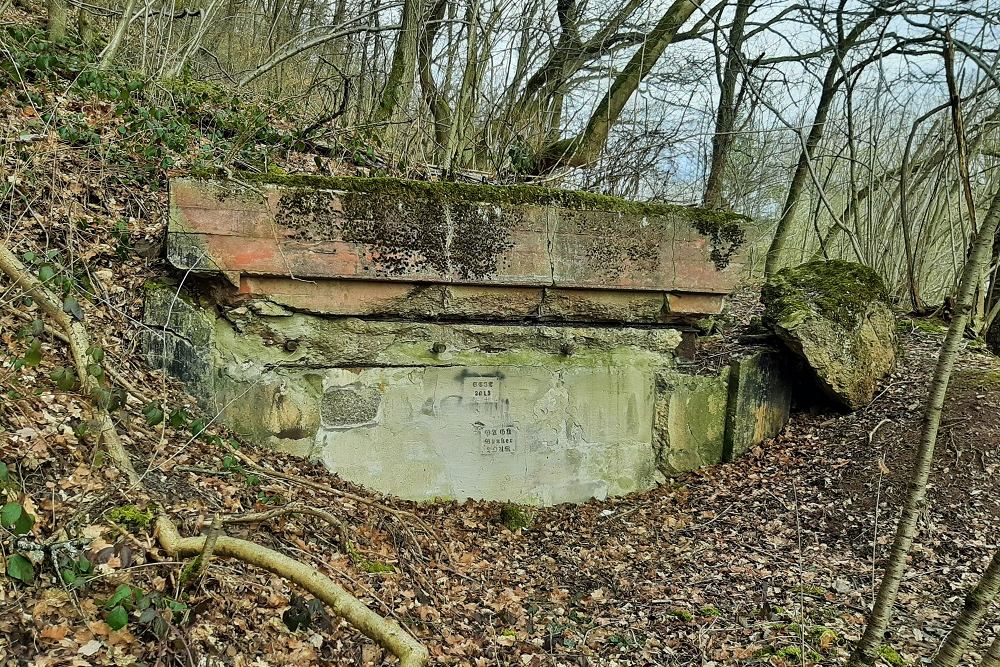 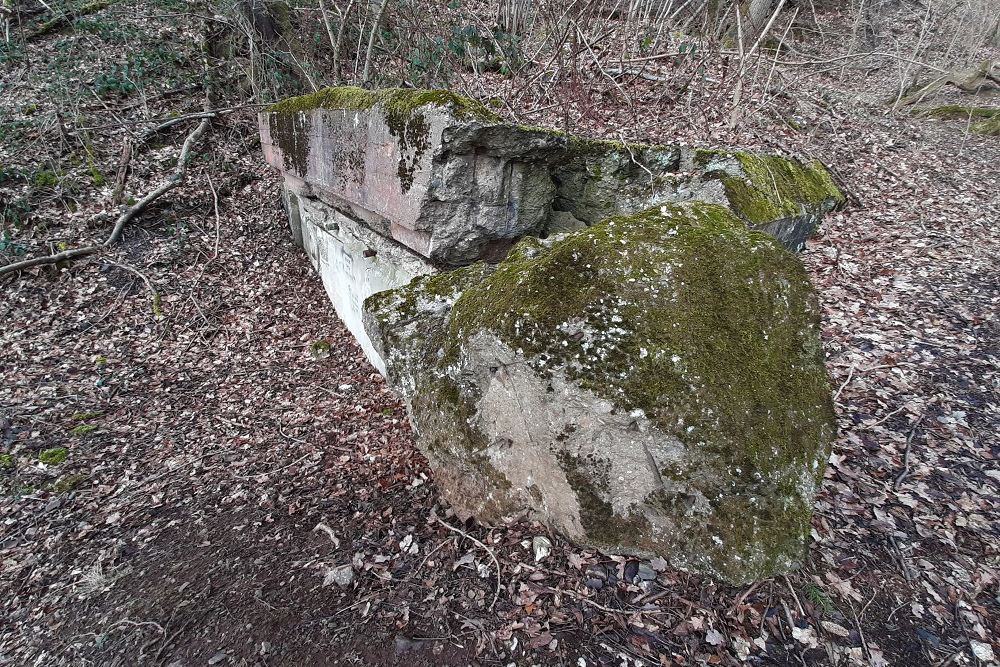 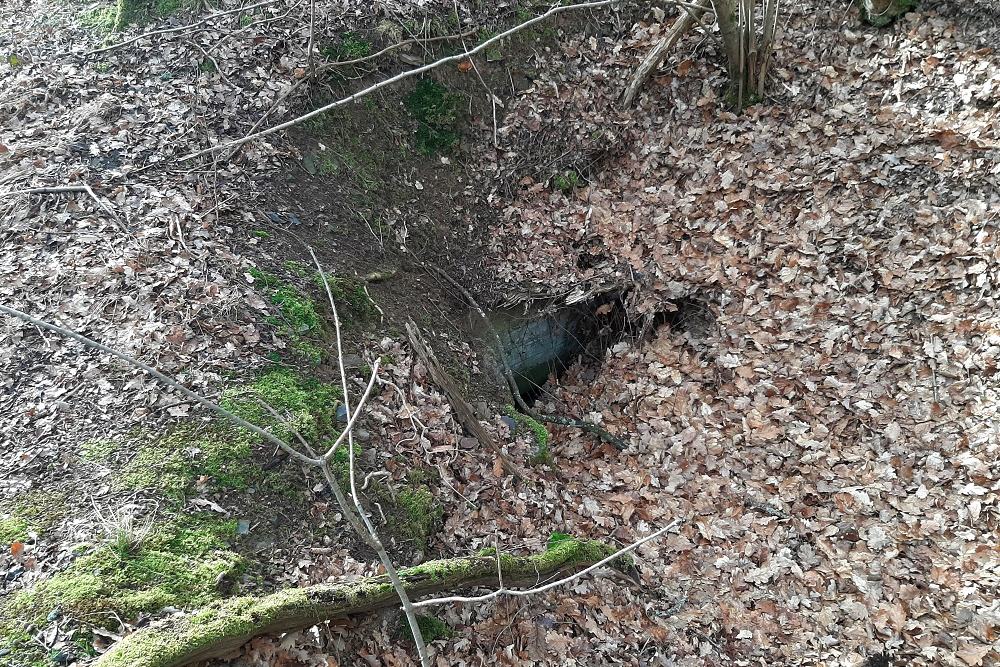 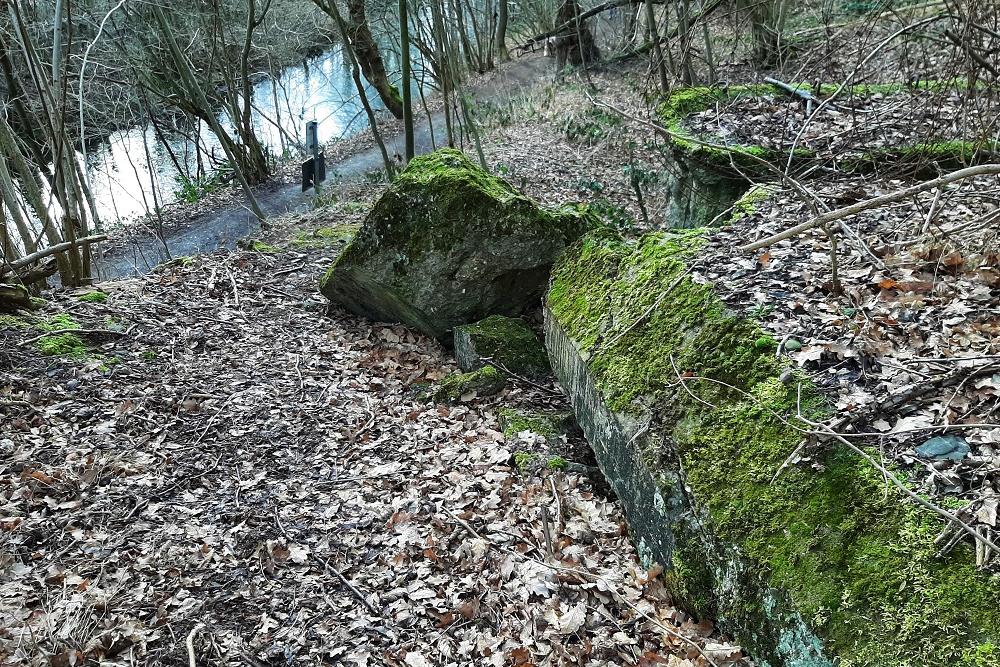 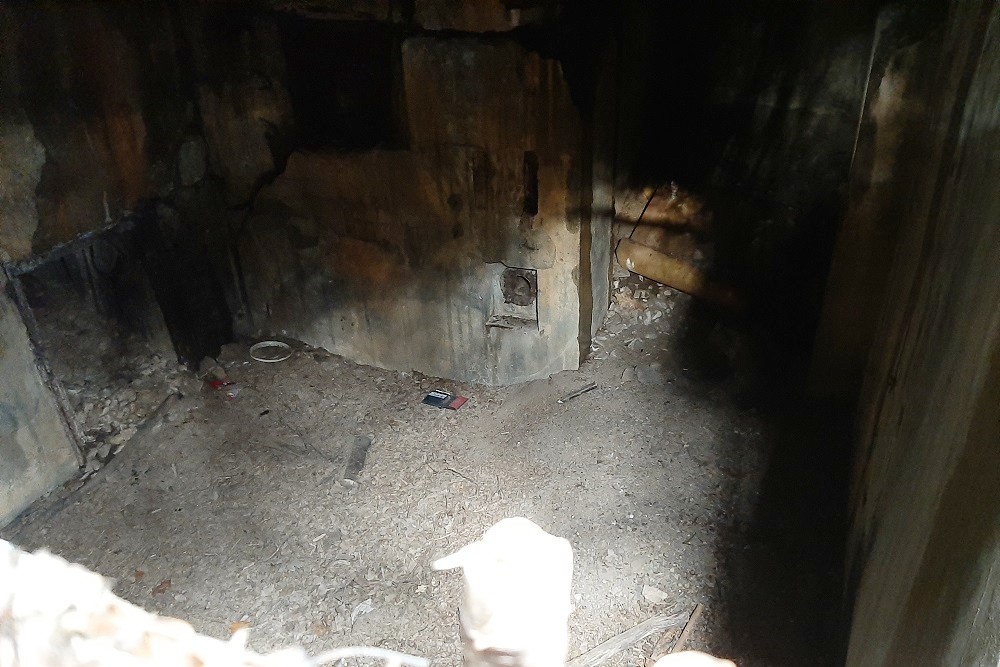 A "Denkmal des Unerfreulichen" (monument of horror) was called the "Westwall".
The MG bunker here was part of the second line to strengthen the western border of the German Reich, the so-called "Limes-position" which was built from 1938 onwards. Although military construction activities were normally kept secret, the NS government made a lot of propaganda about this defensive project in order to hide their offensive war preparations from future adversaries.
The "Westwall" ran from the border with the Netherlands in the north to Switzerland in the south. The propaganda about the "Westwall" turned out to be somewhat effective for the German army towards the end of World War II, because for a time the Allied troops remained in front of the "Westwall". Despite this, the war continued, with dire consequences for the Eifel and in particular for Gemünd. The small town was between the fronts for two months and under constant fire from artillery and aerial bombardments. What the Allies could not destroy was blown up by the German "Wehrmacht" and only a ruin remained of the town.