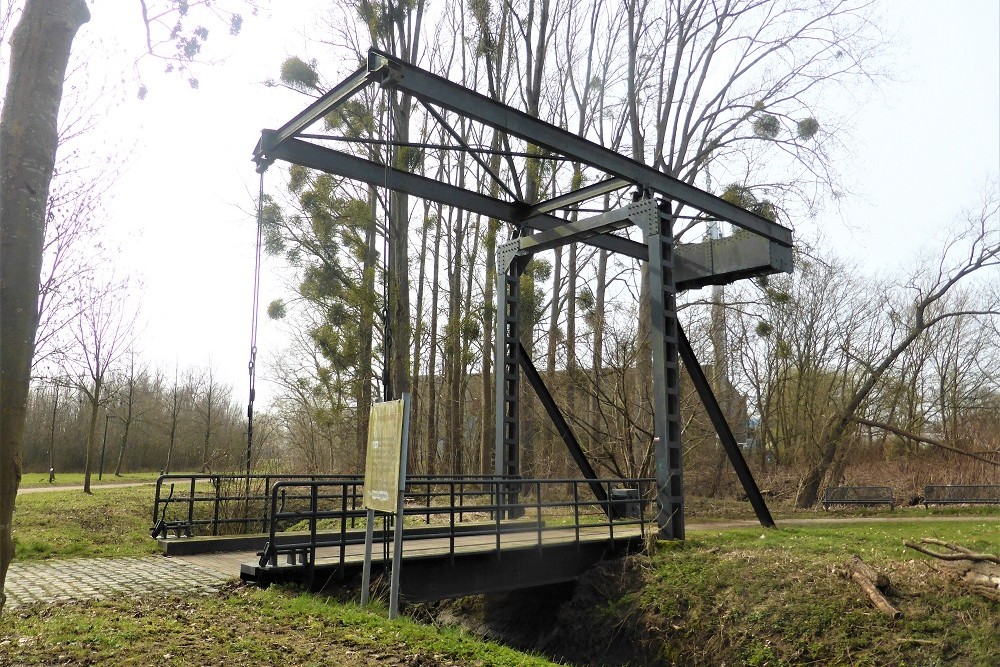 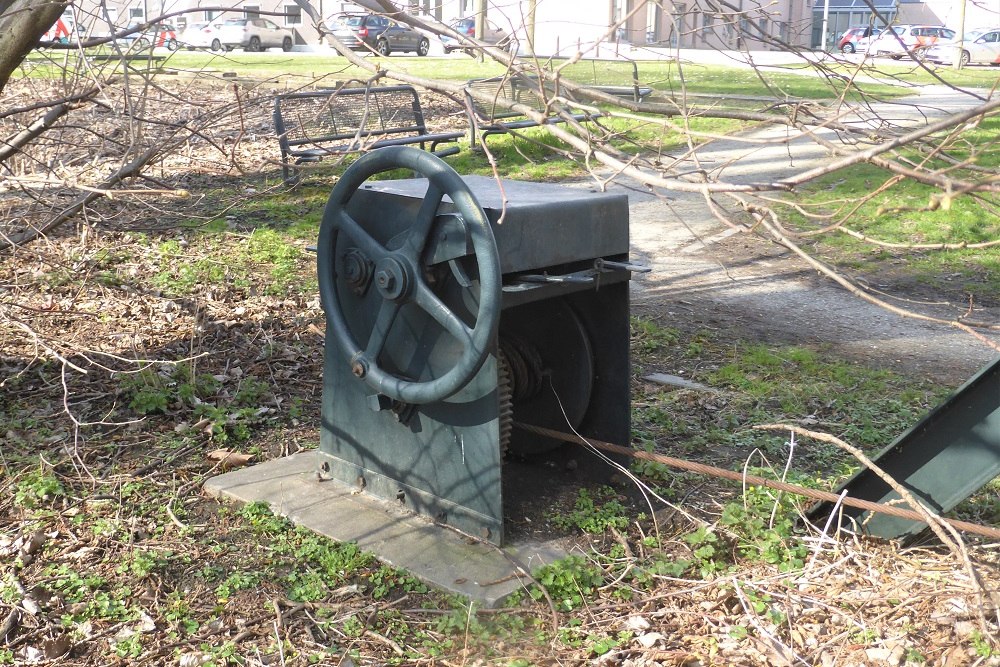 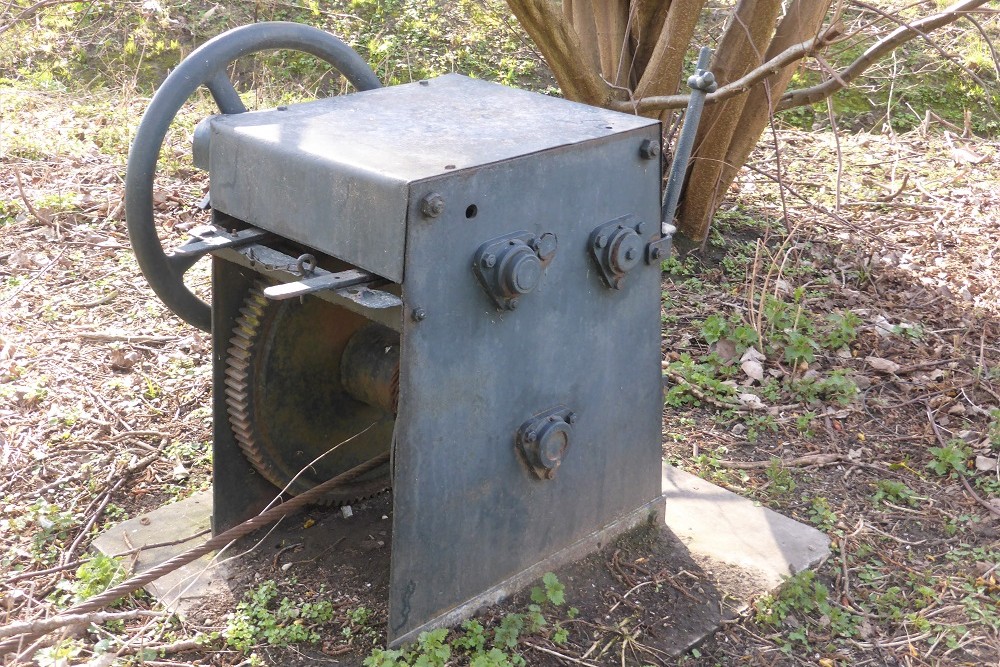 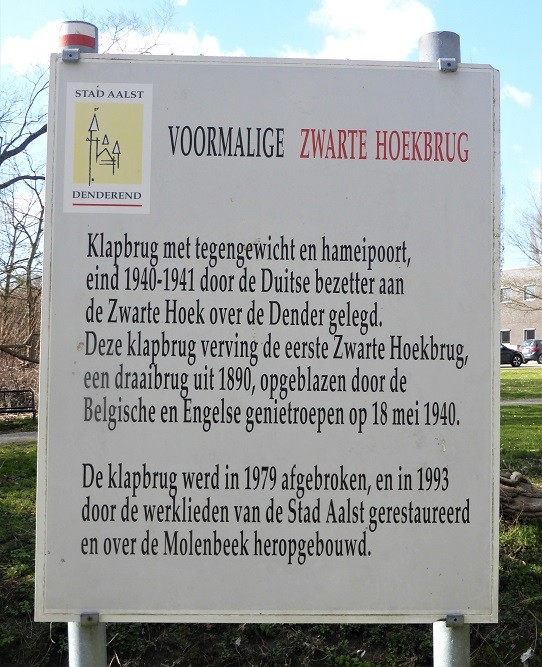 Commemorative plaque "City of Aalst - Roaring"
"FORMER BLACK CORNER BRIDGE
Folding bridge with counterweight and Hamei gate, laid by the German occupier at the Zwarte Hoek over the Dender at the end of 1940-1941.
This folding bridge replaced the first Zwarte Hoek bridge, a swing bridge from 1890, blown up by the Belgian and English engineers on May 18, 1940.

The folding bridge was demolished in 1979, and in 1993 restored by the workmen of the City of Aalst and rebuilt over the Molenbeek. "

The Zwarte Hoek bridge over the Dender was originally a swing bridge from 1890 that would have a turbulent history.

During WWI, Aalst was used for weeks in combat between the Belgian army and the German invader. This led to clashes in the middle of the city, the most tragic of which took place on the right bank of the Dender on September 26 and 27, 1914.
When the advancing invasion troops tried to take the Zwarte Hoek Bridge, they ran into Belgian defenders who fiercely defended themselves. The attackers cooled their panic and frustration on the local residents. They set houses on fire, forced local residents to walk in front of them like living shields, and killed people with gunshots and bayonet stabs. About 35 civilians were killed. From September 27, 1914 to November 11, 1918 Aalst was therefore a city under German occupation.

The bridge, which was repaired immediately after the war, eventually served until the Second World War. On May 18, 1940, the Zwarte Hoek Bridge, the St. Anna Bridge, the Zeeberg Bridge and the railway bridge (with some railway wagons placed on it) were blown up by Belgian and English engineers to cut off the advance of the Germans.
The Dender battles cost the lives of 40 German and 20 Belgian soldiers, mainly Ardennes hunters. On May 20 Aalst was a city occupied by the Germans.
The German occupier soon had the bridge replaced by a metal drawbridge that was recovered in another location.

This original German folding bridge now stands as a historical heritage over the Molenbeek in the Swimming Pool Park on the Albrechtlaan in Aalst.