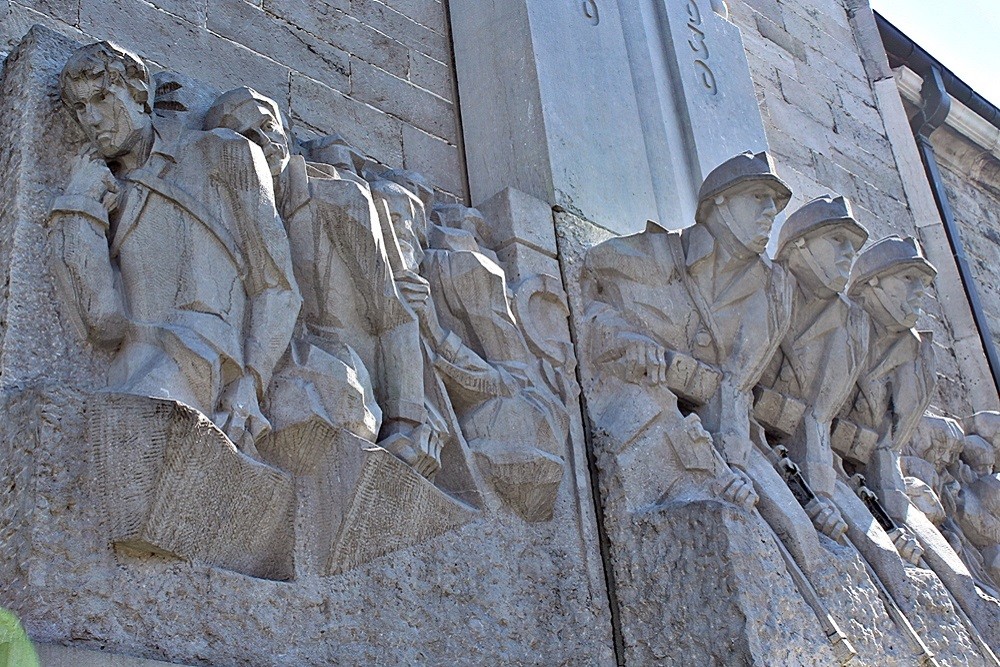 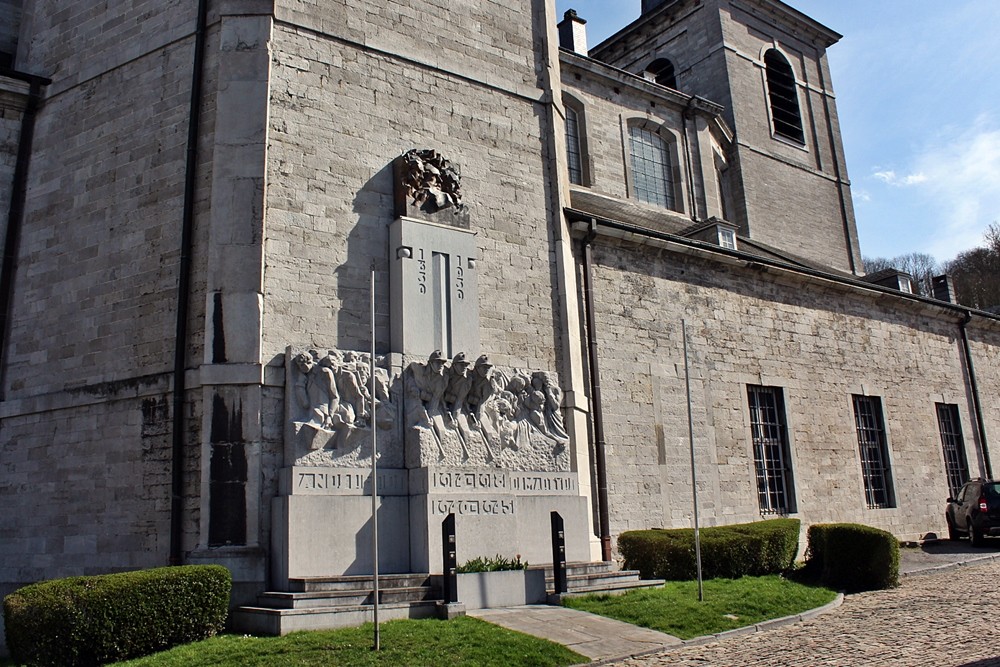 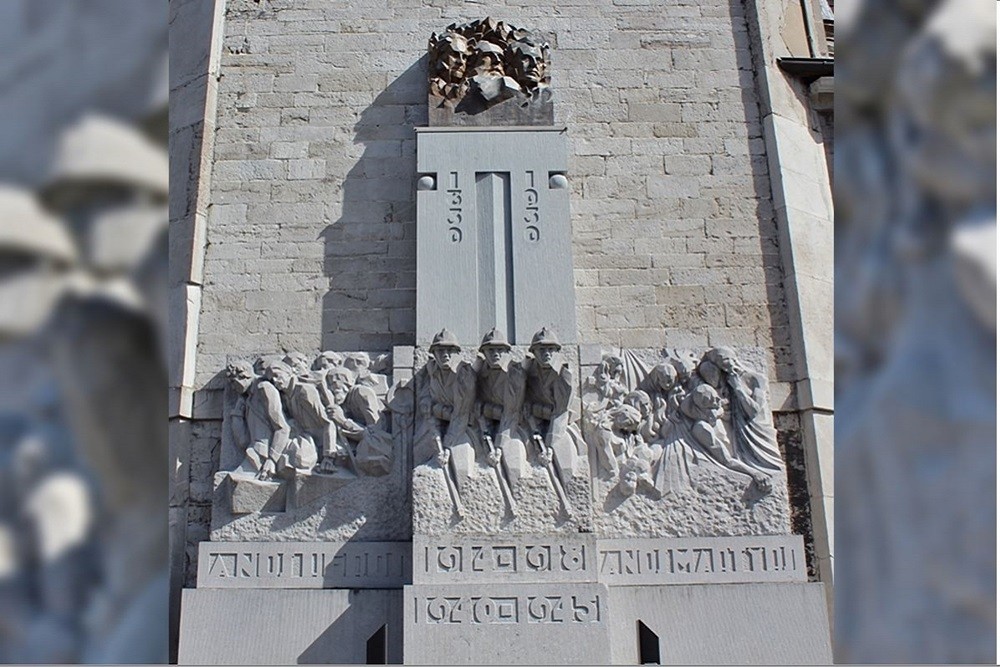 This monument, formally called the 'Monument aux Morts de la Place du Chapitre', is located against the south wall of the church 'Collégiale Sainte-Begge.' It pays tribute to all the victims of both world wars of Andenne, but it was completed in 1930, erected in response to the heavy toll paid by the city in the First World War.

About the monument
Just a few weeks after the armistice of 1918, a municipal commission was set up with the aim of raising the necessary funds for the construction of a monument. A competition was held and the sculptor Mascré from Woluwe-Saint-Pierre and the architect Allard from Ixelles were chosen as executors. Although the city council and the Royal Commission for Monuments and Sites approved the final design on December 20, 1920, the work could not be carried out due to lack of financial means. The money collected was entirely spent on the burial place of the civilians who were killed on the bank of the Maas. However, the idea was not abandoned. In 1929, Doctor Dardenne, representative of the city of Andenne on the committee, was ordered to negotiate the inauguration of the monument in 1930, on the occasion of the centenary of national independence. The sculptor Mascré had in the meantime passed away and the new design is by the well-known Hene-gouw sculptor Angelo Hecq (1901-1991). Prince Leopold inaugurated the monument on October 26, 1930.
It is an impressive, bluestone monument in "Art Deco" style, 6 meters wide and 10 meters high. In the center we see three soldiers, the weapon at the ready. On their right, the deported men are depicted, heartbroken and with their suitcases in hand. On the other side, women mourn their dead. The monument is crowned by the bronze heads of the three first Belgian monarchs.
The memorial does not contain names of victims. The inscriptions "1830 - 1930", "TO OUR HEROES 1914 - 1918" and "1940 - 1945 TO OUR MARTIES" refer resp. towards Belgian independence and both world wars.