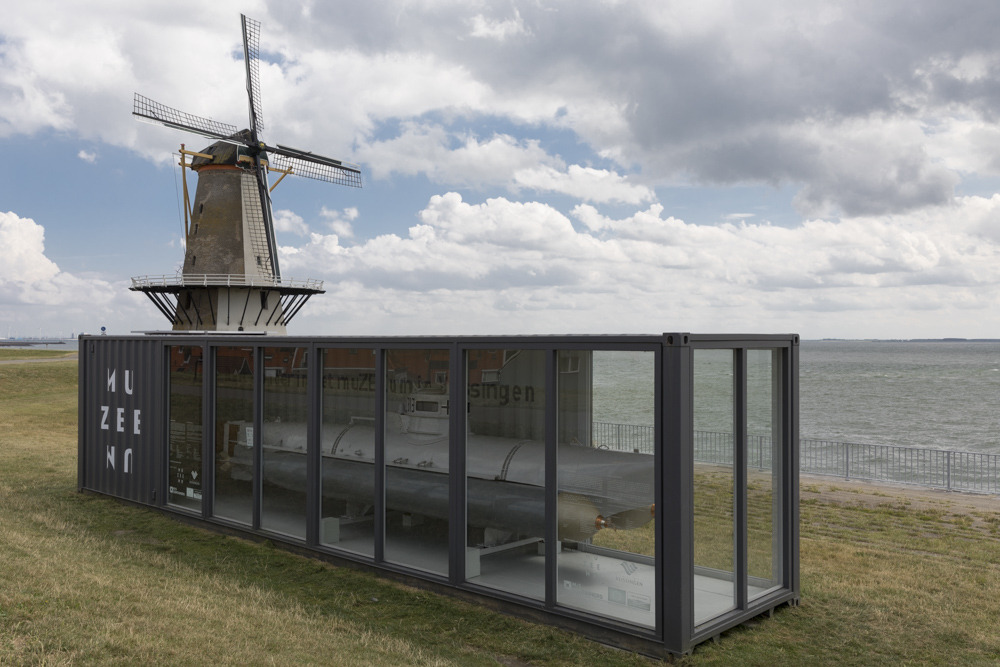 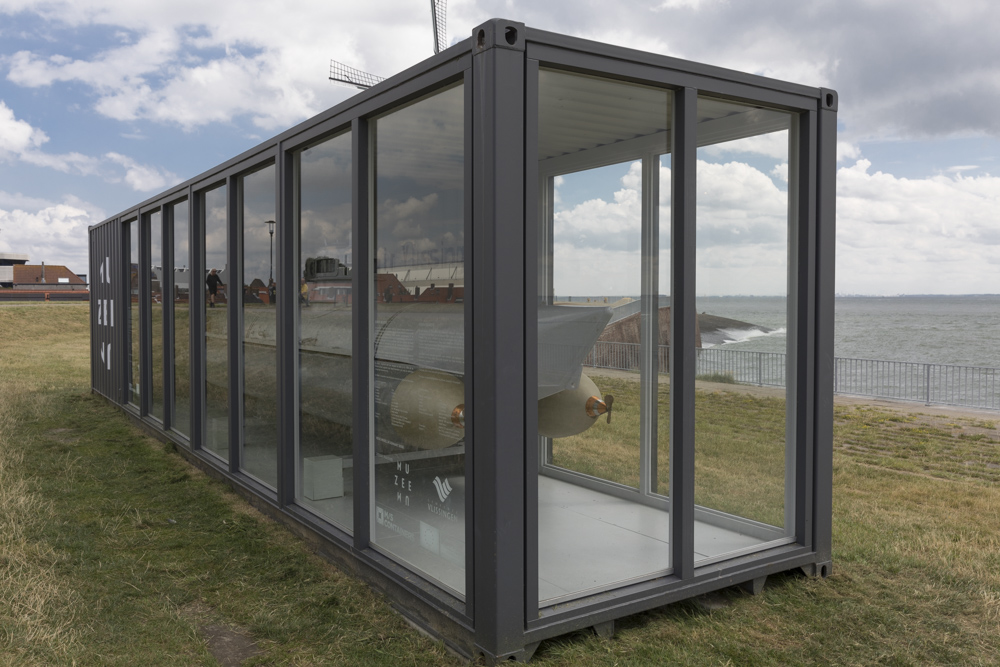 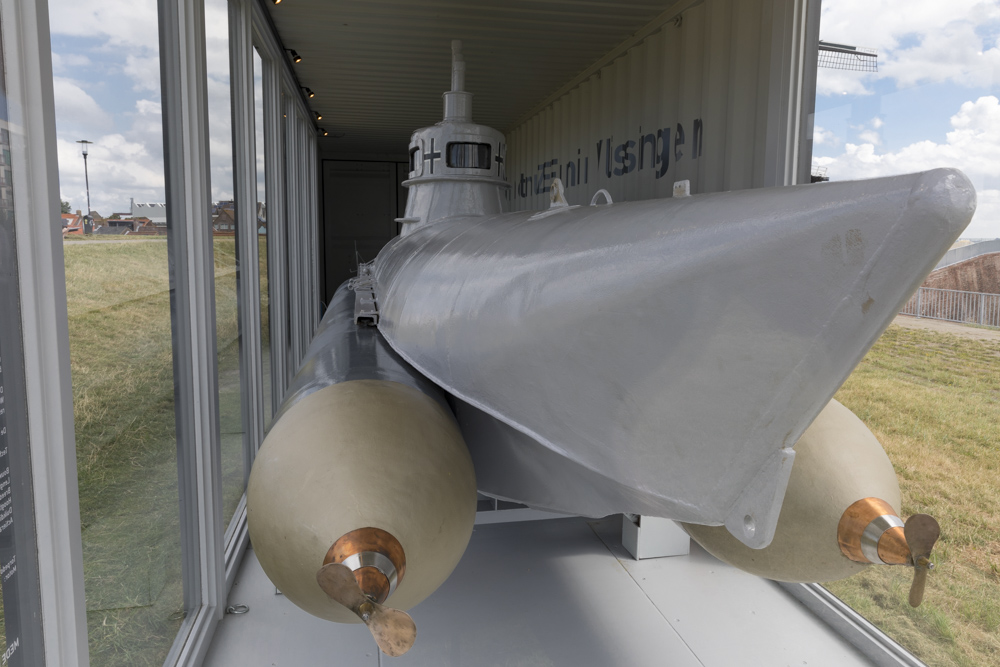 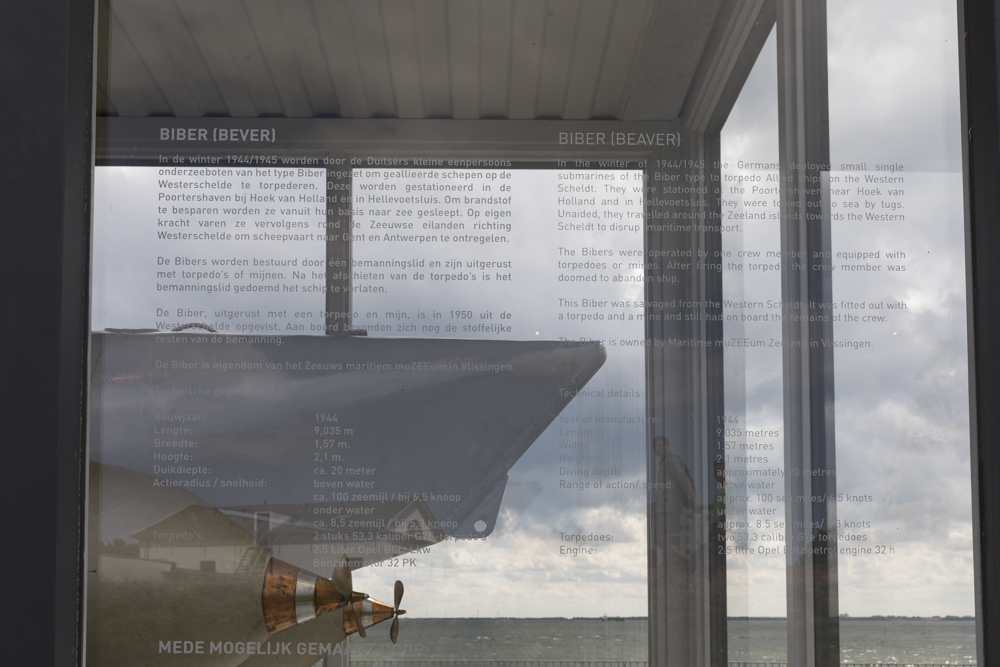 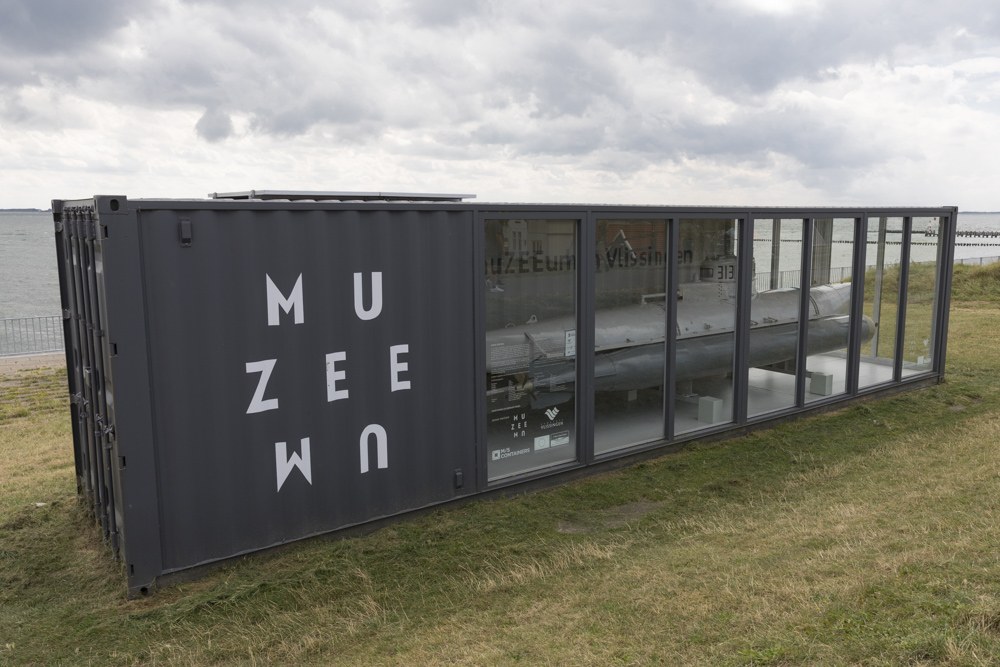 In the last years of the Second World War the Germans started using small suicide mission one-man-submarines. These were equipped with two torpedoes. After firing those, the driver was obliged to abandon ship, because the submarine had a small range with its small engines.
In total 324 of those little submarines were built in Lübeck in Northern Germany. The British experimented already before with that type of weapon but declined to start up a large scale production. In November 1943 an English submarine of that class was captured by the Germans in Norway. On the shipyard at Lübeck the small craft was adapted for use by the Germans.
From August 1944 groups of larger numbers of those little ships were stationed along the North Sea coast in Belgium and The Netherlands, like in Rotterdam and Hellevoetsluis. Their duty was to defend the Dutch seaports during an allied attack.
One of those Bibers ran ashore before the coast of the Isle of Walcheren and sank away in the mud. This Biber has been salvaged in the eighties of the past century and restored by the pupils of the Technical School of the River Scheld.
After the Battle for the River Scheld most Bibers have been deployed along the Scandinavian coast.
This remarkable vessel belonged to the so called German Kleinkampfmittel (small weapon category) that were deployed by the Germans towards the end of the Second World War as the secret weapon against the shipping traffic on the river Westerscheld. These Kleinkampfmittel consisted, amongst others, out of one-man- and two-men-subs as well as of small, high-speed-launches and were deployed to inflict as much damage as possible to the allied convoys to and from Antwerp. The harbor of Antwerp had been liberated by the allies on September 4th 1944 and the German Kriegsmarine dedicated everything to impede the shipping to Antwerp. This Biber had been found on New Years Eve of 1950 on the Flushing approaches and was salvaged through the Oranjemolenstrandje.
It is now located in a glass container at the remembrance area in Flushing.