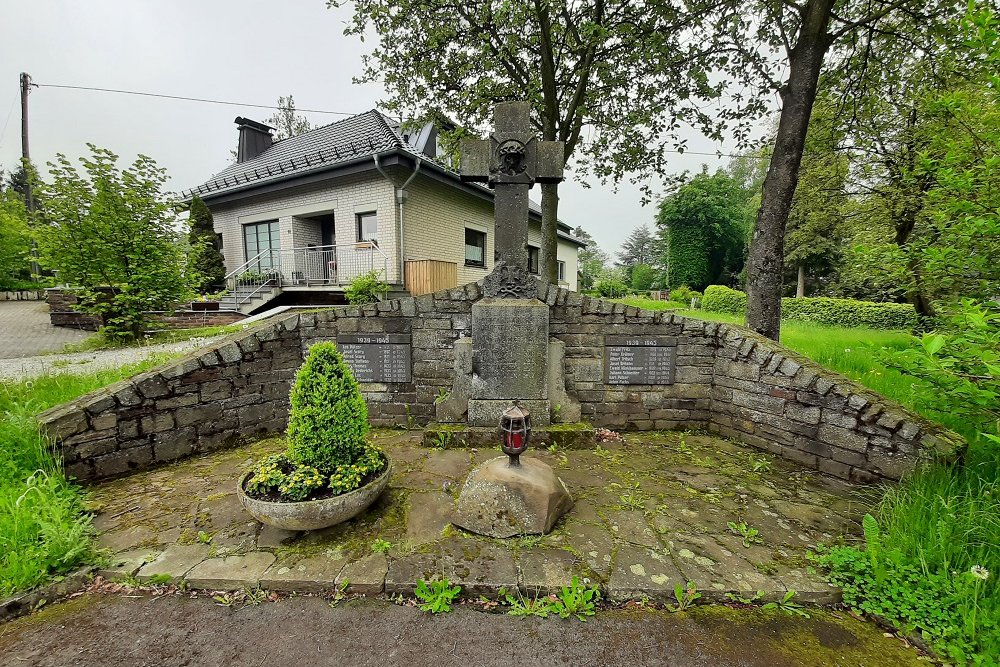 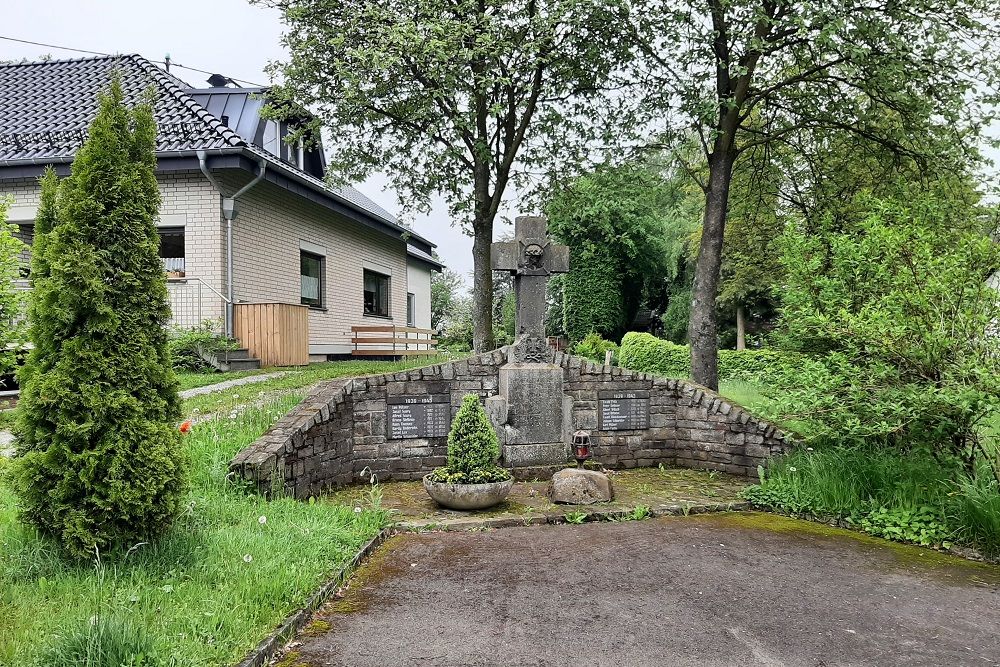 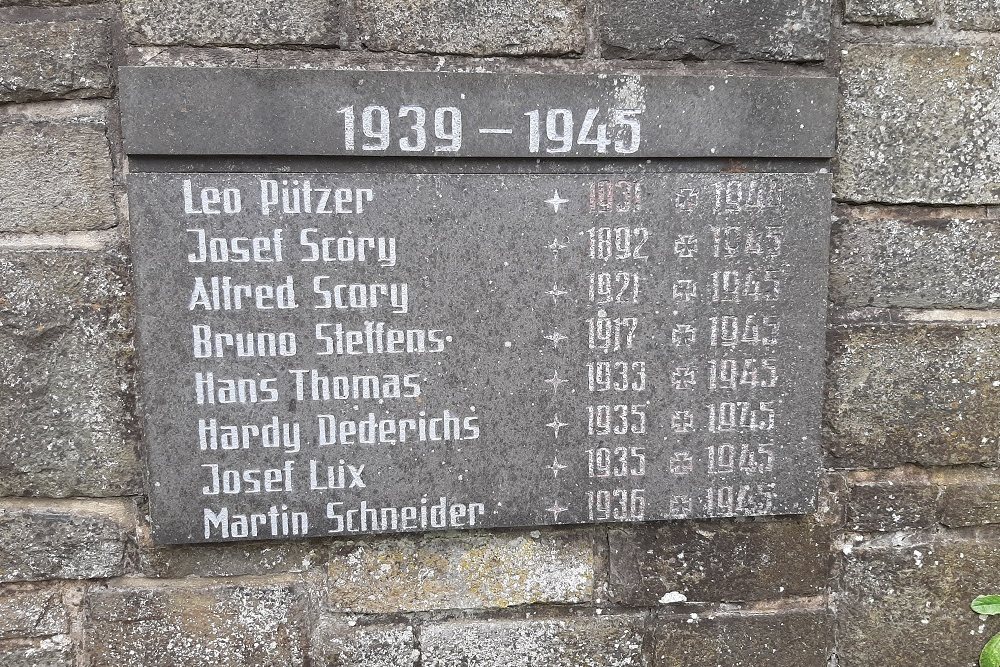 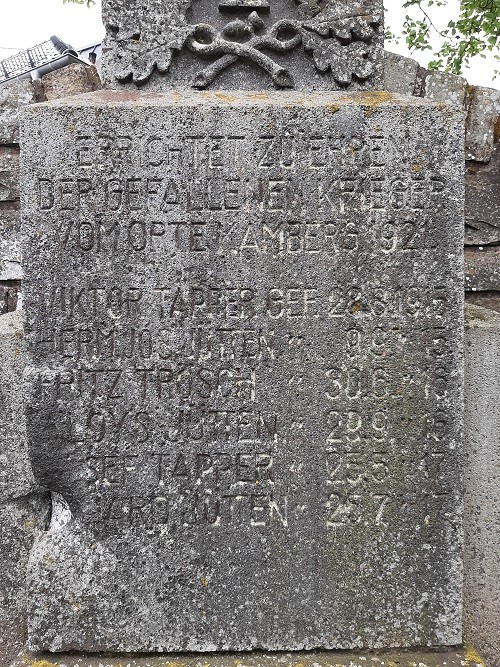 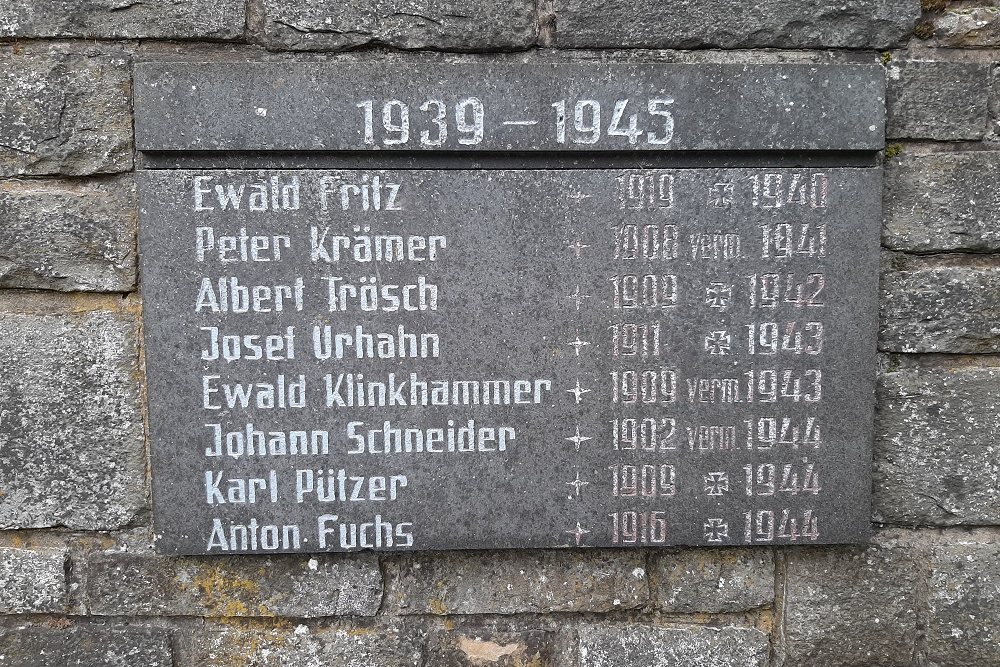 This memorial commemorates the fallen of the First and Second World War.

As early as 1921, on a high plinth in the village there was a basalt lava memorial cross for the fallen of the First World War. At the top of the cross a head of Christ with a crown of thorns, on each of the four corners a nail pointing to the head. At the foot of the cross the years 1914 - 1918, including an iron cross and two oak leaf branches. On the base an assignment and the names of the fallen.
After the Second World War, the cross was moved to its present location and a stone wall, bent forward at the ends, was built to which the left and right of the two stone slabs with the fallen soldiers of the Second World War are attached. cross in front of the wall. The complex is a listed building.