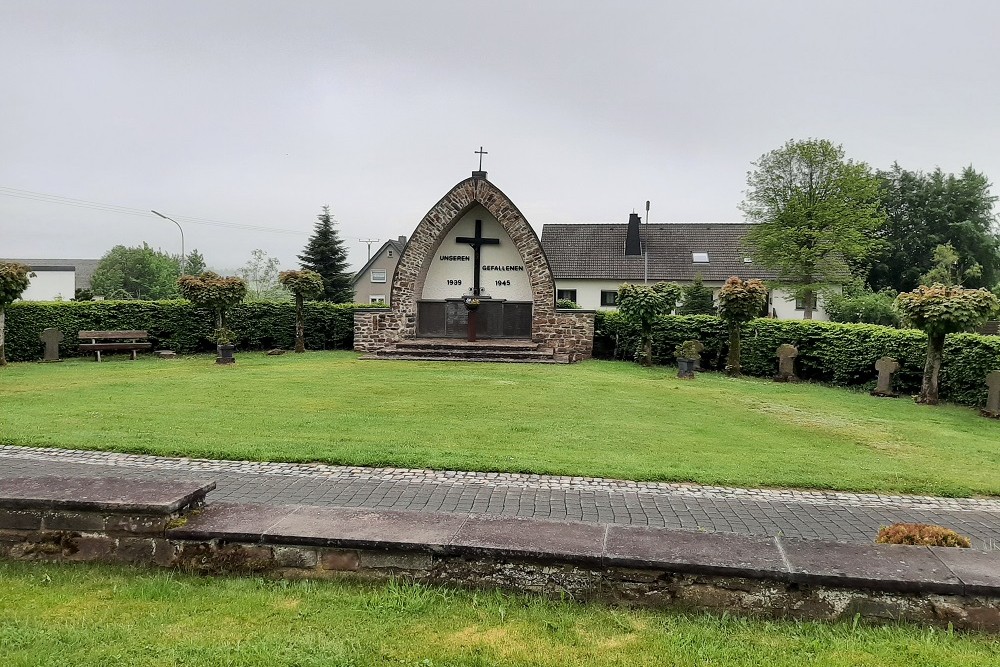 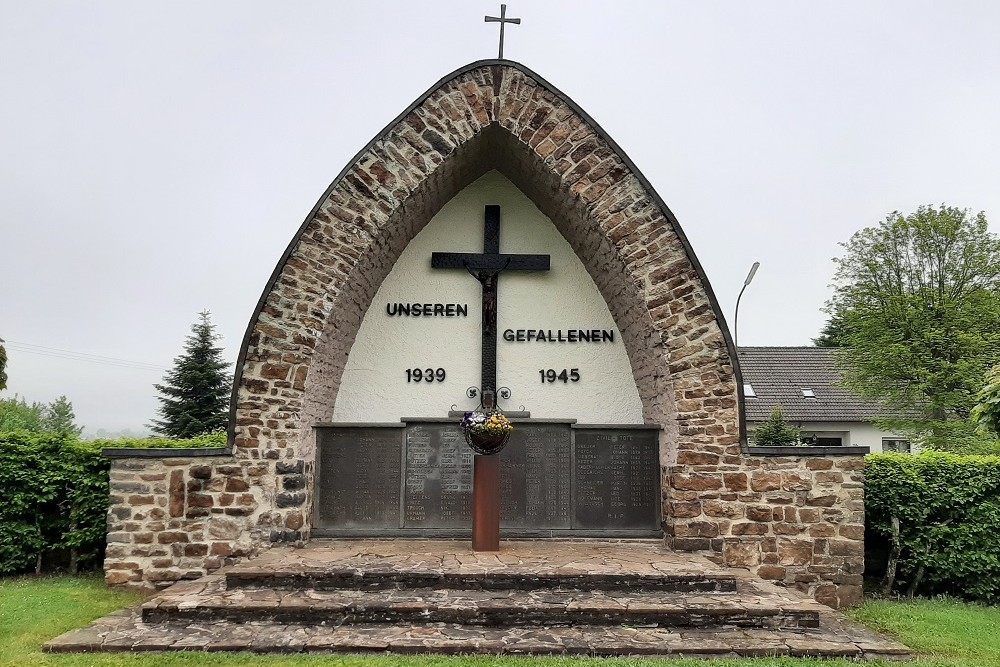 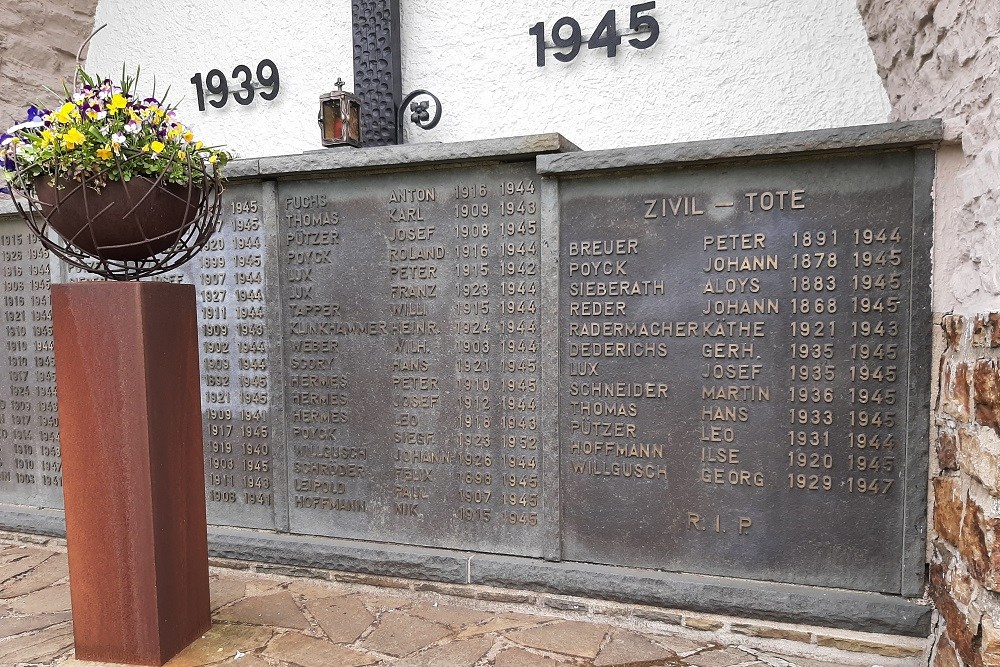 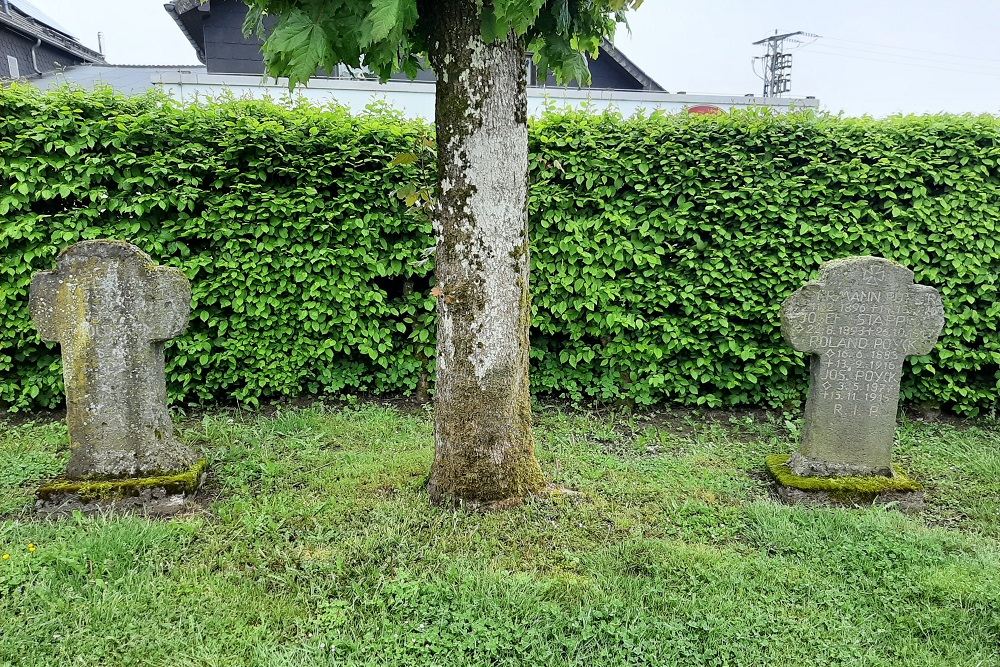 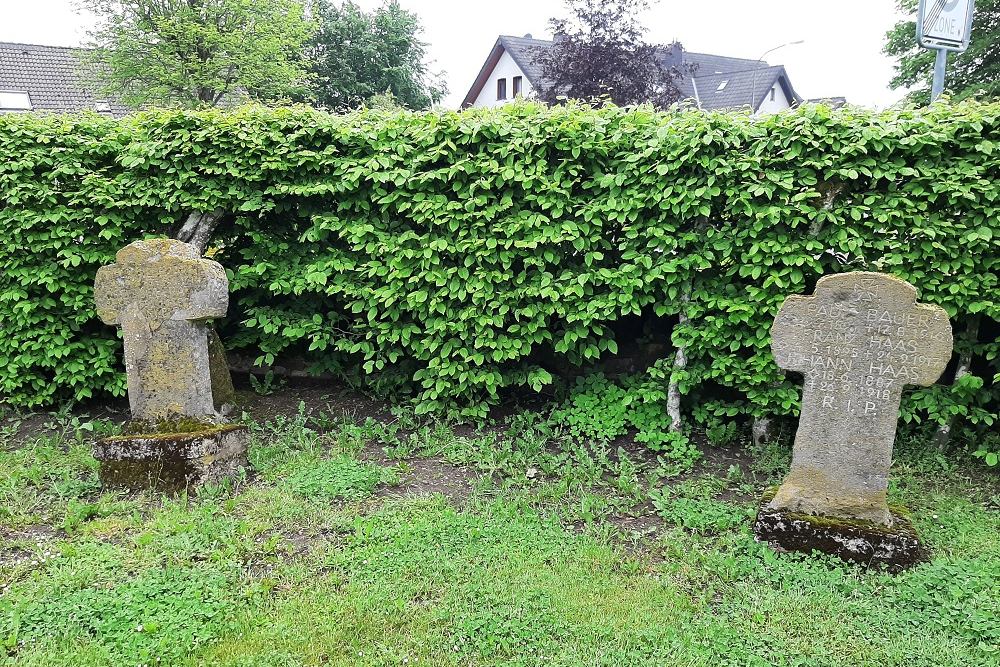 This memorial commemorates the victims and fallen of the Second World War.

Before World War II, Rescheid owned a memorial at the parish church of St. Barbara. A photo from 1931 already shows the vaulted niche, at the time with a relief called "Christ the King Image", left and right an assignment. A 1938 postcard reads the name "War Memorial Site". After the war, the monument was renovated, now on the village square, which was laid out in 1957. At this point there is only a cross with a corpus on the back wall of the vaulted niche. At an as yet undetermined time, an order of metal letters has been placed on both sides of the cross. At the foot of the cross today four metal plaques depicting the fallen and civilian victims of the Second World War.