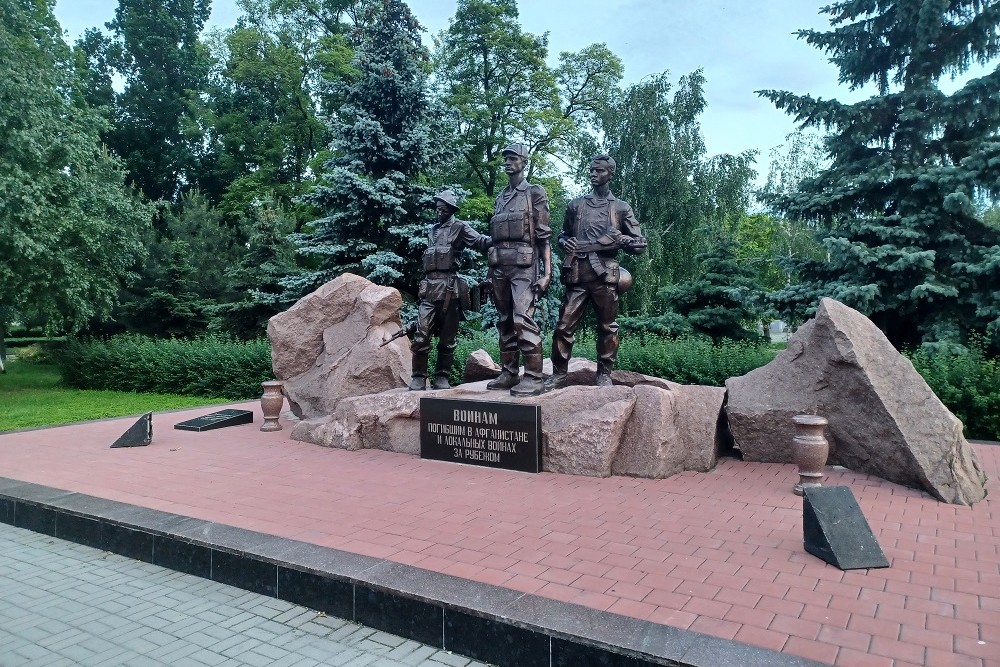 Founded in 1993 in honor of fellow soldiers who took part in the Afghan and local wars.

Thousands of soldiers took part in local struggles on the territory of foreign states where Soviet troops tried to establish their control and pursue a policy of conquering territories.

One of the longest-running military-armed conflicts was the war in Afghanistan, where Soviet troops moved in with their troops and equipment in 1978. Soviet soldiers died senselessly in the Afghan country for 11 long years: 5190 inhabitants of Zaporizhzhya visited the front, 127 of them died. According to the decision of the Geneva Convention of April 14, 1988, the USSR began withdrawing its troops from Afghanistan in May 1988, the war ended only in 1989.

The monument is a reinforced concrete three-part copper sculpture of soldiers, mounted on a low plinth of granite blocks. On the front of the pedestal is a plaque with a memorial in metal letters.