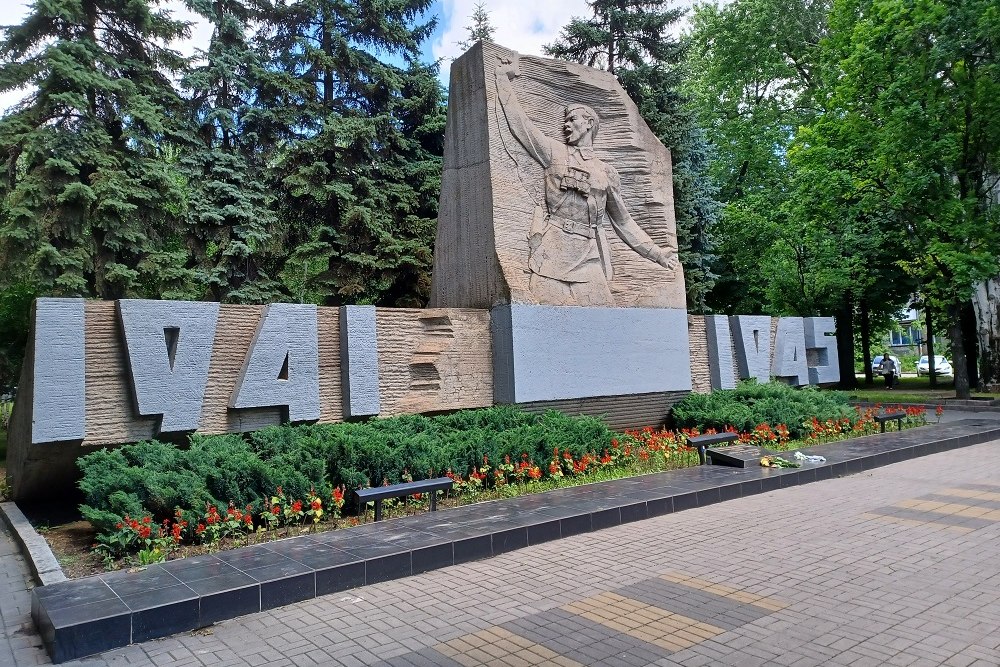 The granite monument "Kombat" was unveiled in 1975. It is based on a photograph of the same name taken during the war by Soviet photojournalist Max Alpert (1899-1980). The photo immortalizes a junior commissioner raising his TT pistol and preparing for the attack shortly before being (possibly) shot and killed by enemy fire.

Soviet propaganda at the time named the officer Oleksiy Yeremenko from Ekaterinoslav province (now Zaporizhzhya Oblast) and recorded the heroic act that took place on July 12, 1942 on a battlefield in Ukraine's eastern Luhansk region. The official version of events also stated that Yeremenko died not long after going over the top. However, a later study by a group of Ukrainian historians, combined with commentary from Max Alpert's own (1962) autobiography, revealed a number of discrepancies regarding the photograph, based on where and when it was taken, whether Yeremenko really was the person. was the one in the photo. , and even whether or not the photo was taken in the front line. Inconsistencies aside, the scene remains one of the most iconic Soviet images of World War II.