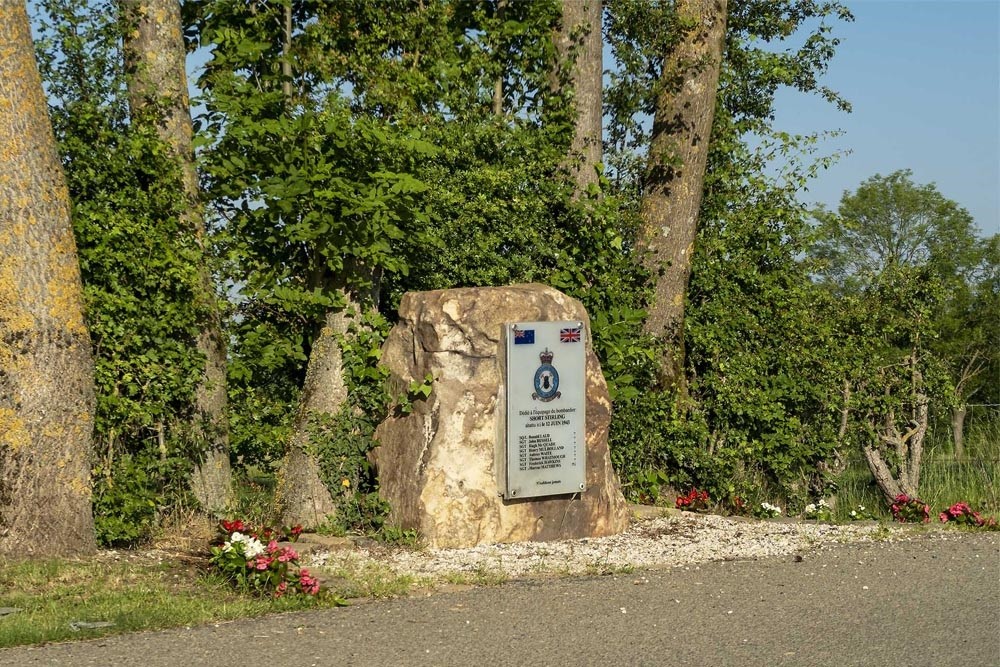 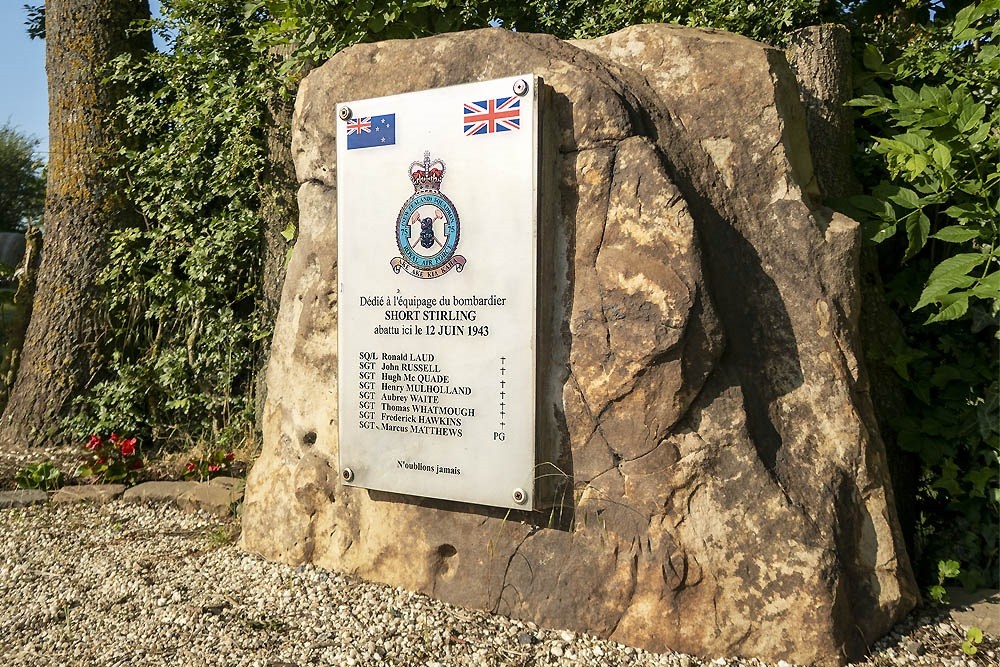 On June 11, 1943, sixteen aircraft were used to attack targets around Düsseldorf. One aircraft failed to return and two returned early due to engine failure. The missing aircraft was the Stiring Mk.III BK817 led by Squadron Leader R.H. laud.
The Stirling Mk.III BK817 AA-B was shot down by a night fighter (Oblt Wilhelm Telge, Stab II/ NJG1) en route to the target at 01:35 and crashed near Frodthier (Liège). All but the Rear Gunner died. They were buried at Heverlee War Cemetery.
Sgt Matthews survived and was captured.