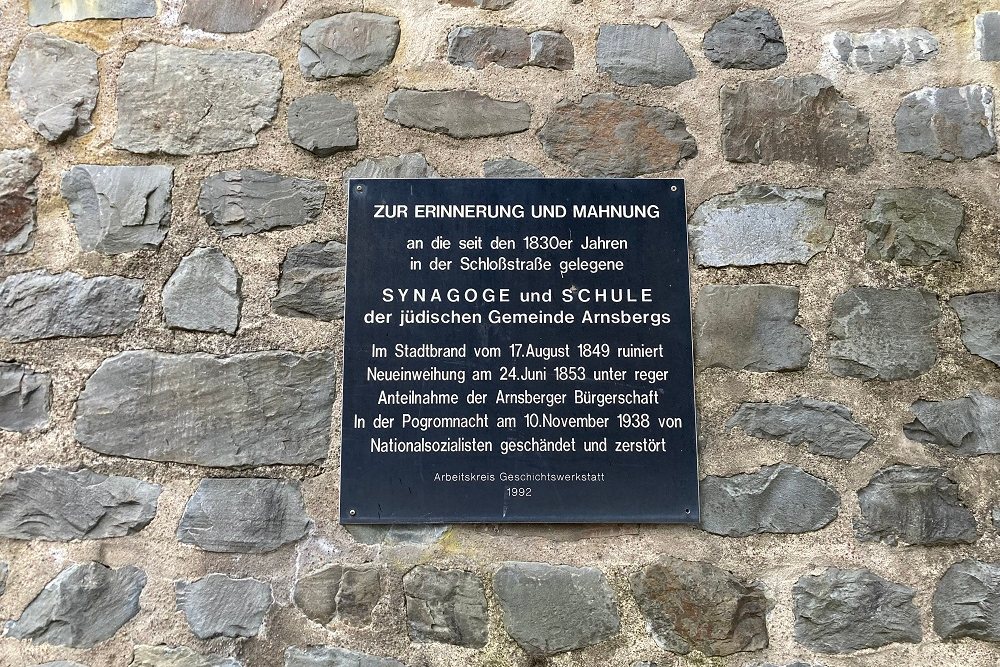 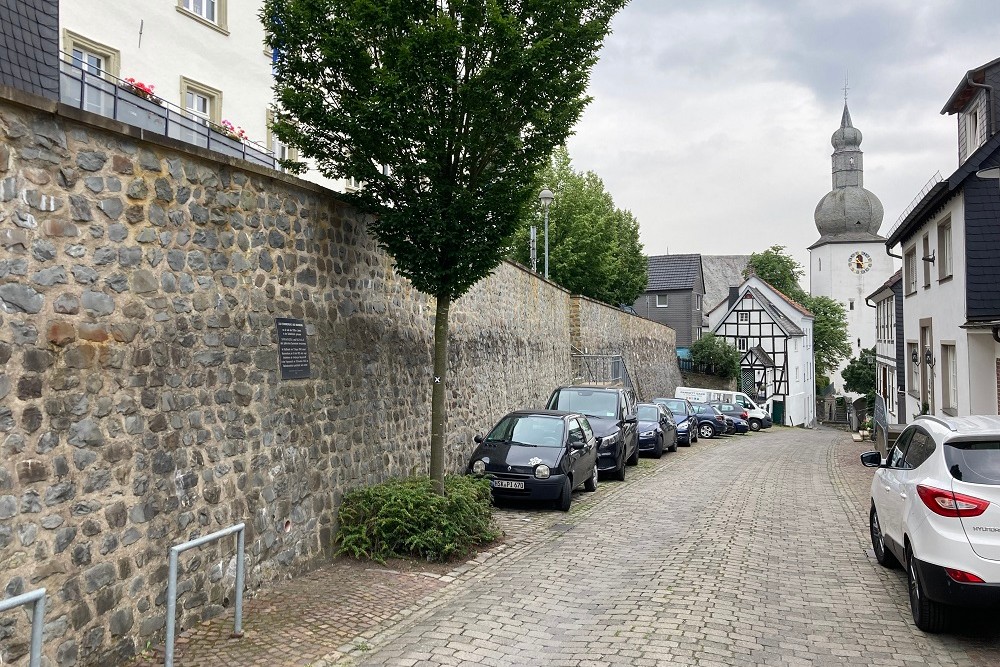 Since 1830, the synagogue and school of the Jewish community has stood on this site in the Schlossstrasse in Arnsberg.
On November 10, 1938, Pogromnacht, the building was destroyed and set on fire by the National Socialists.
During and after the Second World War, the building was converted into living space, losing its original role.