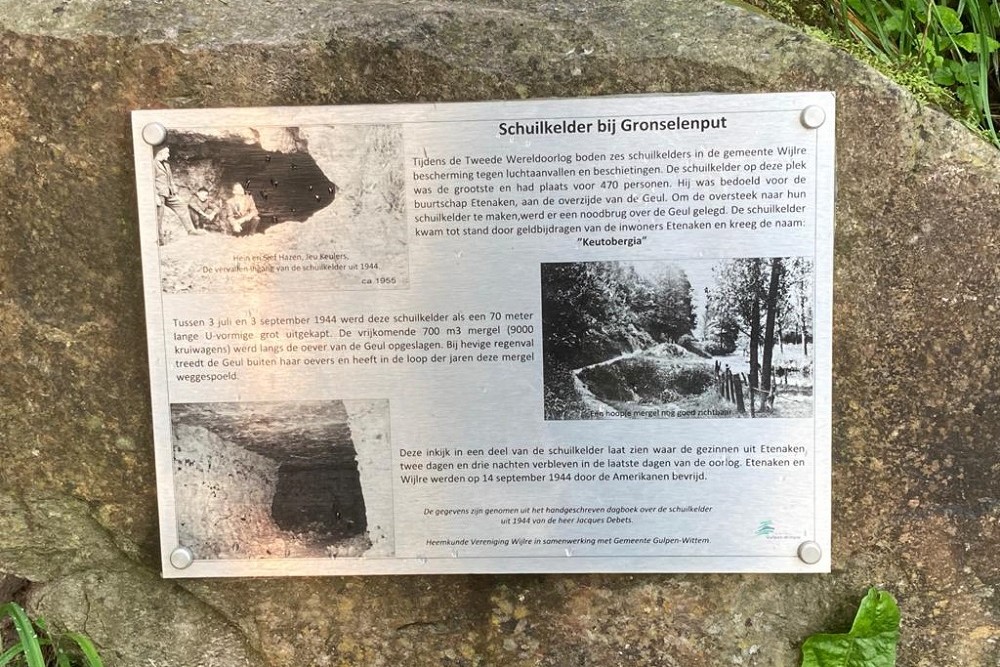 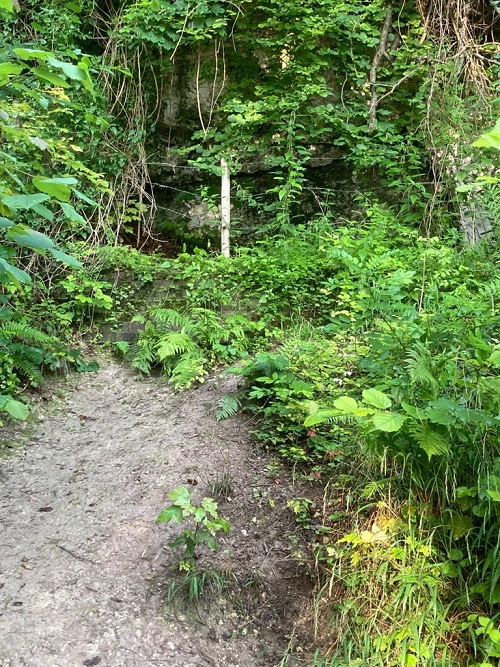 The Quarry under the Keutenberg or Keutobergia is an underground quarry and former air raid shelter in Dutch South Limburg in the municipality of Valkenburg aan de Geul. The quarry is located between Schin op Geul and Wijlre between the hamlets of Engwegen and Stokhem.
Between 3 July and 3 September 1944, an air raid shelter was built here during the Second World War where the local population from Etenaken could take shelter during air raids and shelling. An emergency bridge was built across the Geul so that the inhabitants could reach the air-raid shelter dry.

On September 14, 1944, Etenaken was liberated by the American Allies. Prior to the liberation, the families stayed in the bomb shelter for two days and three nights.

Around 1993 the quarry was closed off with a concrete wall provided with entry openings.