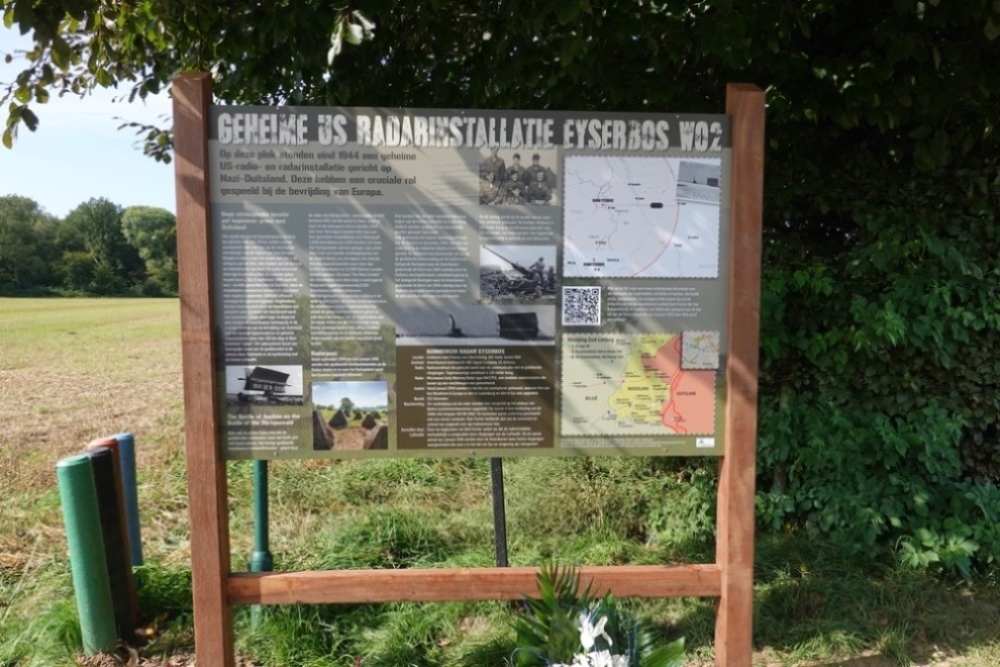 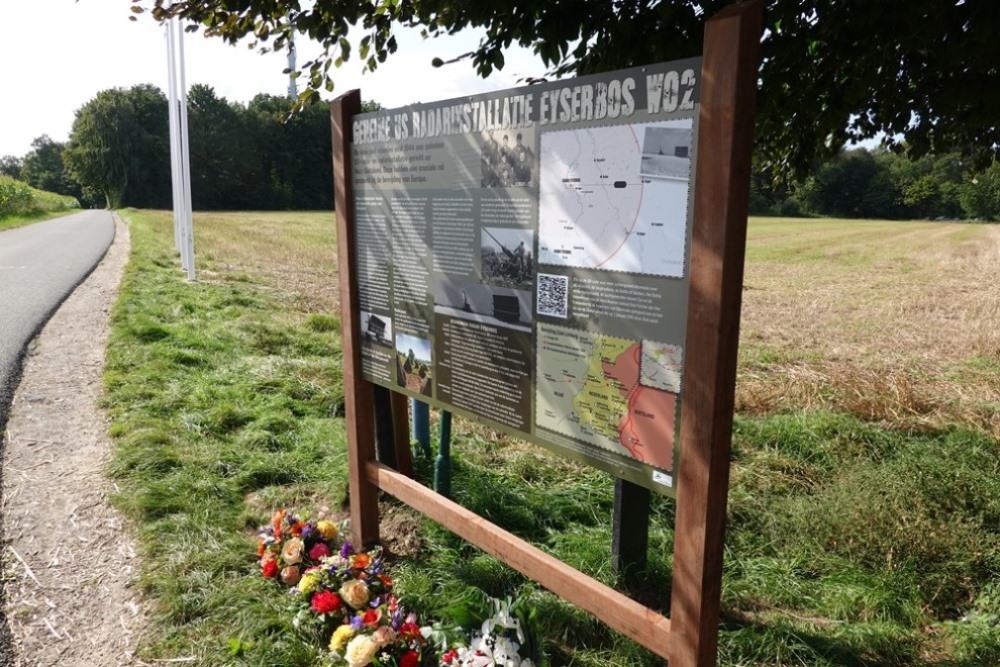 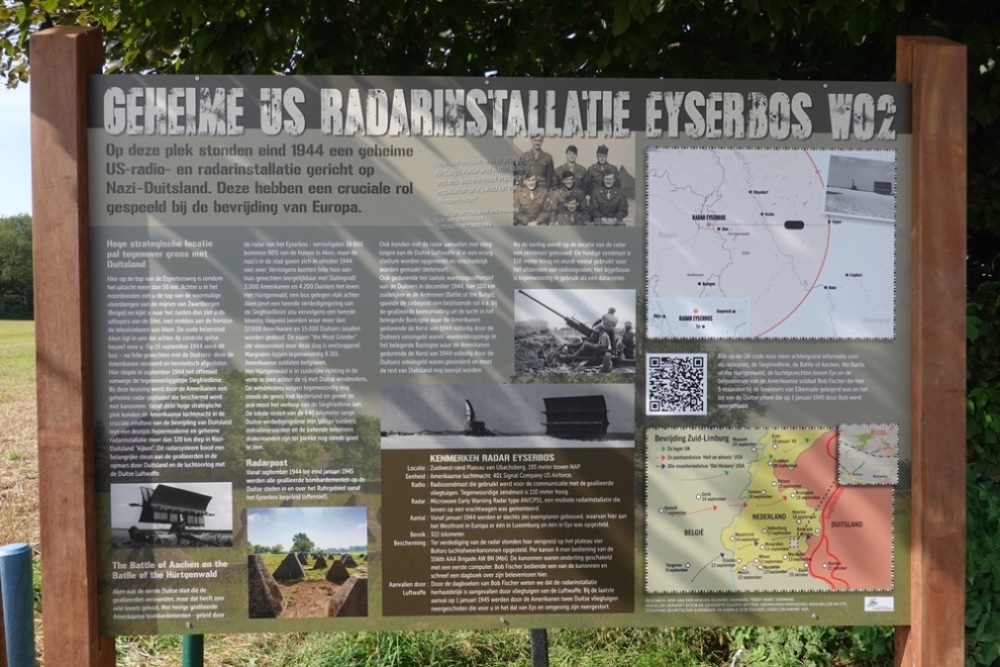 This information sign stands on the top of the famous Eyserbosweg-climb.

After the capture of the Eyserbos on 15 September 1944, an American radar installation that could see up to 320 km into Germany stood on this site. The radar, one of 6 of this type (Micro Wave Early Warning type AN/CP51), of which only 2 were in Europe, offered support to all Allied bombing raids on German cities and the Ruhr area until the end of January 1945. The radar also played an important role in providing support and supplies from the air during the Battle of the Bulge.
The radar was protected by 4 Bofors anti-aircraft guns and was attacked several times by German aircraft, whereby several aircraft also were shot down.