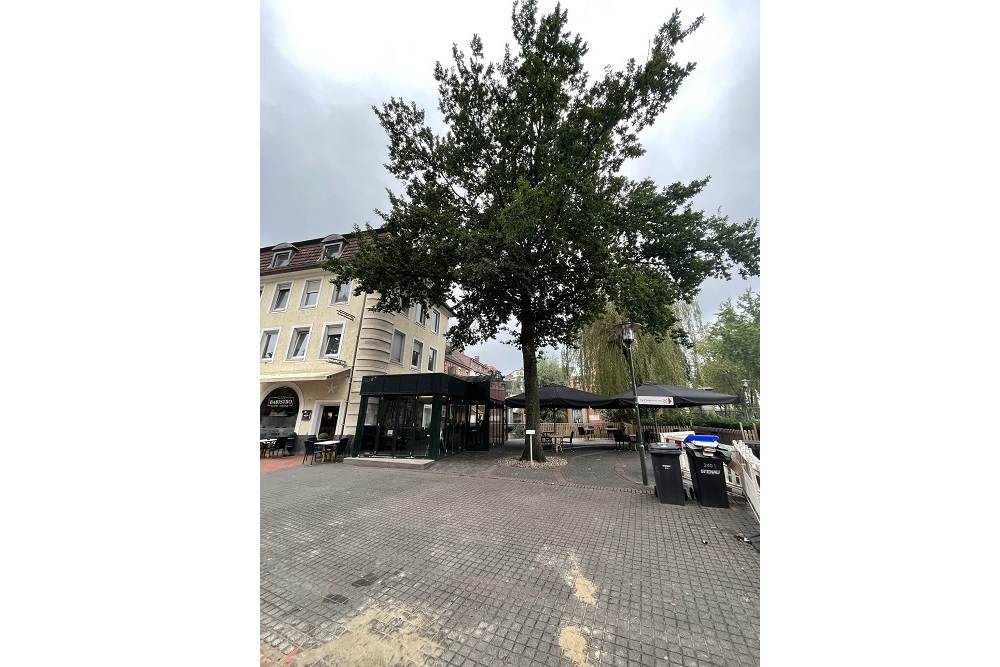 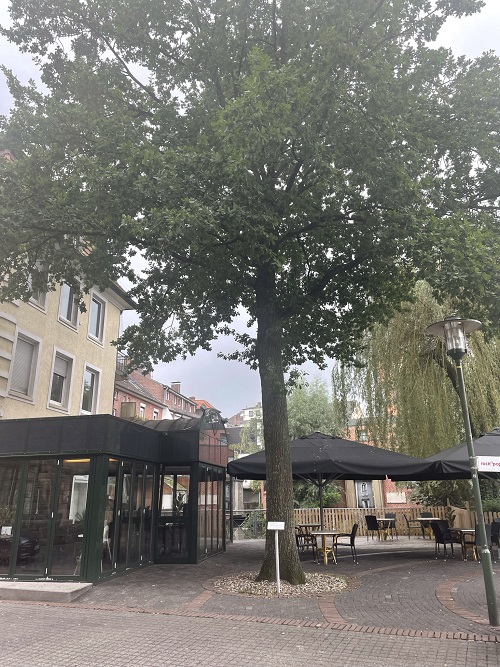 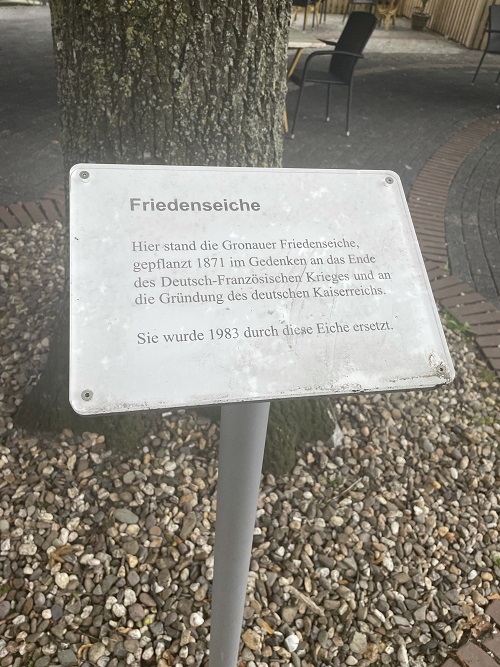 In Gronau, on the "Mühlenplatz" stands an oak, originally planted in 1871 and replaced in 1983, in memory of the peace after the Franco-Prussian War of 1870/1871.
Planting memorial trees as a sign of freedom had become common since the French Revolution. Unlike these liberty trees, which were usually lime trees, the memorial trees after the Franco-Prussian War were typically oak.
Most of these monuments, now called Peace Oaks, were planted right after the end of the war or after the empire's founding in 1871. With these plantings, which were soon carried out everywhere, the people expressed the desire for lasting peace.

Extract from the logbook of the municipality "Stad Gronau":
In the absence of other sources, a date for the planting of the Gronauer Vredeseik can only be indirectly derived from the logbook of the municipality of "Stad Gronau". The note of 14 April 1871 refers to a decree of the then royal district administrator Maximilian Freiherr von Kerckerinck zur Borg. The previous month he had ordered the planting of peace oaks under number 1094 on the occasion of the victory of the Prussian troops.