Route of Commemoration No. 13: Attack on a Train 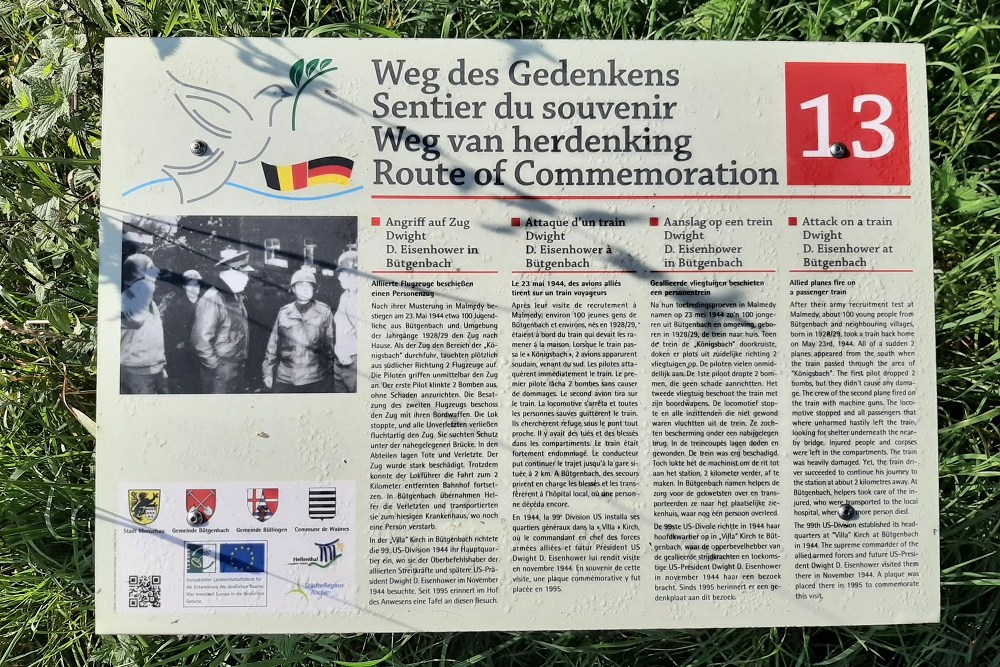 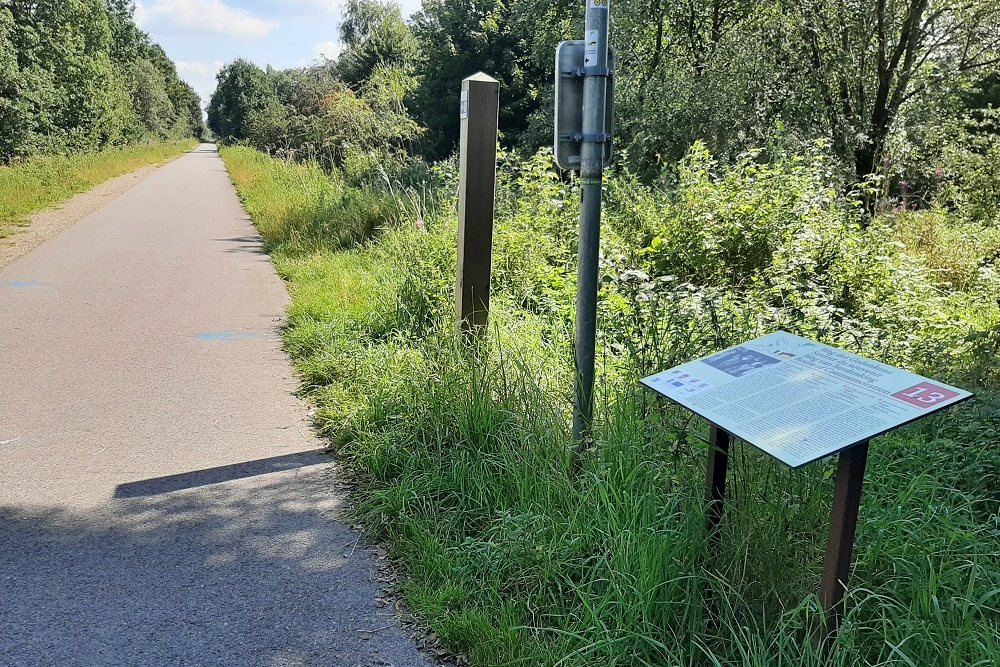 After their army recruitment test at Malmedy, about 100 young people from Bütgenbach and neighbouring villages, born in 1928/29, took a train back home on May 23rd, 1944. All of a sudden 2 planes appeared from the south when the train passed through the area of "Königsbach". The first pilot dropped 2 bombs, but they didnt cause any damage. The crew of the second plane fired on the train with machine guns. The locomotive stopped and all passengerst hat where unharmed hastily left the train, looking for shelter underneath the nearby bridge. Injured people and corpses were left in the compartments. The train was heavily damaged. Yet, the train driver succeeded to continue his journey tot he station at about 2 kilometres away. At Bütgenbach, helpers took care of the injured, who were transported tot he local hospital, where one more person died.
The 99th US-Division established its headquarters at "Villa" Kirch at Bütgenbach in 1944. The supreme commander of the allied armed forces and future US-president Dwight D. Eisenhower visited them there in November 1944. A plaque was placed ther in 1955 to commemorate this visit.