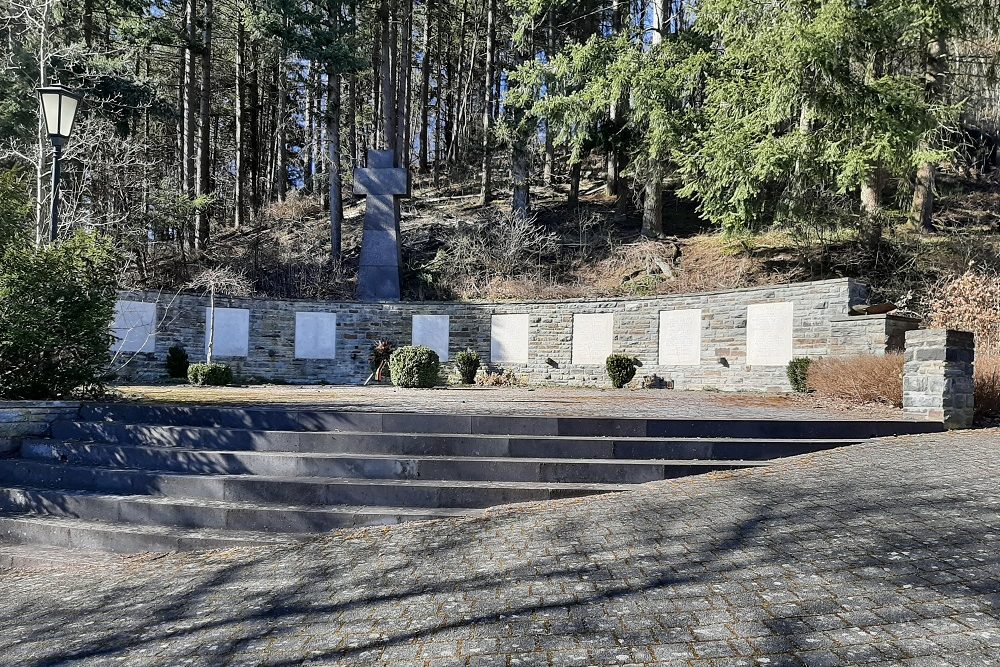 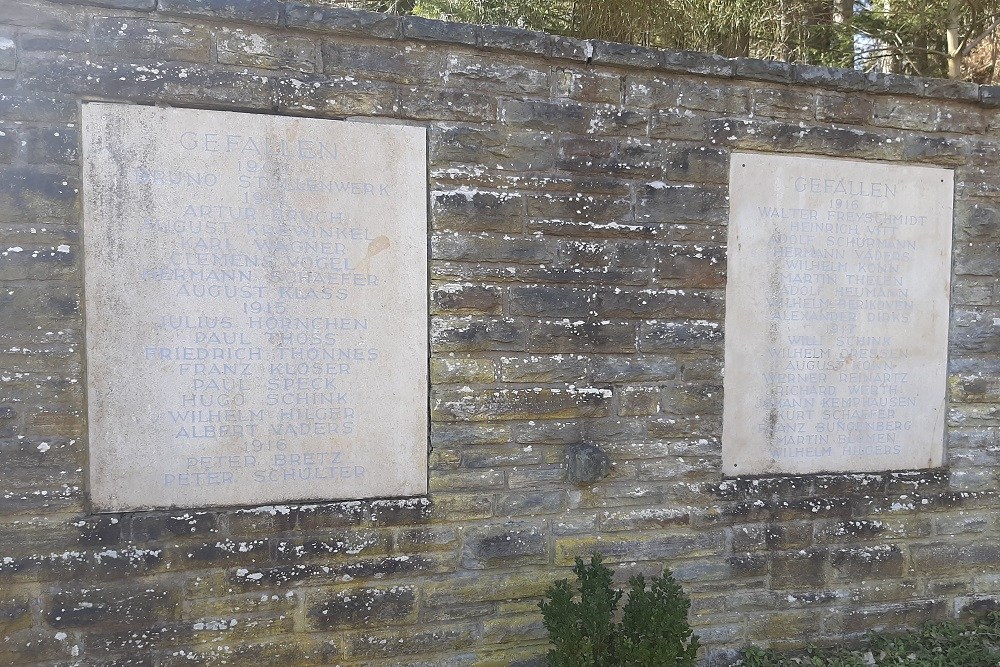 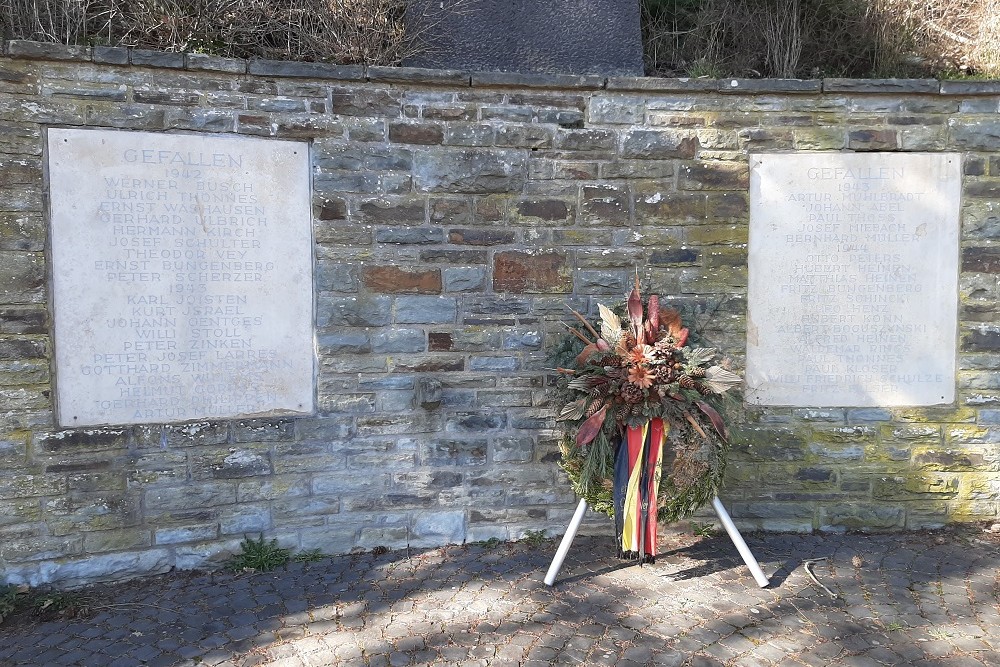 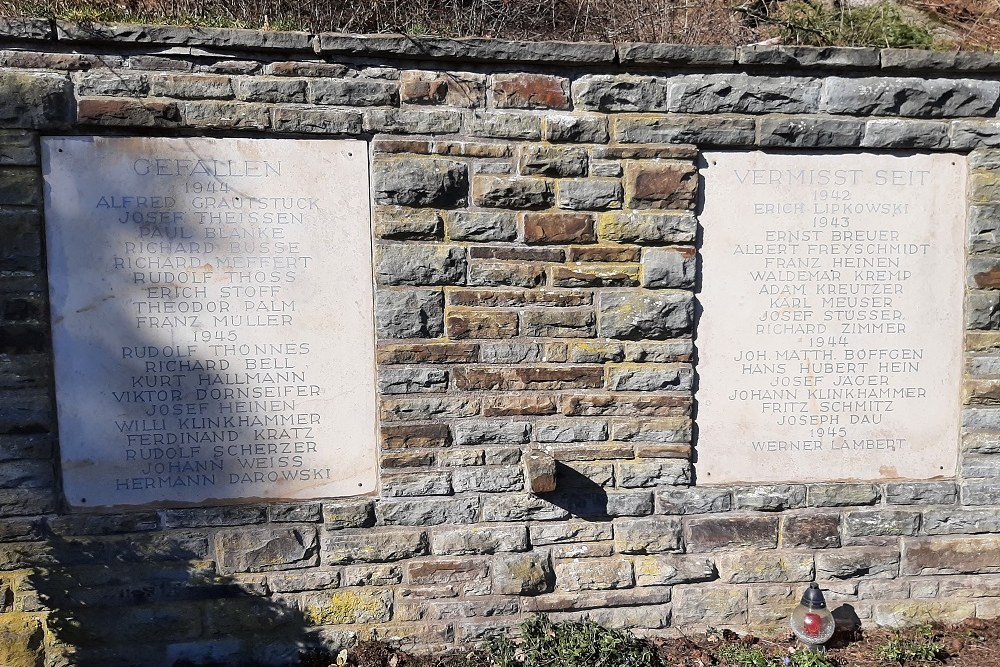 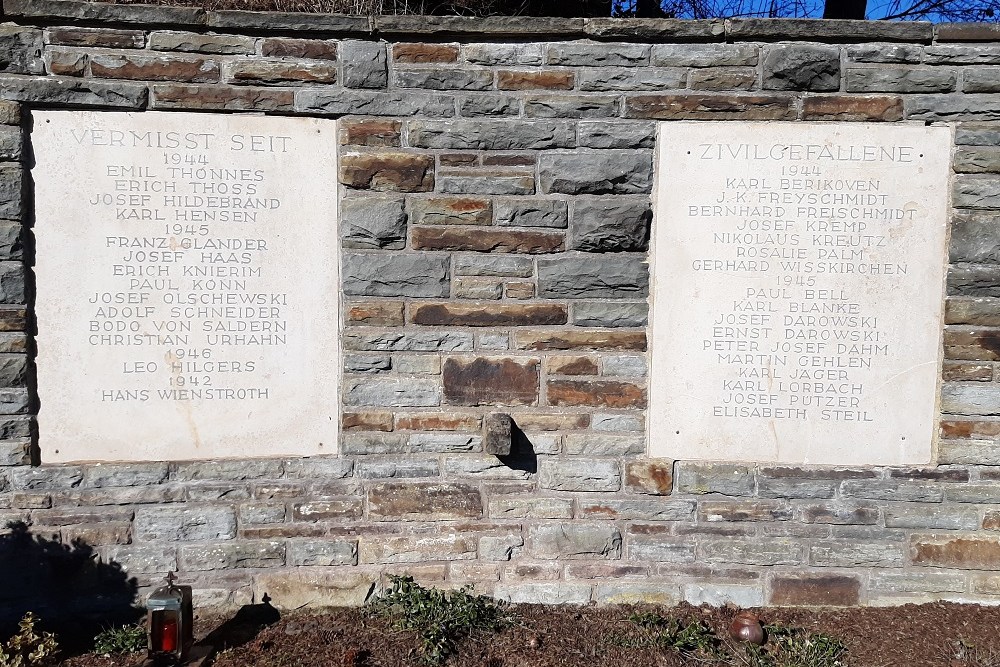 Above the cemetery "An der Hardt" in Hellenthal, the monument was erected by the stonemason Aloys Drach from Zülpich according to the plans of the architect Robert Riedel and inaugurated on November 20, 1955, the Sunday of the Dead.
On a semicircular wall of quarries placed against the slope were 10 stone slabs with the names of those who fell in the world wars, as well as one from the War of 1870, 71 and a second from German South West Africa. Behind the wall a stone cross and a difficult to read building inscription on the bottom left of the wall.