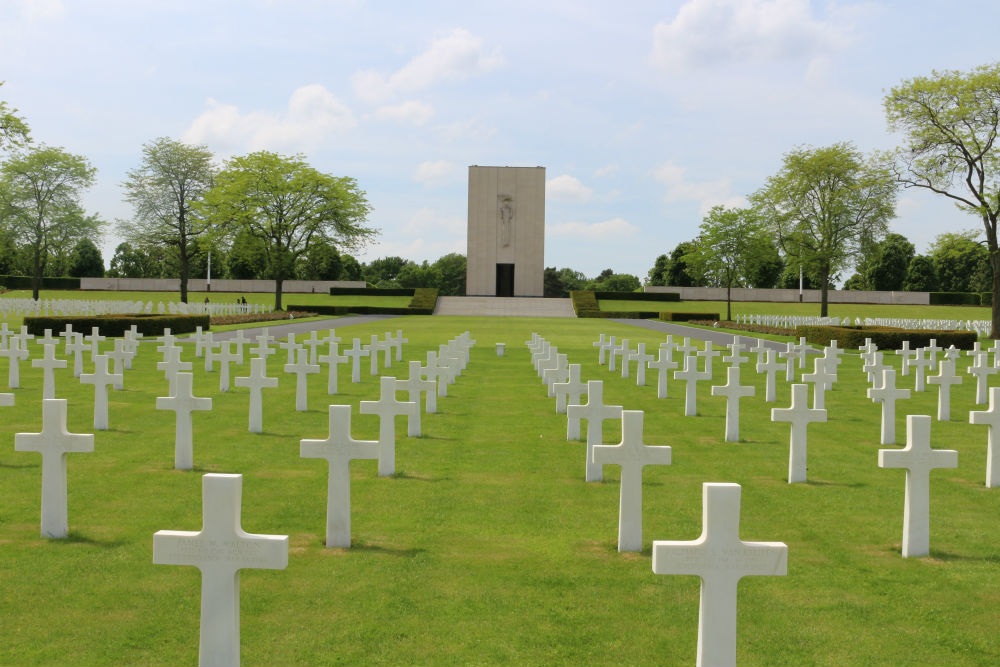 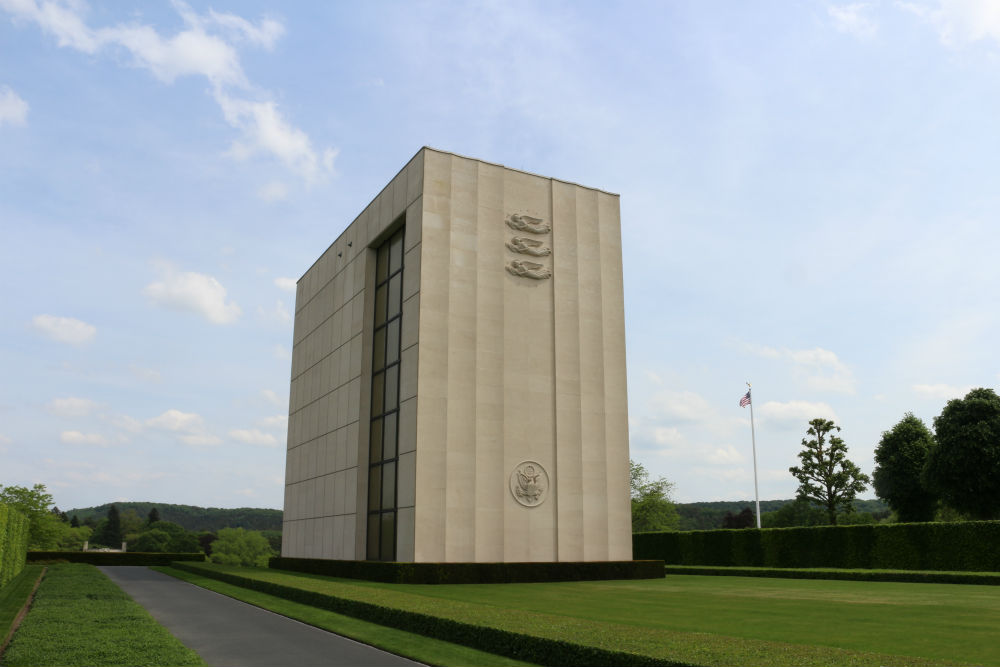 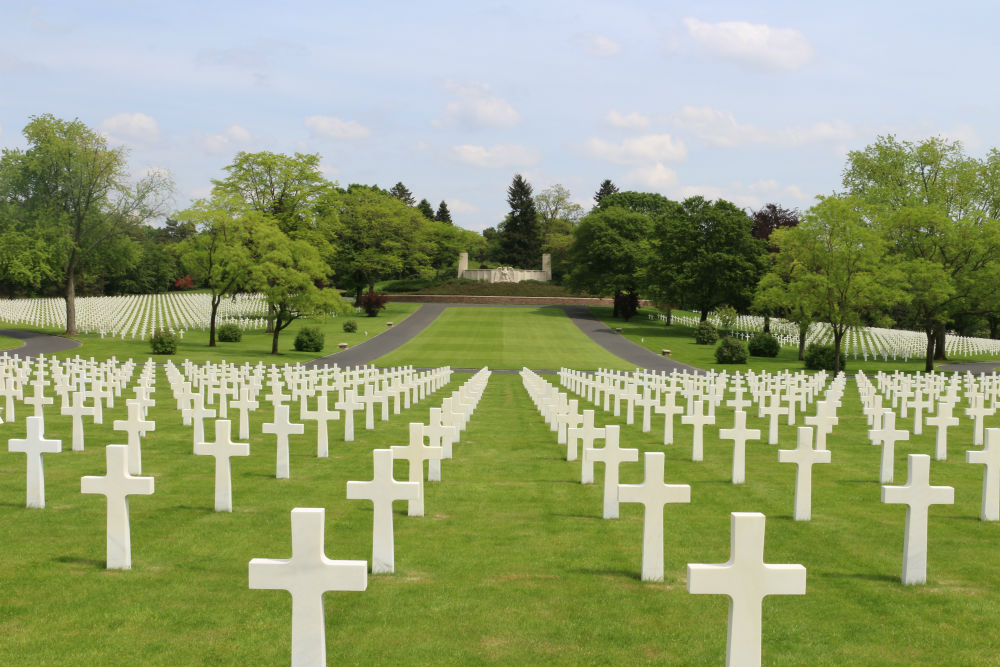 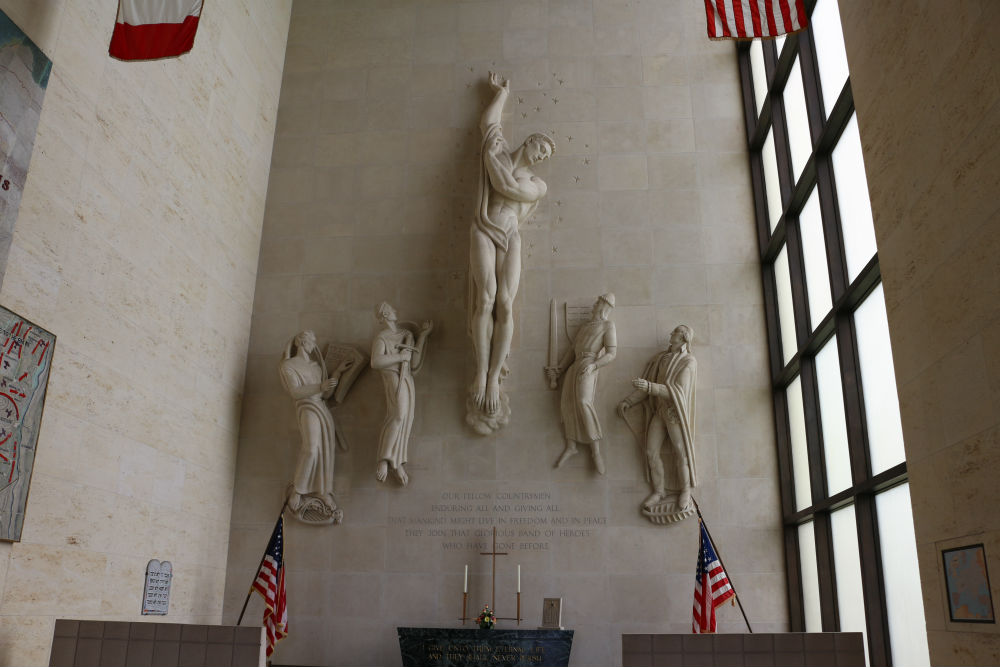 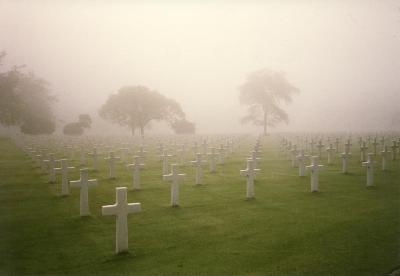 The Lorraine American Cemetery and Memorial in France covers 113.5 acres and contains the largest number of graves of our military dead of World War II in Europe, a total of 10,489. Their headstones are arranged in nine plots in a generally elliptical design extending over the beautiful rolling terrain of eastern Lorraine and culminating in a prominent overlook feature.

Most of the dead here were killed while driving the German forces from the fortress city of Metz toward the Siegfried Line and the Rhine River.