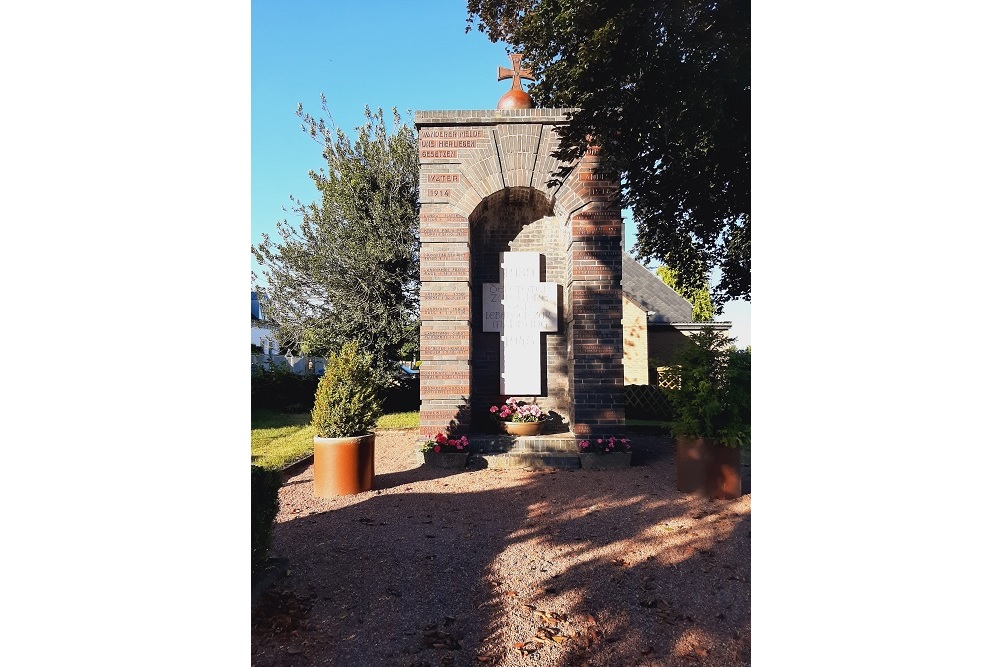 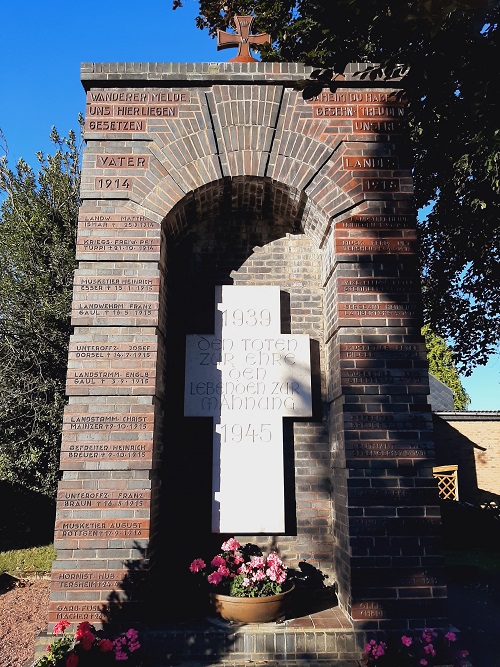 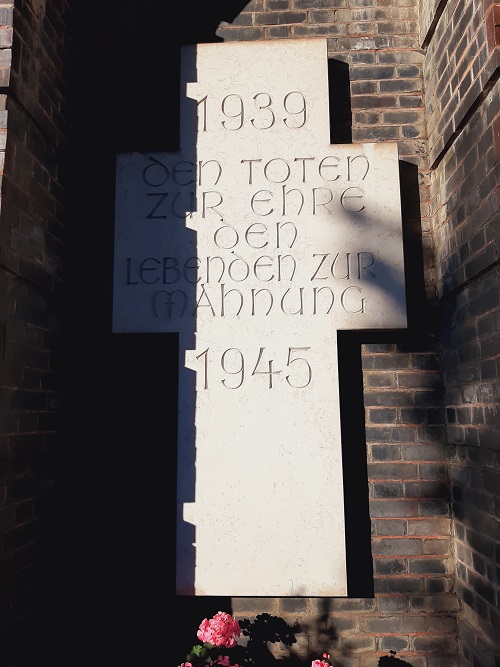 The memorial in Firmenich is on the corner of Brühler Straße and Schavener Weg and has the shape of an archway closed at the back. It consists of brickwork, with a metal ball with an iron cross on top. In addition to the bricks, there are also larger panels twice the height and three times the width of the normal bricks with raised lettering. The bricks were installed on both sides, with the names of those who died in both world wars on them. Under the crown on the right and left a dedication, underneath the dead. In the niche there used to be a cross that was removed after the Second World War and replaced in 1974 with a stone cross with a dedication. The facility was inaugurated on September 2, 1928.