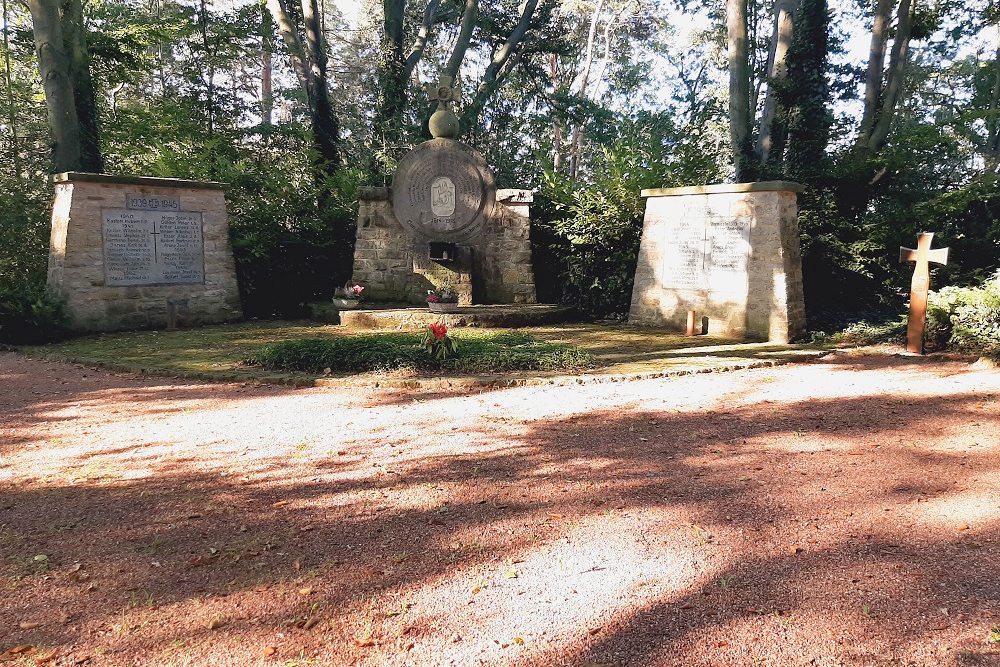 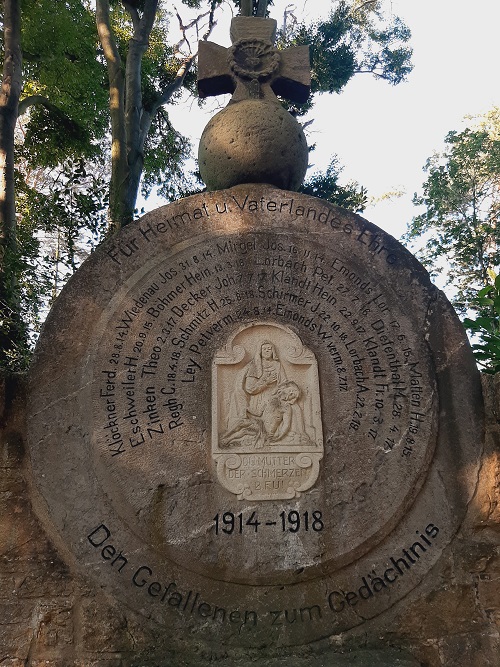 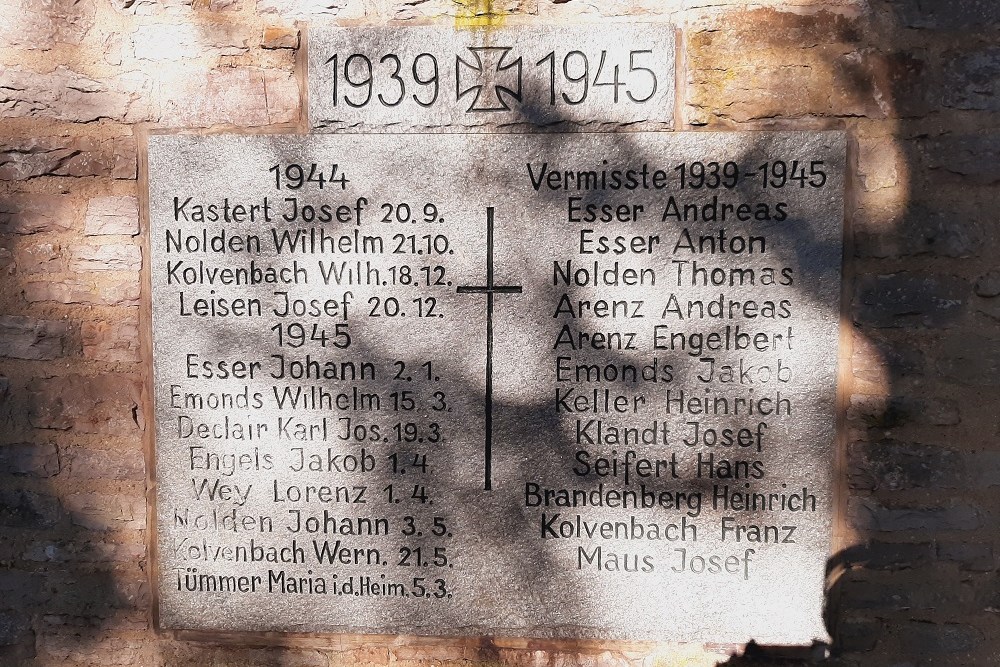 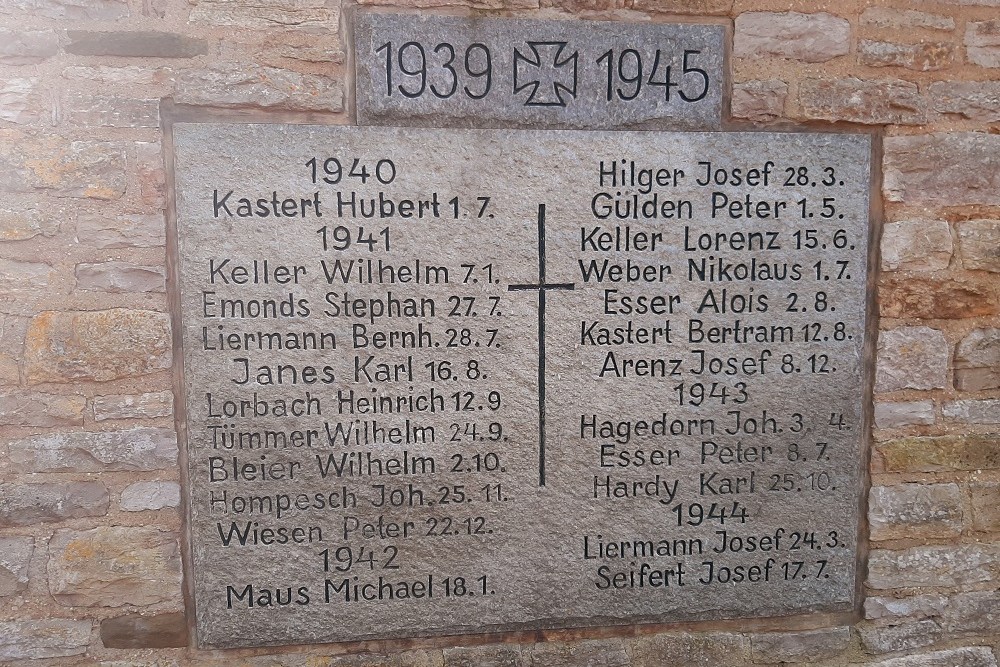 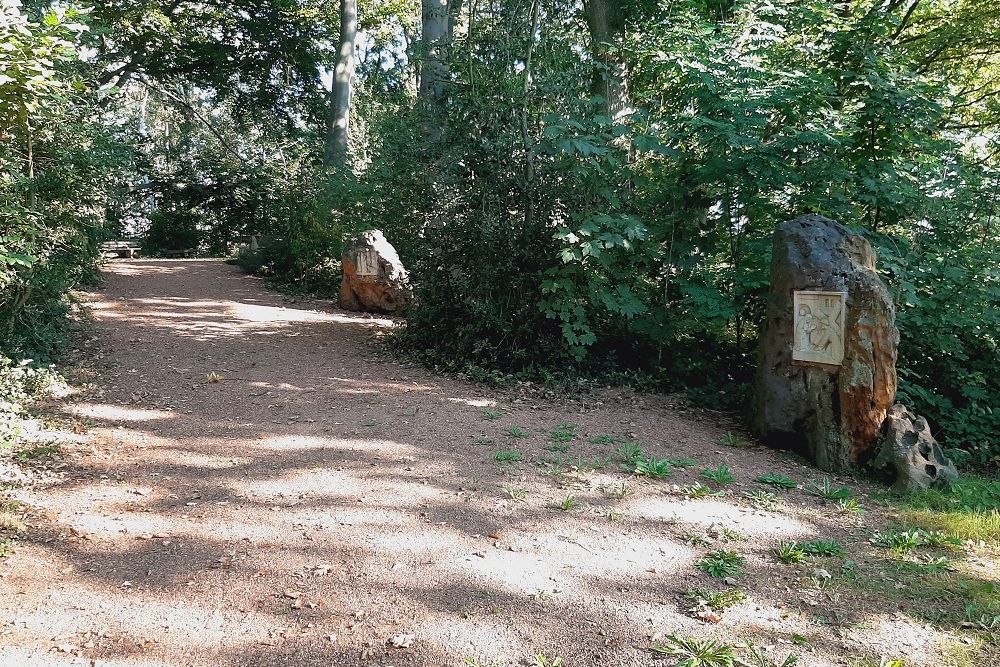 Southwest of Lessenich, between the motorway parking lot on the A1 and the new cemetery on Schlössers-Berg, master blacksmith Karl Heinz Eschweiler from Lessenich and other residents erected a war memorial made of old stone material. The millstone of a powder mill came from Nikolaus Mauer of Eiserfey, the bulbous stone under the cross was originally the curbstone of a courtyard entrance and the cross on it came from the churchyard wall in Lessenich. The round step in front of the monument is a fragment of a whetstone from the Marienau foundry near Mechernich, from a quarry in Iversheim. The only newly made piece is the relief of the aching mother in the millstone, a gift from Count Wolff-Metternich of Satzvey. The monument was inaugurated in 1923.
After the Second World War, a light stone block was placed in front of the wall under the millstone in 1954. In 1976 the stone block was replaced by two new stone tablets set in two new stone walls.
In 2009, the monument with the millstone was preserved in its original design, with the exception of the substructure. Around the relief plate in the millstone the names of the fallen, below the relief the year "1914 - 1918". On the top edge the inscription "For home and country honor" and on the bottom edge "In memory of the fallen". In the cross above the sphere the representation of the heart of the painful mother with the seven swords. The entrance to the monument is designed as a kind of way of the cross, five stone tablets were set in larger stones.
On the edge of the memorial square, to the right of the memorial, a wooden cross in the shape of an iron cross, under the cross is a brass plate with the engraved names Oskar Gehring, Fritz Caspers  04.10.1943 Erich Barthel  23.12.1944.