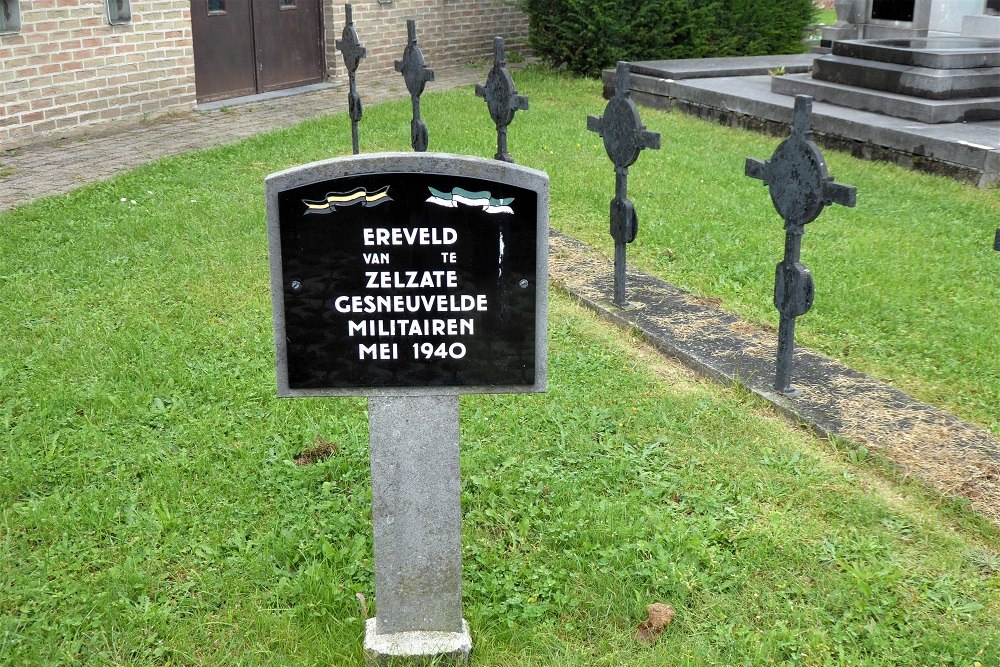 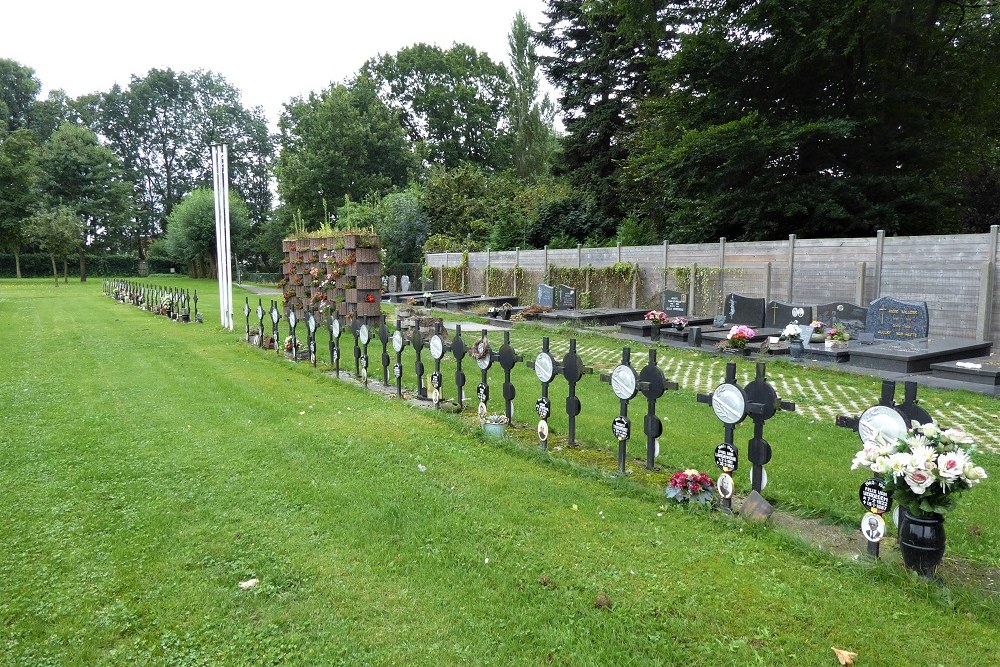 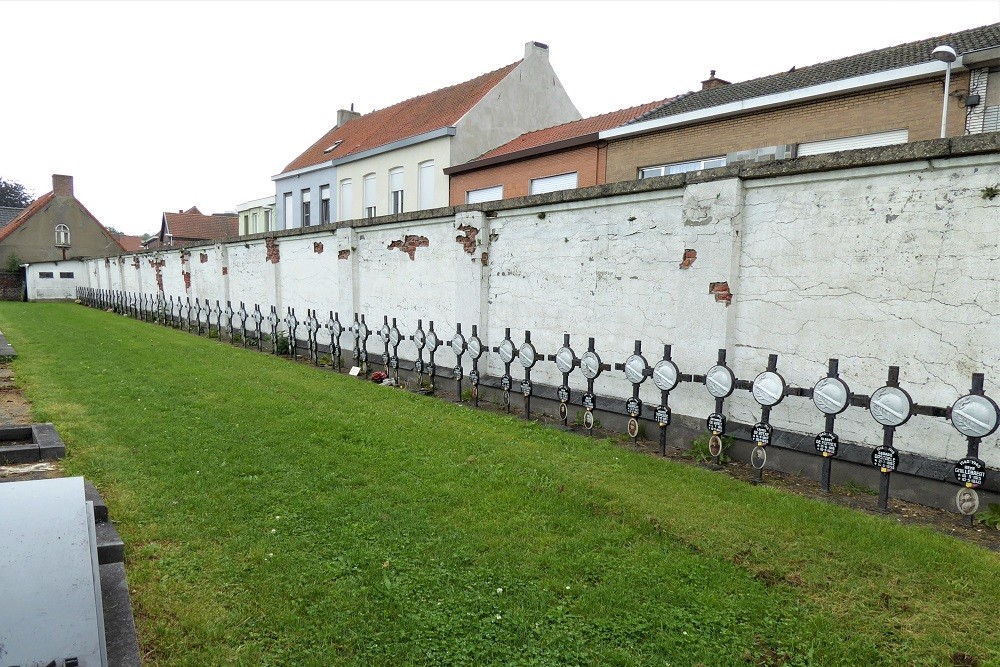 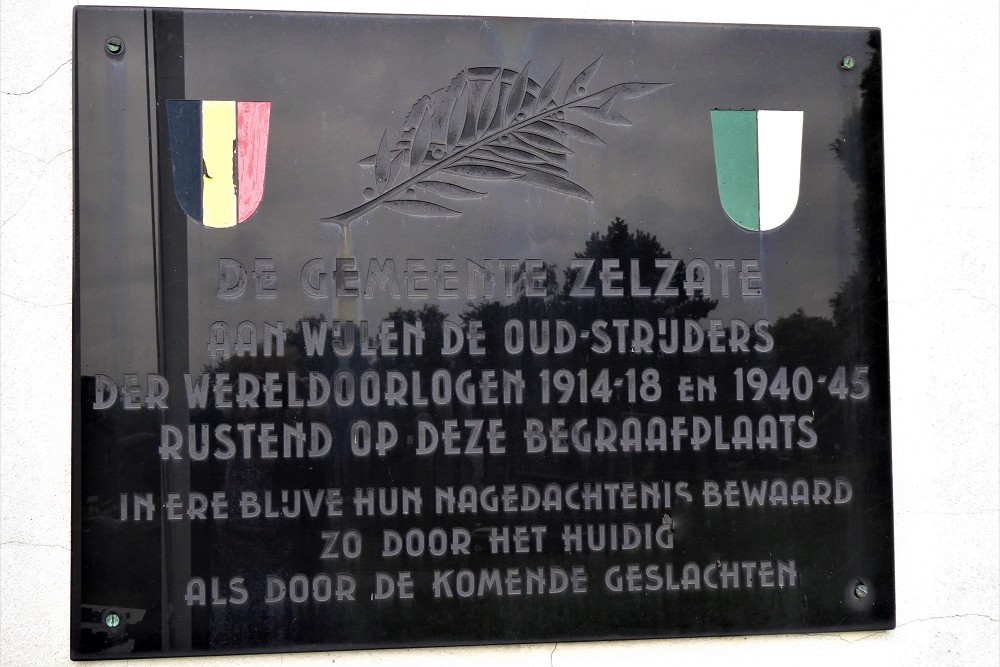 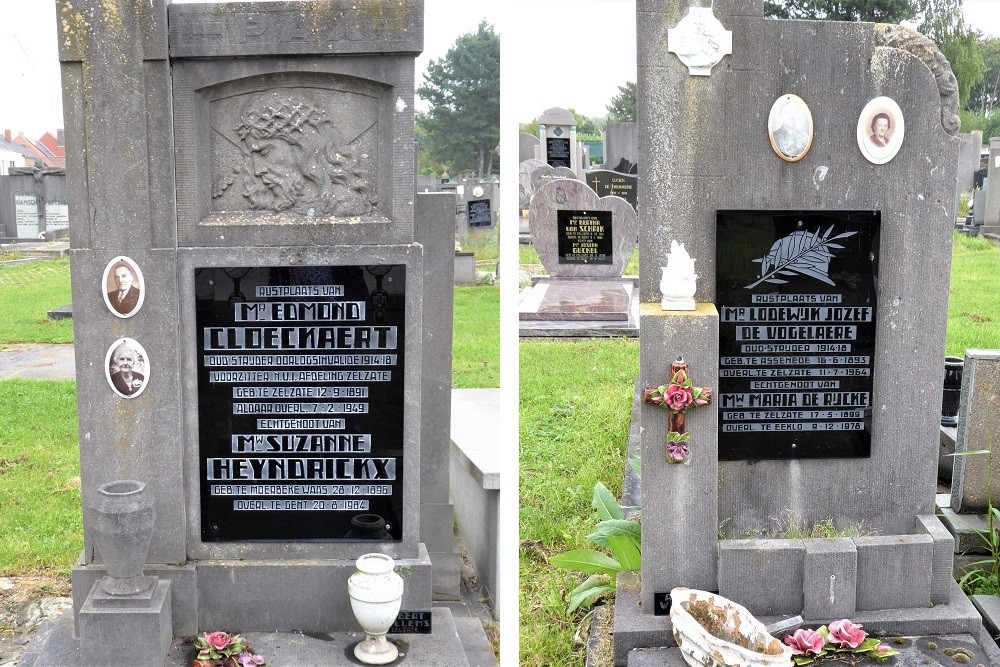 "The municipality of Zelzate
To the late veterans
of the World Wars 1914-18 and 1940-45
resting in this cemetery.
Their memory will be preserved in honor
so by the present
as through generations to come"

In three different places is a row of graves of former combatants, all with the same headstone.

There is a small place of honour:
"Field of Honor
from in Zelzate
fallen soldiers.
May 1940"

Heavy fighting took place in Zelzate at the beginning of the Second World War.
In the late evening of May 22, 1940, the Second Regiment of Gidsen arrived on the left bank of the Ghent-Terneuzen canal in Zelzate to take a position against advancing German troops. They wanted to cross the canal in rubber boats.
The bridge in Zelzate had been blown up by the Belgian army a few days earlier.
It was an unequal battle and the Guides suffered heavy losses during this Battle of Zelzate. That night the municipality was bombarded by German bombers, cannons, grenades and machine guns. A good day later, at 9:35 p.m. on May 23, the battle was given up and the order to withdraw was given, but the human toll was heavy.