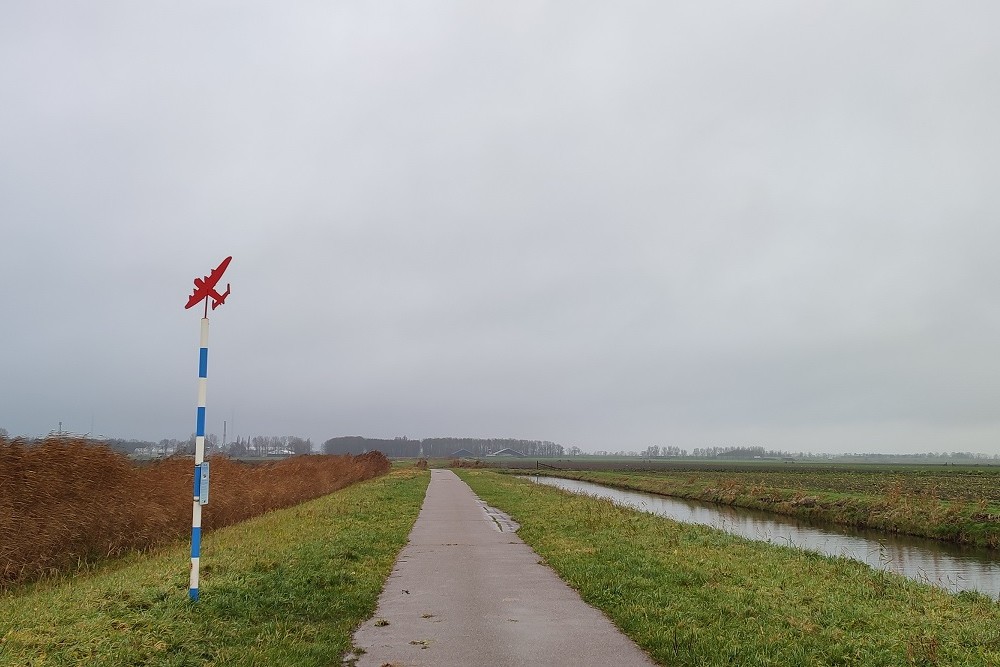 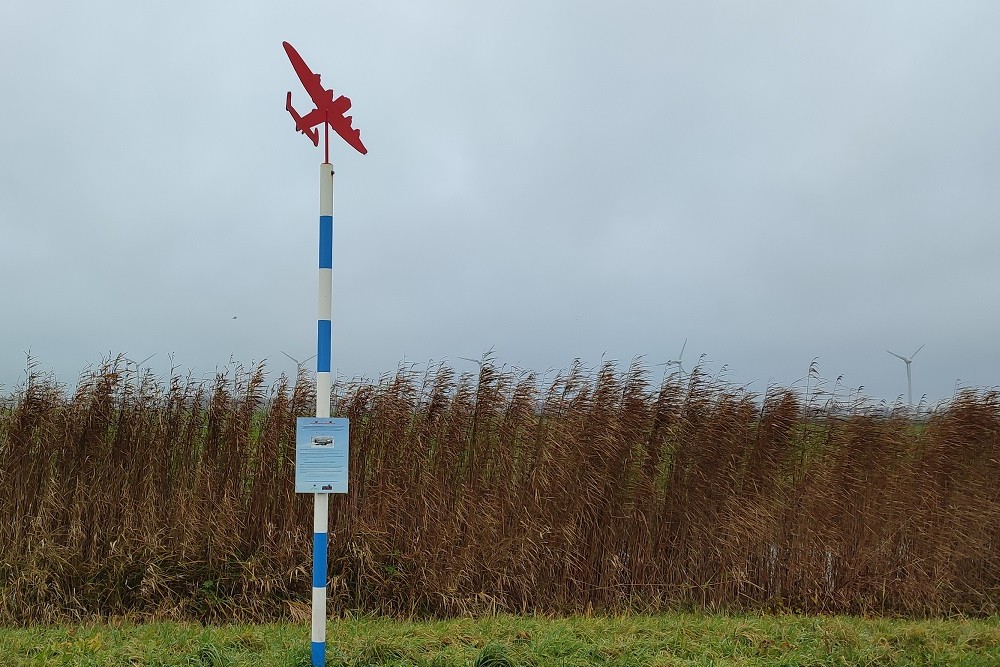 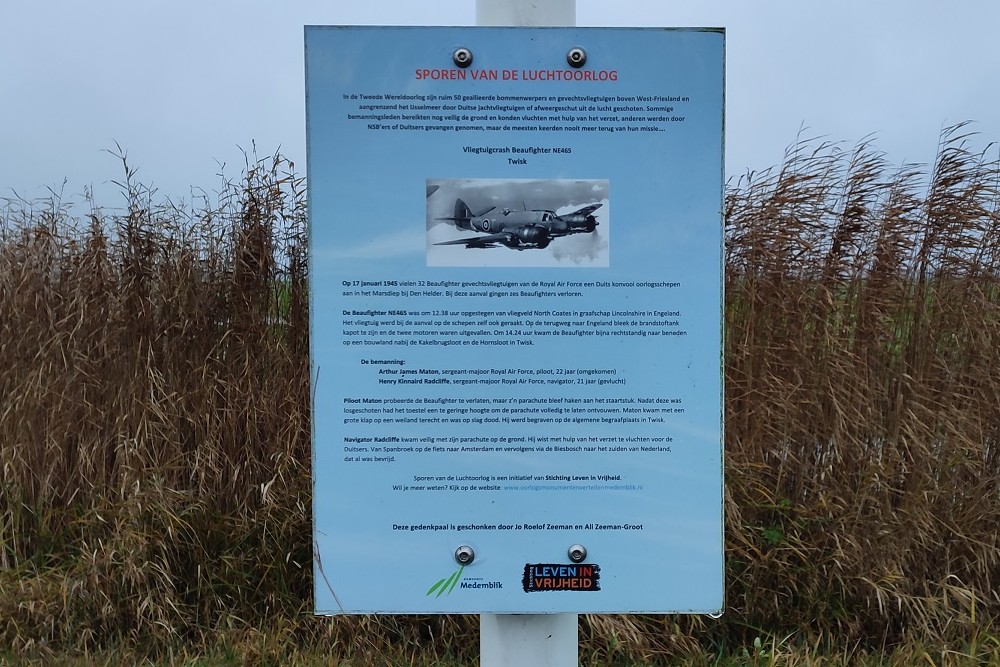 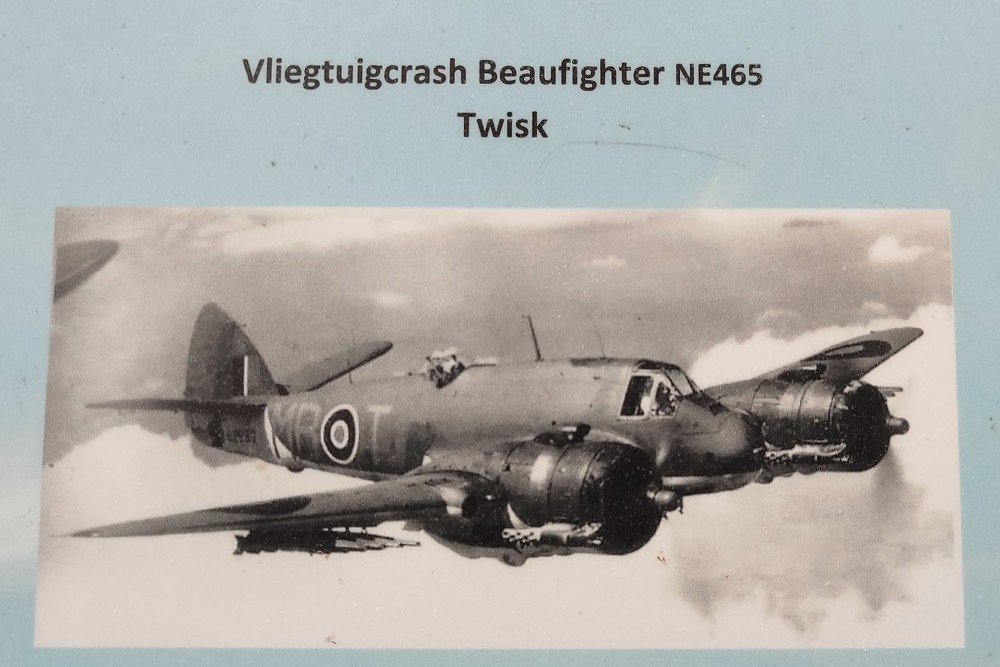 The fuel tank was found to be leaking and the two engines failed. The Beaufighter landed at this location on the arable land near the Kakelbrugsloot and the Hornsloot.

Maton's parachute failed to open fully and perished on the spot. He was buried in the general cemetery in Twisk. Navigator Radcliffe landed safely with his parachute. He then managed to reach the already liberated south of the Netherlands with the help of the resistance.