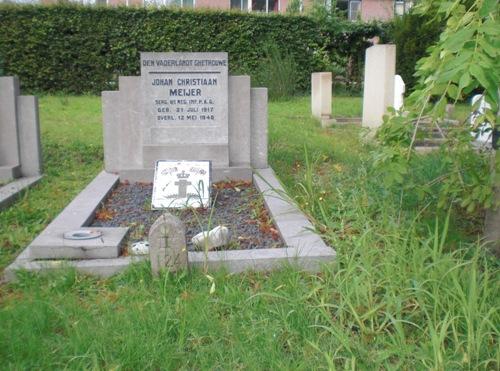 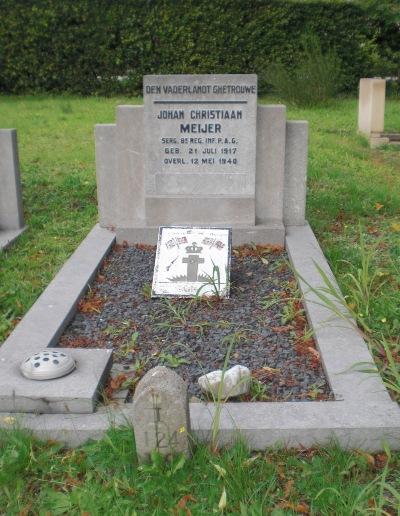 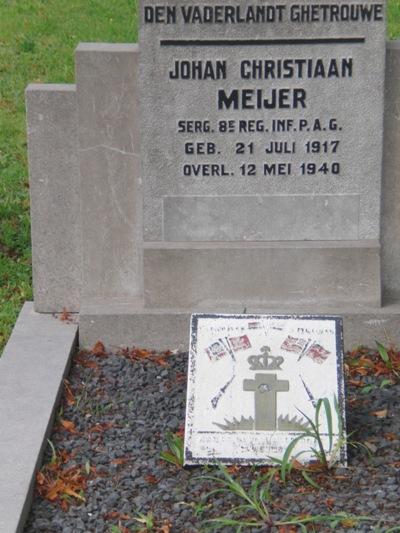 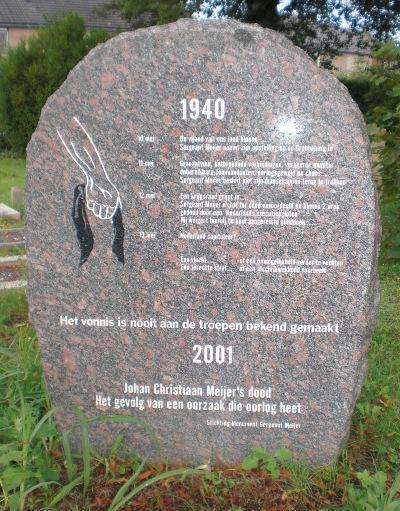 Dieren Old General Cemetery contains the grave of Johan Christiaan (Chris) Meijer. He was the only Dutch soldier who was sentenced to death and shot in May 1940 because of desertion.

Sergeant Chris Meijer was commander of two anti-tank-guns at the Grebbeberg. On 11 May, he withdraw with one gun without noticing his commanders and the crew of the other gun. He was arrested 50 kilometers to the west, in Loenen aan de Vecht.

One day later, he was sentenced to death. He was shot the same day, which was much to soon after his trial. He is never rehabilitated, but in 2000, a private remembrance stone was erected next to his grave.