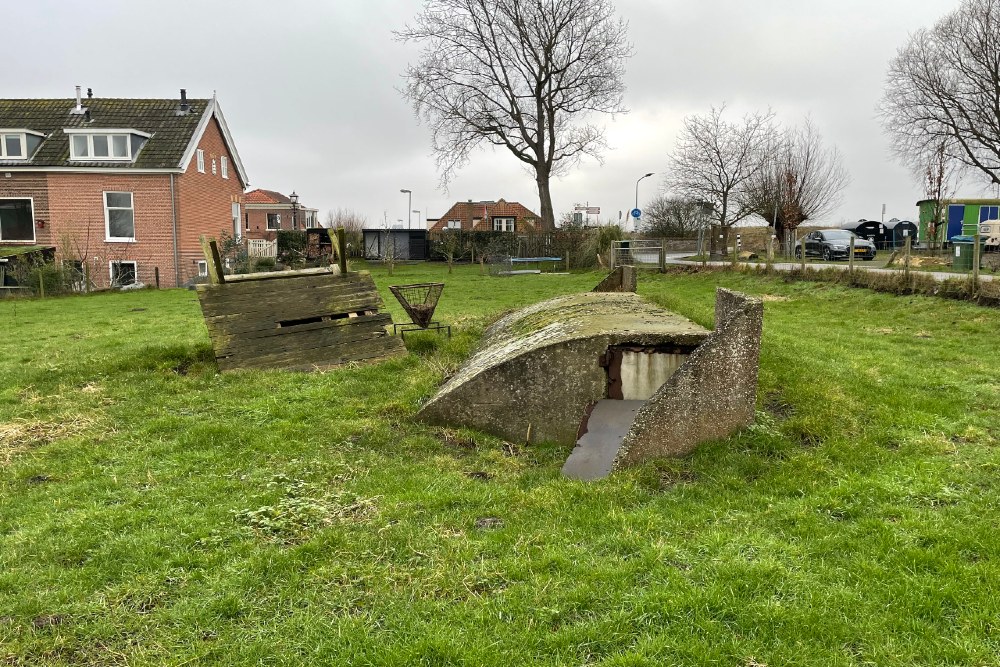 Concrete shelter along the covered road west of Spaarndam. The Wal, together with Fort benoorden Spaarndam, Fort bezuiden Spaarndam and De Voorstelling at Spaarndam, formed the so-called Position at Spaarndam. This Position was part of the Defense Line of Amsterdam (a UNESCO World Heritage Site). The shelter still has its original iron door.