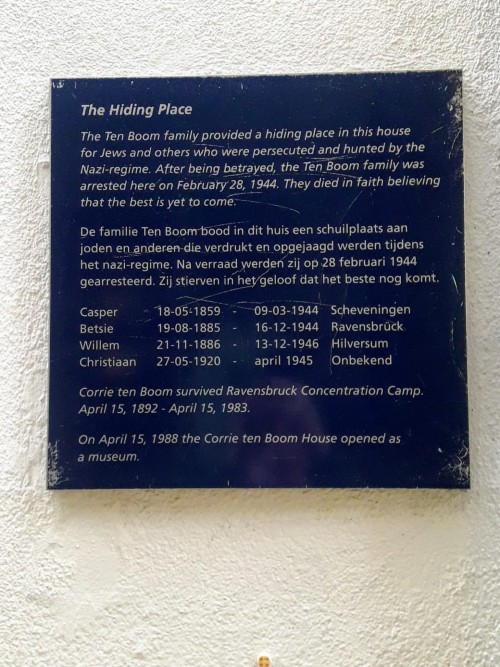 The home of Corrie ten Boom is now a Museum! It is perfectly situated in the center of the beautiful old city of Haarlem (Haarlem is a 15 minute train ride west of Amsterdam), Holland.

A SHELTER IN THE SECOND WORLD WAR
During World War II, the ten Boom family house became a shelter for those fleeing from the Nazis. By housing such people, father Casper and his two daughters Betsie and Corrie risked their lives. But with this nonviolent resistance to the Nazi oppressors, they practiced their Christian faith. In 1943 and 1944, five to six people were constantly in hiding in the house: some Jews and members of the Underground. Besides these persons, there were also those who stayed with the Ten Booms for a few hours or a few days, pending another 'safe house'. The work of the Ten Boom family and their many friends and associates of the "BéJé group" probably saved about 800 Jews and other fugitives.

ARREST
On February 28, 1944, the family was betrayed and the Nazi Sicherheitsdienst invaded their home. That day more than 30 people were arrested, including father Casper and his two daughters Betsie and Corrie, who lived at home, as well as Corrie's brother Willem, sister Nollie and nephew Peter.
Although the SD arrested many visitors, they couldn't find the people they actually came for. Behind an extra wall in Corrie's bedroom, two Jewish men, two Jewish women and two members of the Underground were safely hidden. Cunningly, members of the police were able to free people from their "hiding place" after more than 47 hours, while the SD was still guarding the house. The four Jews were taken to other safe houses. Three of them survived the war. One of the two members of the Underground was unfortunately killed during the occupation, but the other survived the war years.

PRISON AND CONCENTRATION CAMP
Father Casper died 10 days after his arrest in prison in Scheveningen. Betsie and Corrie were first transferred from Scheveningen prison to Vught camp and then deported to Ravensbrück concentration camp.
Life in that camp was almost unbearable, but there too Betsie and Corrie told their fellow prisoners of the love of Jesus. The testimony of these two women made a large number of fellow prisoners Christian. Betsie died at the age of 59 in Ravensbrück, but Corrie miraculously survived the concentration camp.
This special woman died on her 91st birthday on April 15, 1983. 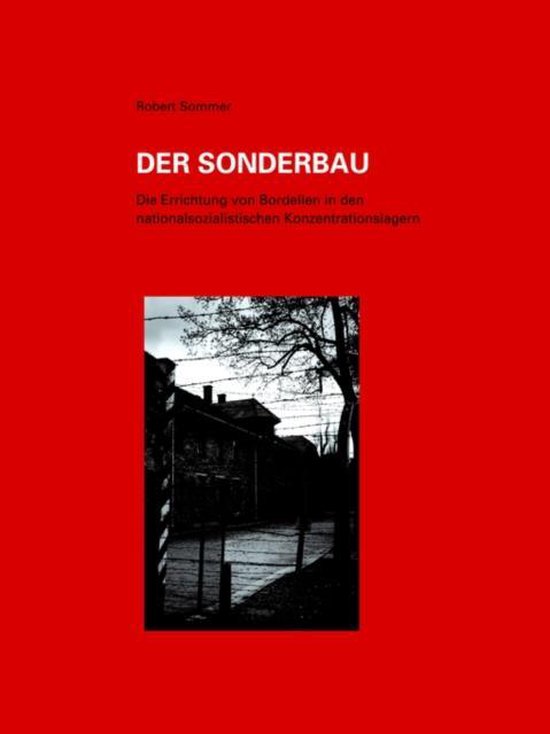