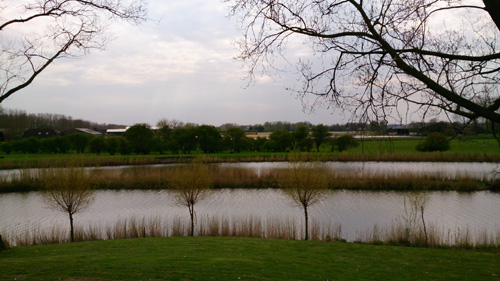 On 3 May 1943, the Lockheed Ventura bomber 'AJ 200' crashed in this moat. The plane was part of the 487th Squadron of the Royal New Zealand Airforce, which was almost totally annihilated during a bombing mission on the power plant of Amsterdam. Three crew members were killed in the crash. One crew member survived the incident.