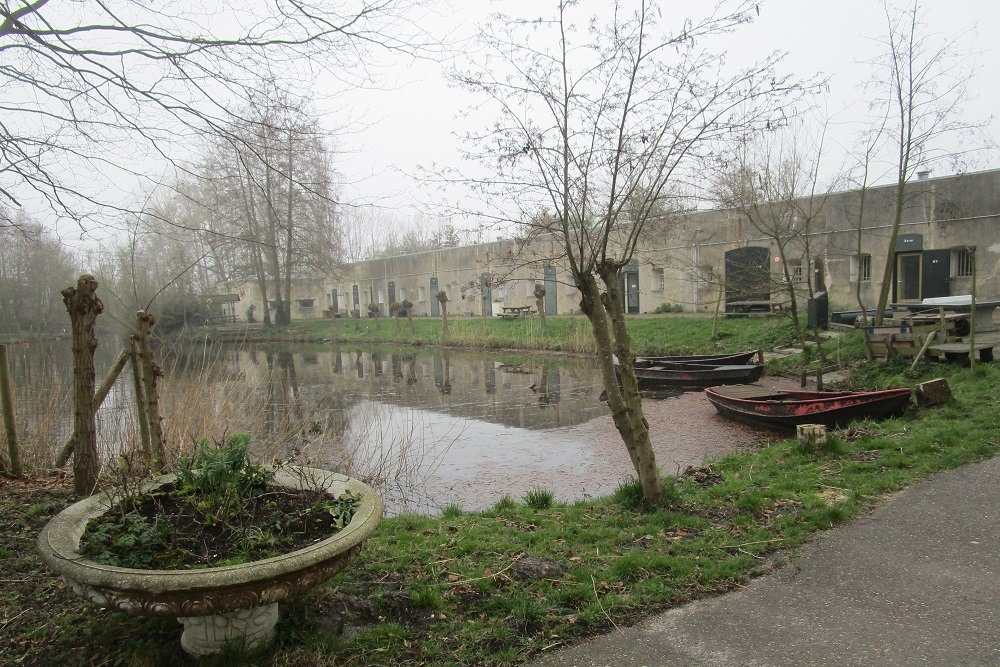 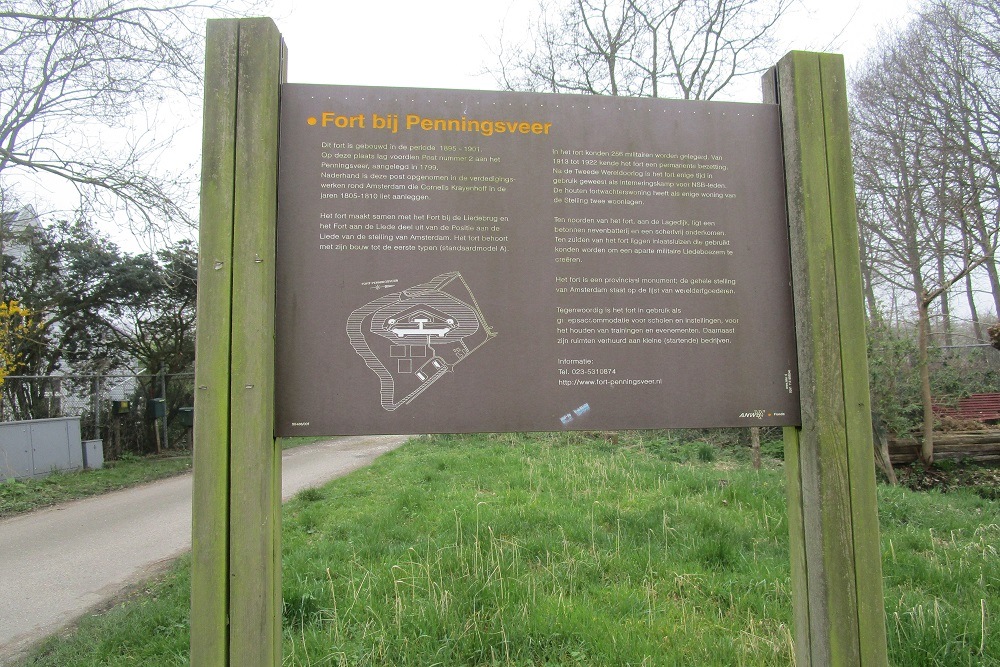 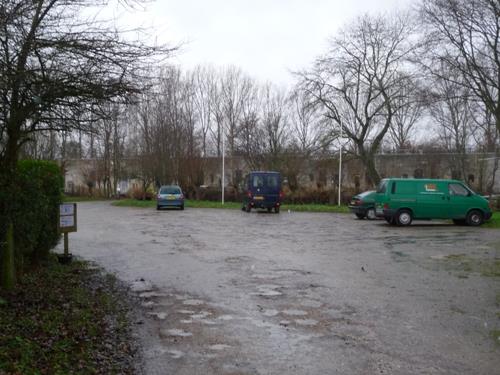 The "Fort Penningsveer" was built as part of the Stelling van Amsterdam (Defence Line of Amsterdam, which is a UNESCO World Heritage Site).

At the end of World War II there was a mixed company of Russians, Poles and Germans stationed in the fort. On 18 May 1945, they were still present and tried to leave with boats to Emden or Bremen. Some jeeps with Canadian soldiers and members of the Dutch Inland Forces went from Haarlem to the fort and some shots were exchanged. Two BS members were injured and the three Canadians could capture 80 soldiers.

The fort is restored.