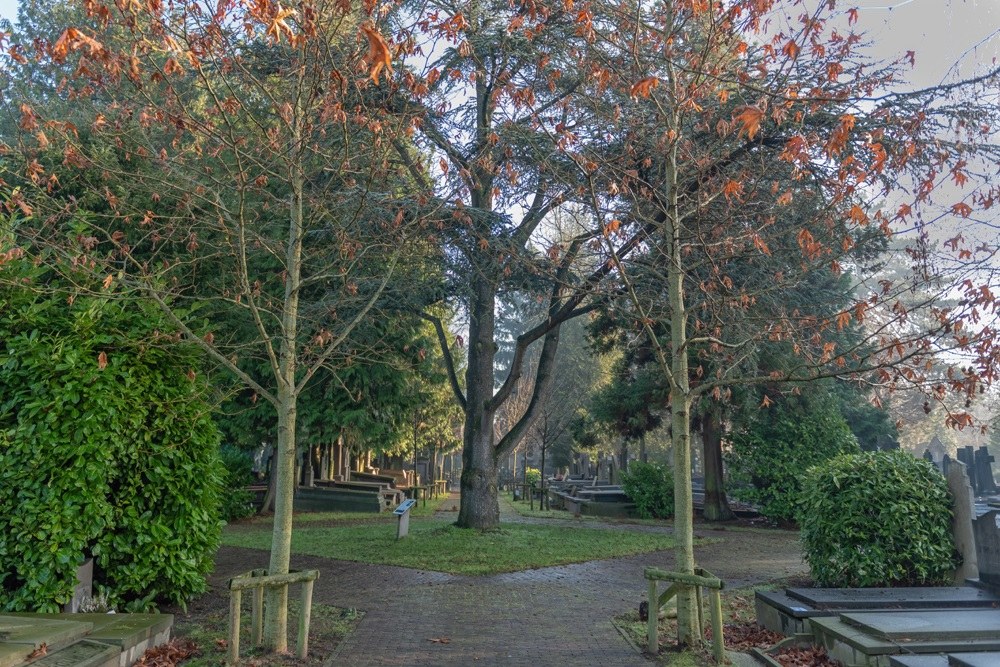 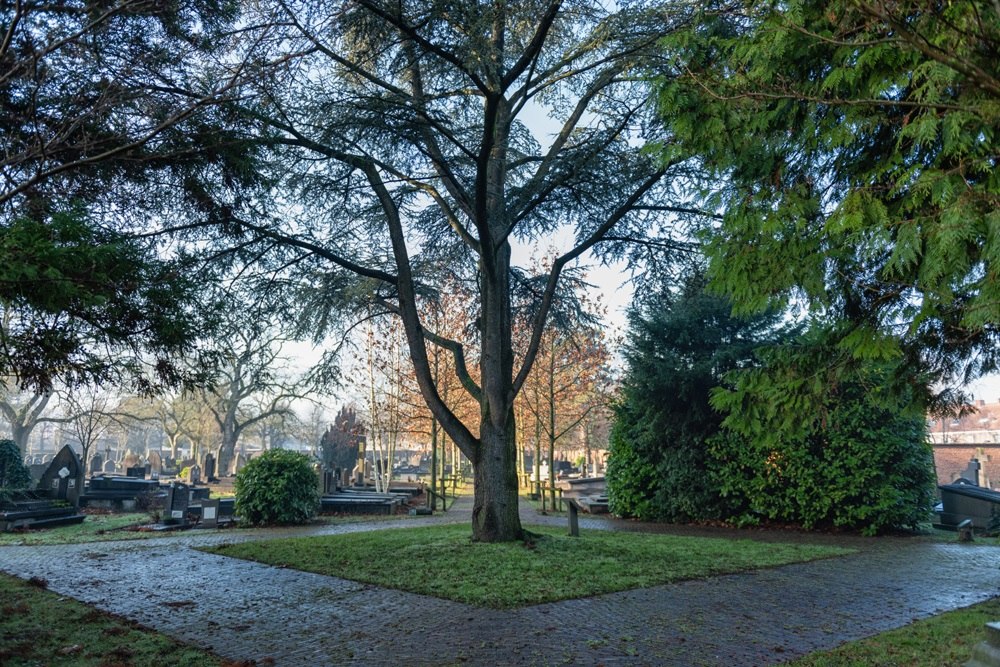 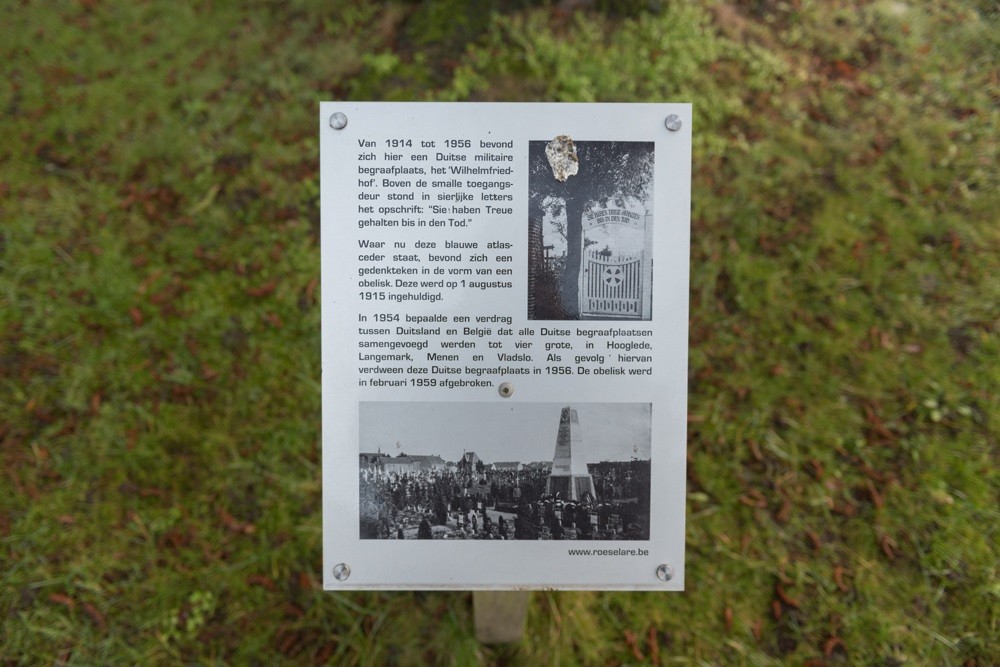 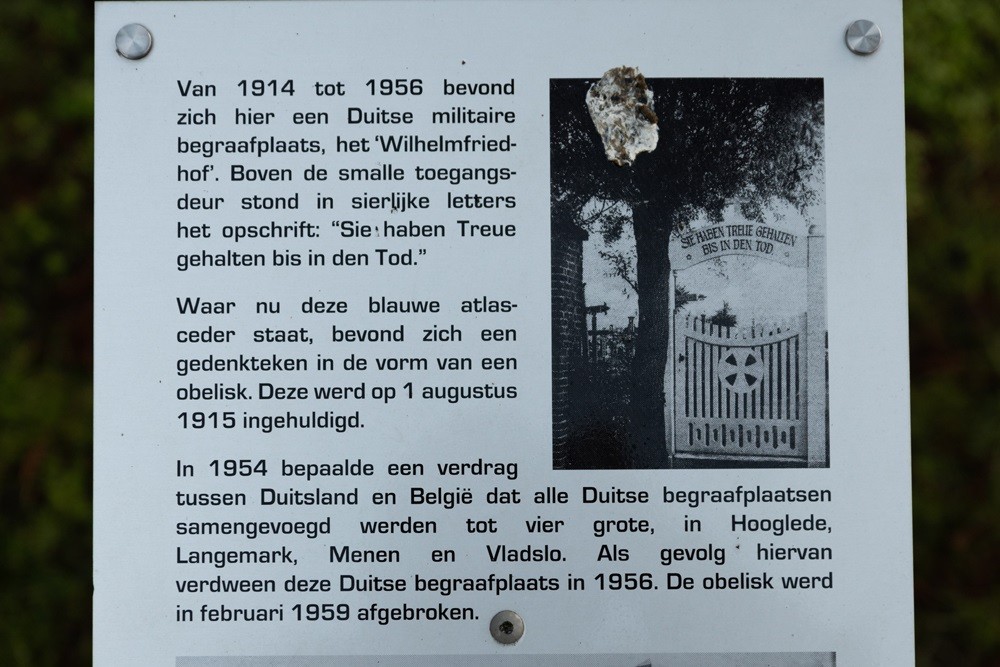 From 1914 to 1956, a German military cemetery, the 'Wilhelmfriedhof', was located here. Above the narrow entrance door was the inscription in graceful letters: "Sie haben Treue contents bis in den Tod" ("They were faithful until death").
Where this blue alto cedar now stands was a memorial in the shape of an obelisk. It was inaugurated on August 1, 1915.
In 1954 a treaty between Germany and Belgium stipulated that all German cemeteries would be merged into four large ones, in Hooglede, Langemark, Menen and Vladslo. As a result, this German cemetery disappeared in 1956. The obelisk was demolished in February 1959.