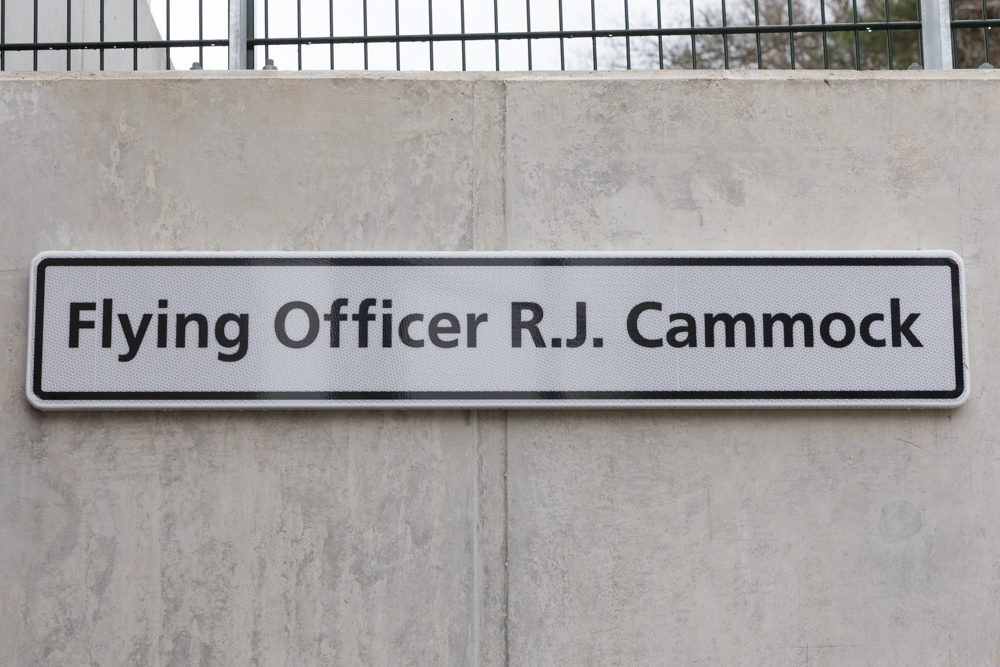 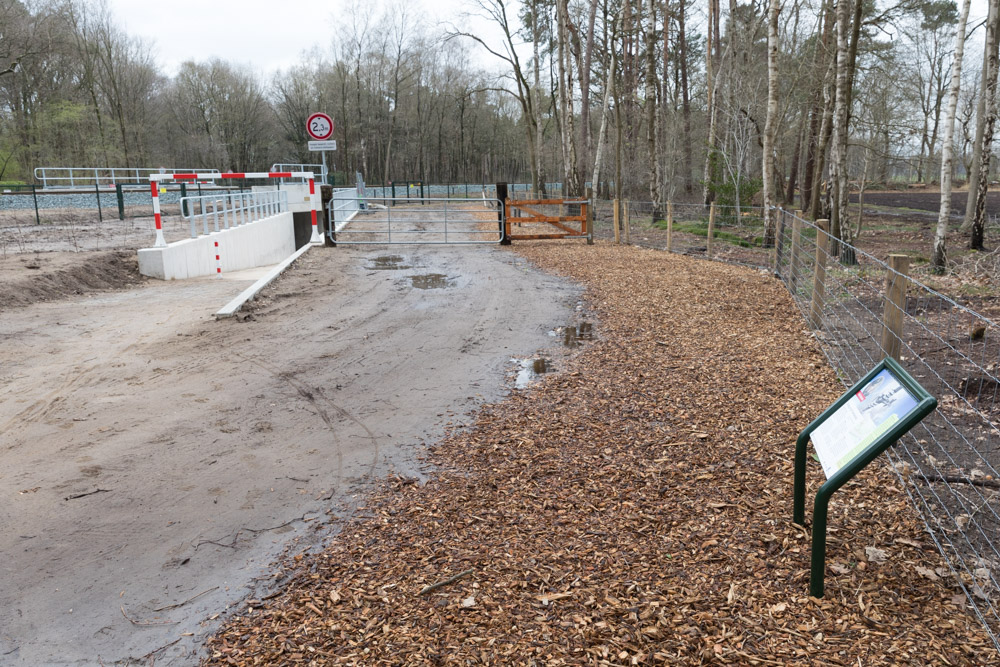 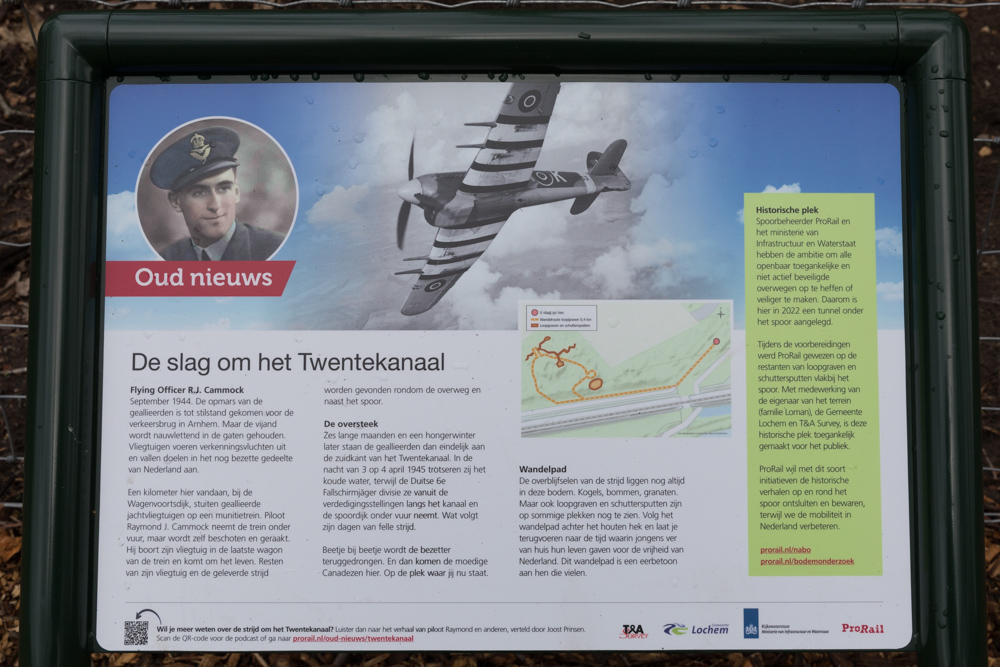 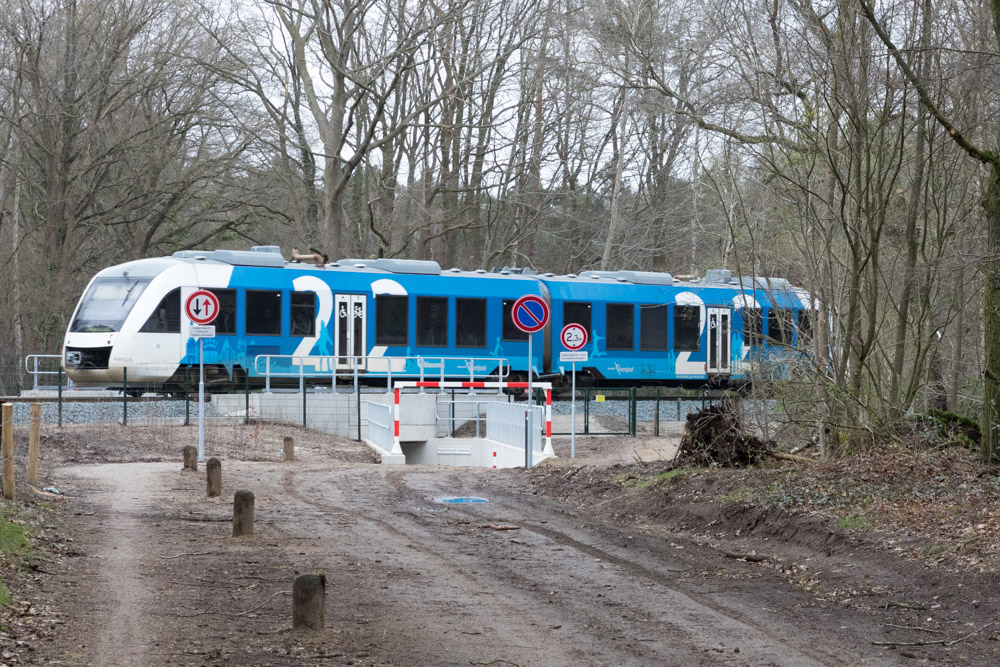 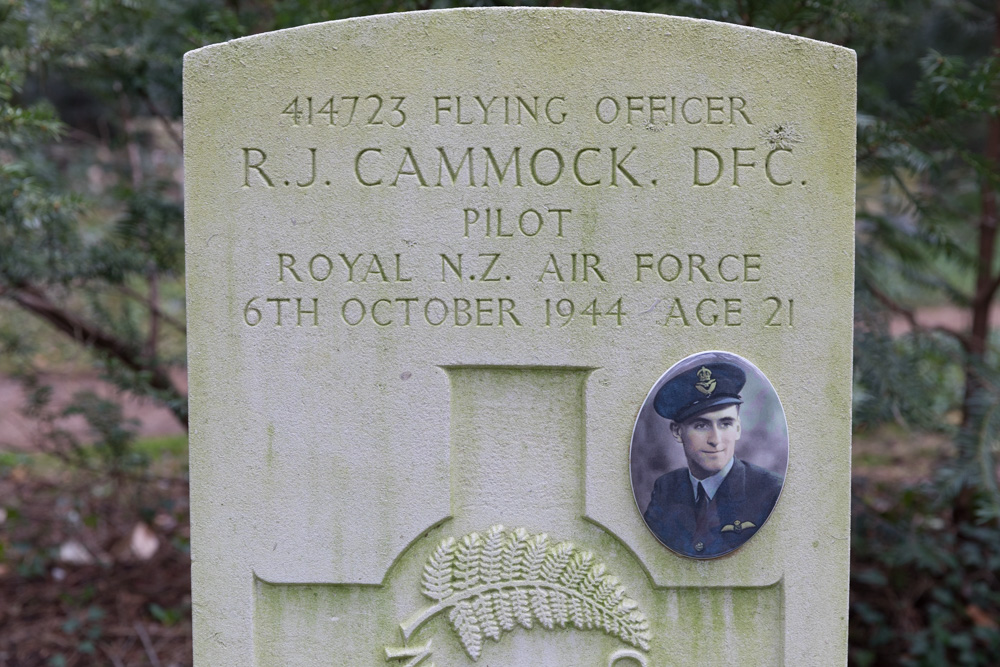 In September 1944, Allied fighters fired on a German ammunition train. RAF pilot F/O Raymond J. Cammock was shot at himself. He was hit and his plane crashed into the last car of the train. He died as a result. During work to turn the unguarded railway crossing into a bicycle tunnel, remains of his aircraft Hawker Tempest V, JN863 SA-R of 486 Sq RAF were found.

On March 24, 2022, the tunnel was officially opened and on that occasion it was named 'Flying Officer R.J. Cammock'. It is a tribute to the New Zealand pilot who crashed his plane into an ammunition train in 1944, during the battle of the Twente Canal. On the north side of the tunnel is an information sign describing the circumstances. F/O Raymond J. Cammock is buried at the General cemetery in Lochem. See also photo 5.