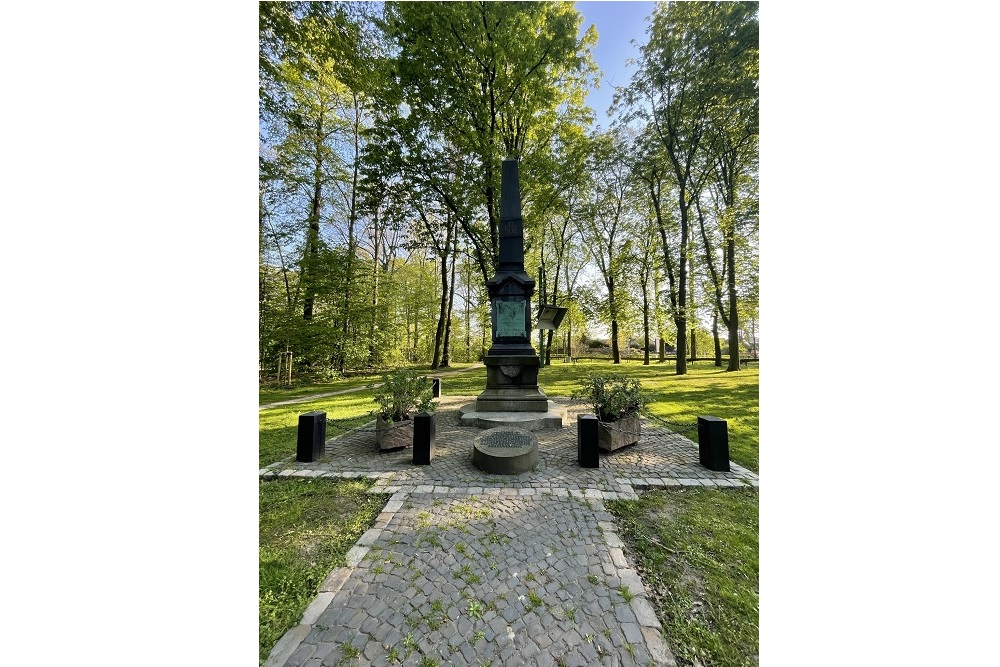 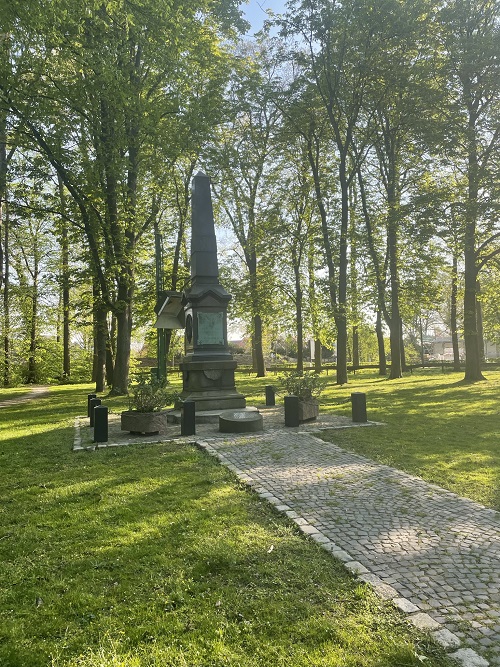 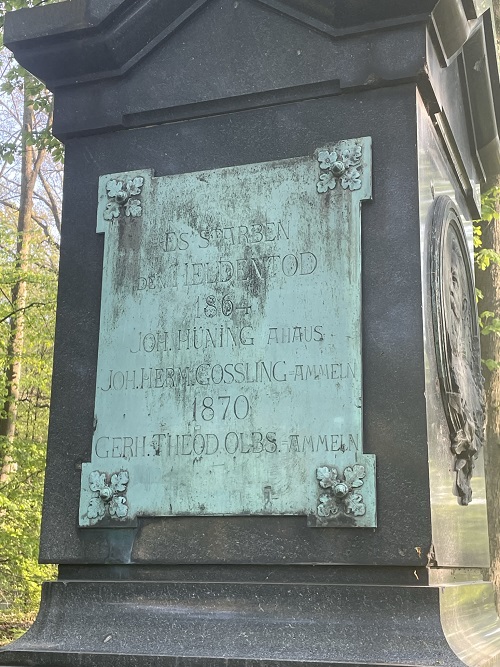 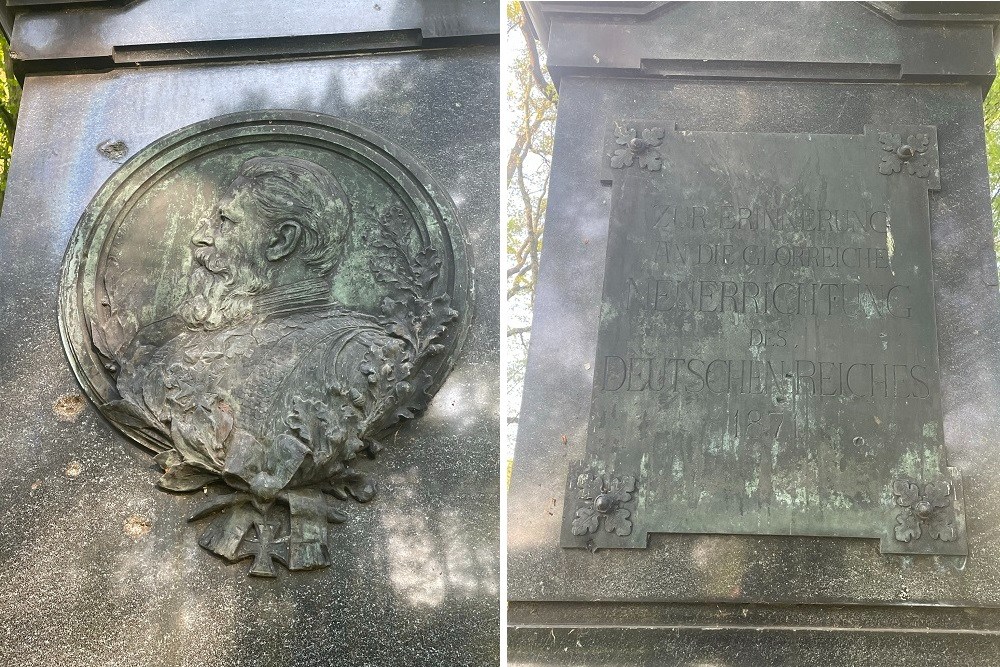 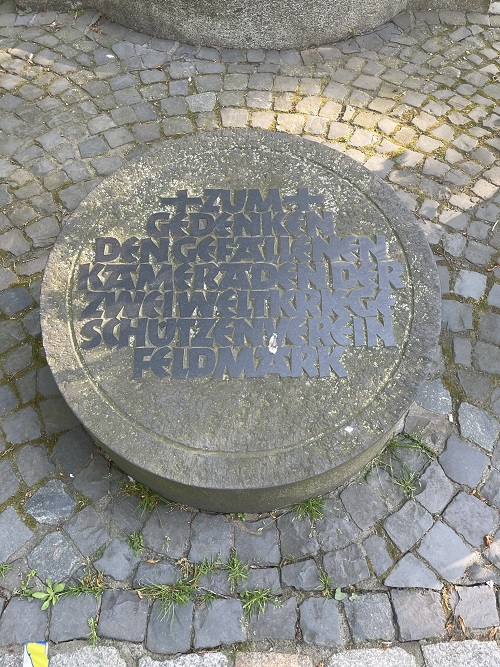 This monument, in the shape of an obelisk is hidden in a park on the edge of Ahaus, it once stood elsewhere and probably ended up in its current location in 1990. A plaque on the obelisk commemorates three soldiers who died in the wars of 1864 and 1870/71.

The inscription on the round concrete stone in front of the monument;
"In memory of the fallen comrades of the two world wars - Riflemen's Association Feldmark 1990"

Furthermore, an inscription;
"They died a hero's death in 1864"
(names of the dead)