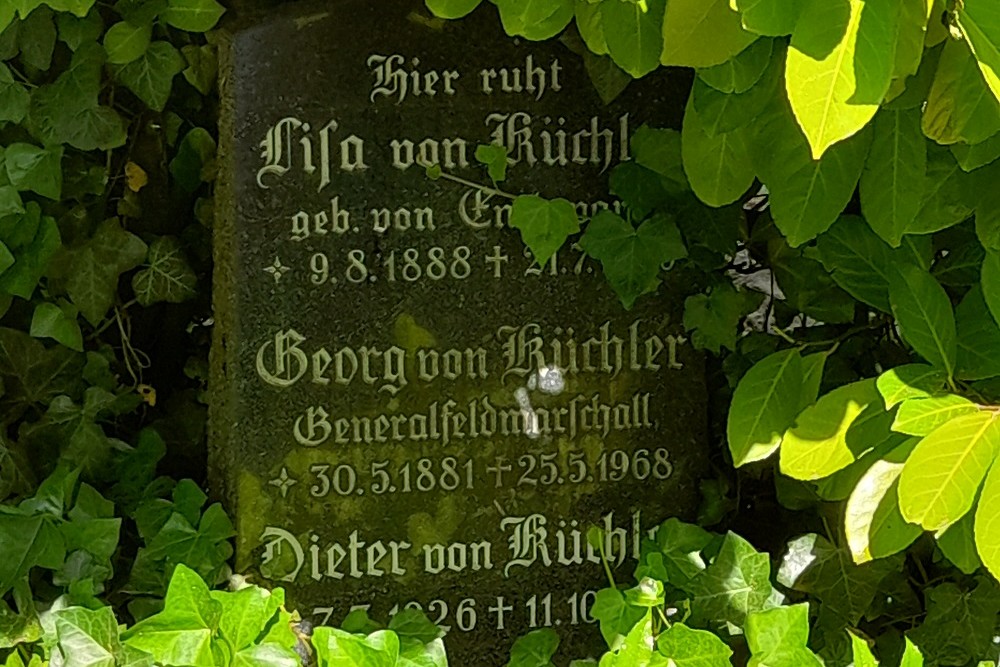 Georg von Küchler (30 May 1881 in Philipsruhe Castle near Hanau  25 May 1968 in Garmisch-Partenkirche) was a German Field Marshal General and Commander-in-Chief of the Armies during World War II and honorary rider of the Hospitaller Order of St. John.

In April 1949 in Nuremberg he was sentenced to a long prison term in the OKW (Oberkommando der Wehrmacht Prozess) trial for war crimes. He was released early in 1953.

Georg von Küchler is buried in the old cemetery in Darmstadt (grave I H 29).