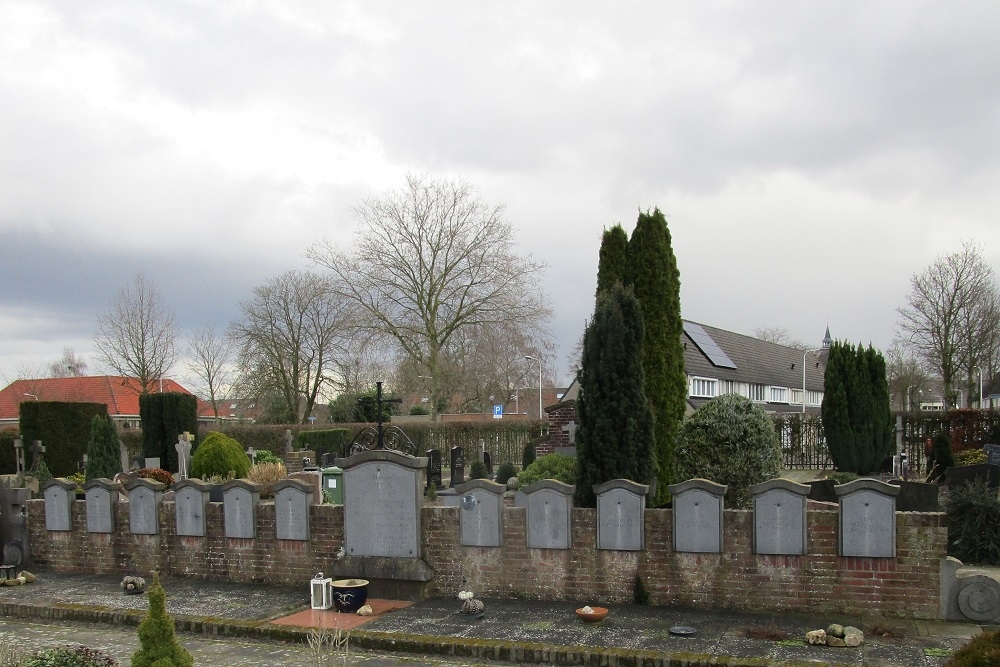 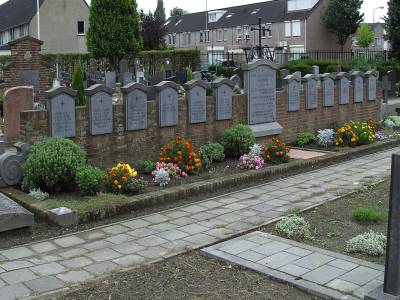 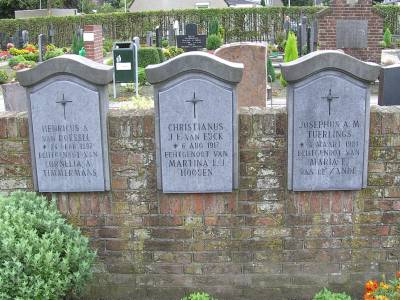 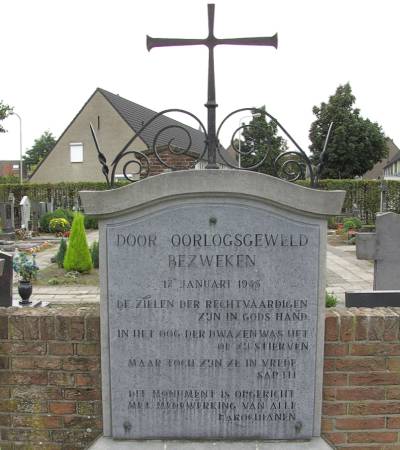 Almost three months after the liberation of the city of Tilburg in Dutch Brabant (27th October, 1944) on January 17th, 1945, the Germans fired two grenades that landed in the Hasseltstraat, close to the church. The first grenade caused injuries to two people. The second grenade that followed one minute later, exploded in the middle of a group of people and made 12 victims. Those dead were buried together.

The Dutch text may be translated as follows:

"Succumbed by the violence of war 17 January 1945."
The souls of the righteous
are in the hands of God.
In the eye of the inept it may seem as if they died,
but nevertheless they are in peace.

This monument has been erected with the cooperation of all parishioners.

They were deserving for their Home Country.