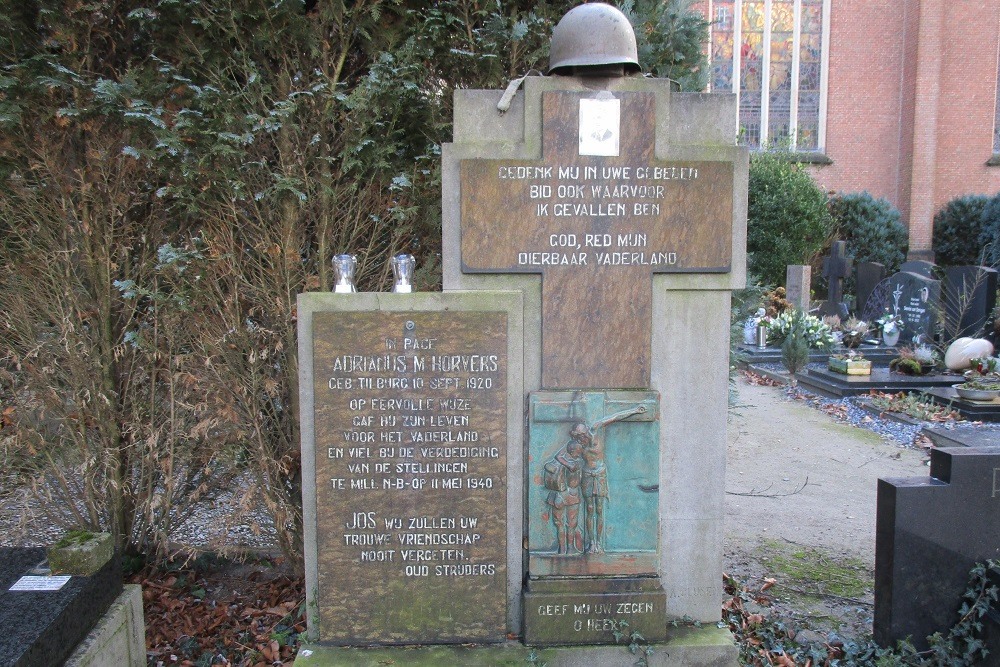 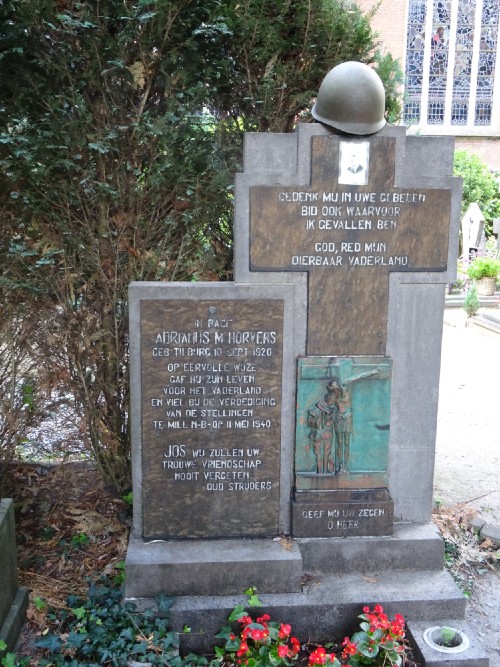 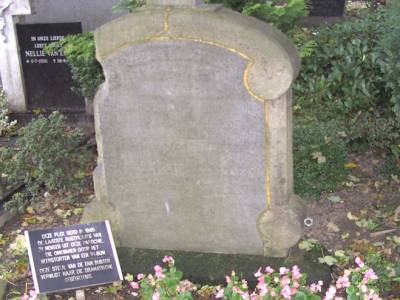 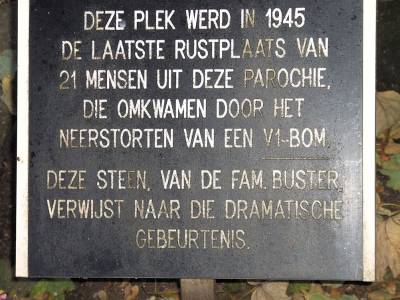 Adrianus Maria Horvers was an enlisted soldier of the 3rd Company, 1st Batallion of the 6th Regiment of the Infantry. He died on May the 10th or the 11th, 1940 in the Peel-line near Mill and was buried originally as an "unknown soldier" near the castle Tongelaar of Mill.

He was found dead in the pillbox opposite Kanadabosch on the Bosschen. Only on June 26th, 1940 he could be identified and on June 27th 1940, Horvers was reburied on the Roman Catholic Cemetery at the Goirkestraat in Tilburg, The Netherlands.

On February 1st, 1945 a V1 rocket crashed in the Minister Talmastraat in the city of Tilburg which cost the lives of 22 people. On top of these 22 victims, there were 6 seriously wounded and 78 lightly wounded. The material damage was gigantic: 9 houses were totally destroyed and 7 houses were heavily damaged to the extend that they could no longer be inhabited.

The Minister Talmastraat does not exist any more since a long time. All houses have been demolished and the whole area has been newly established. The photographs have been taken on the cemetery in the neighborhood. All original graves have been cleared only this one headstone has been replaced in a forlorn corner in 2002. The text on the stone cannot be decoded any more. A sad story of an even sadder event.