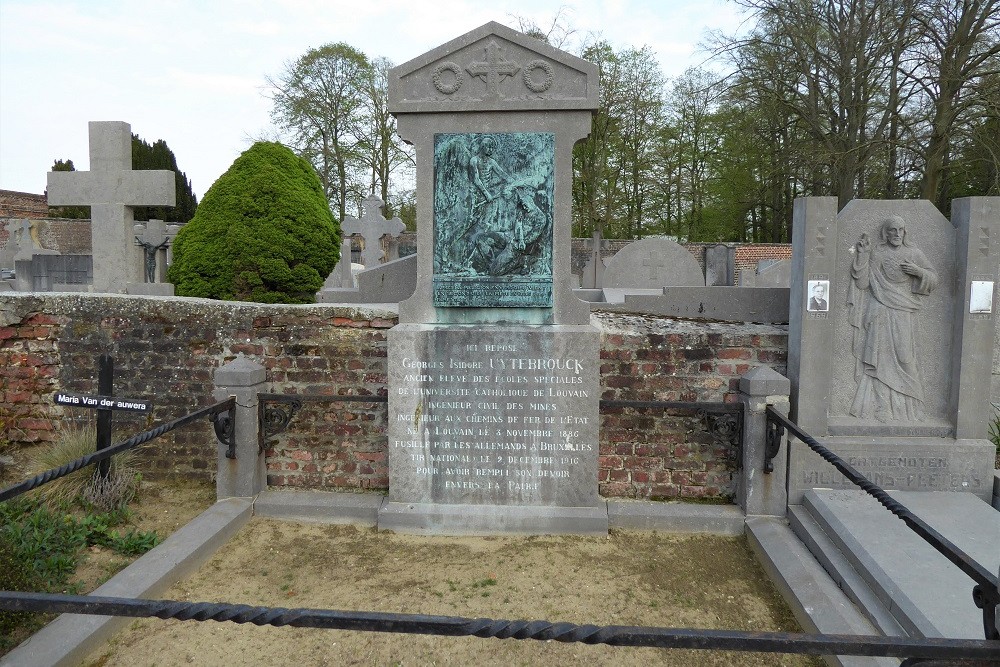 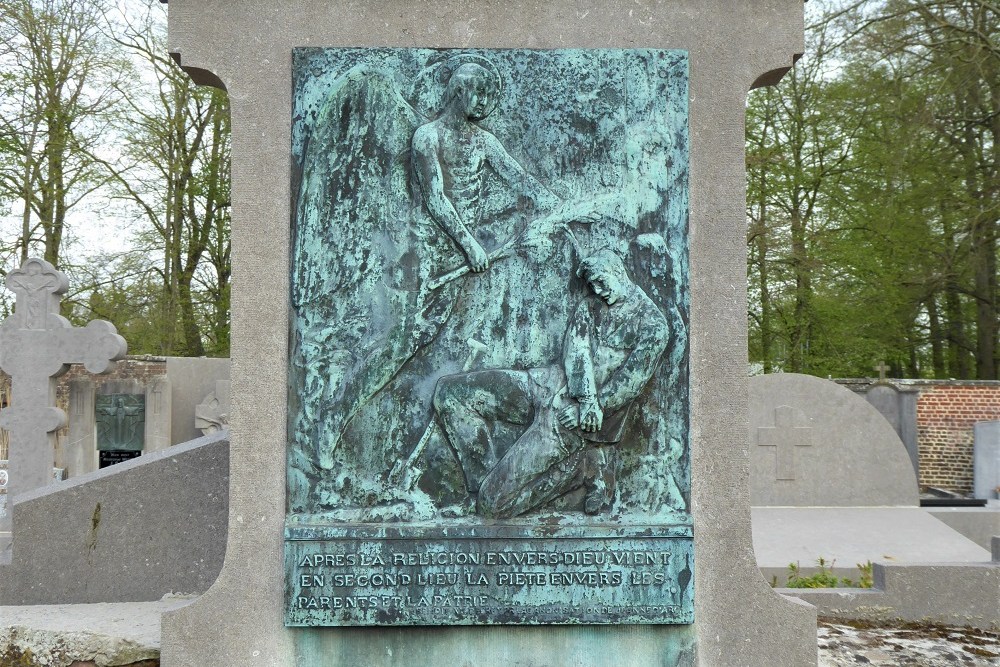 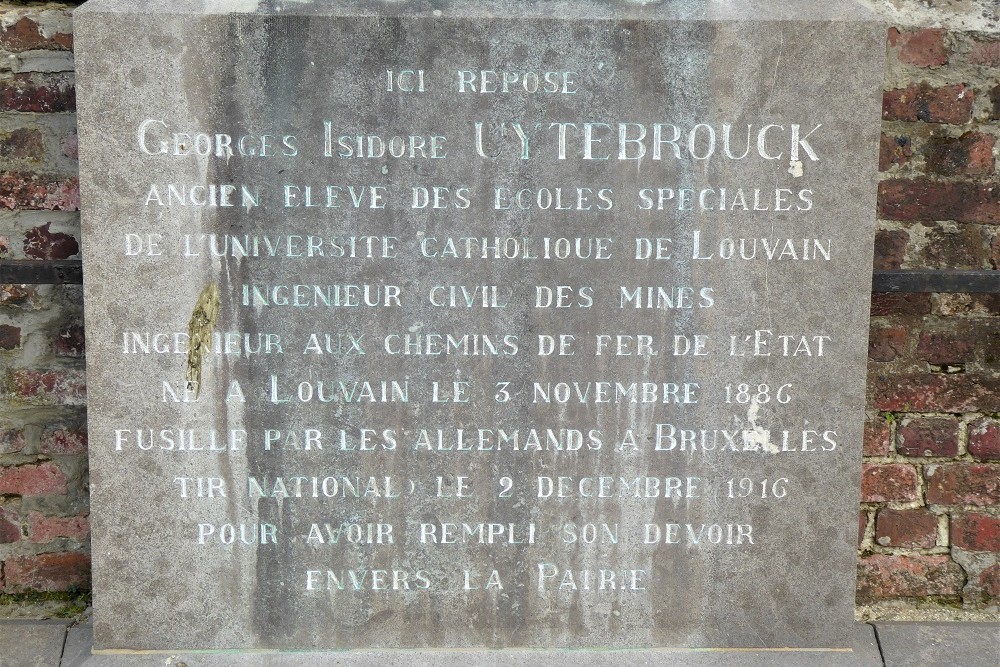 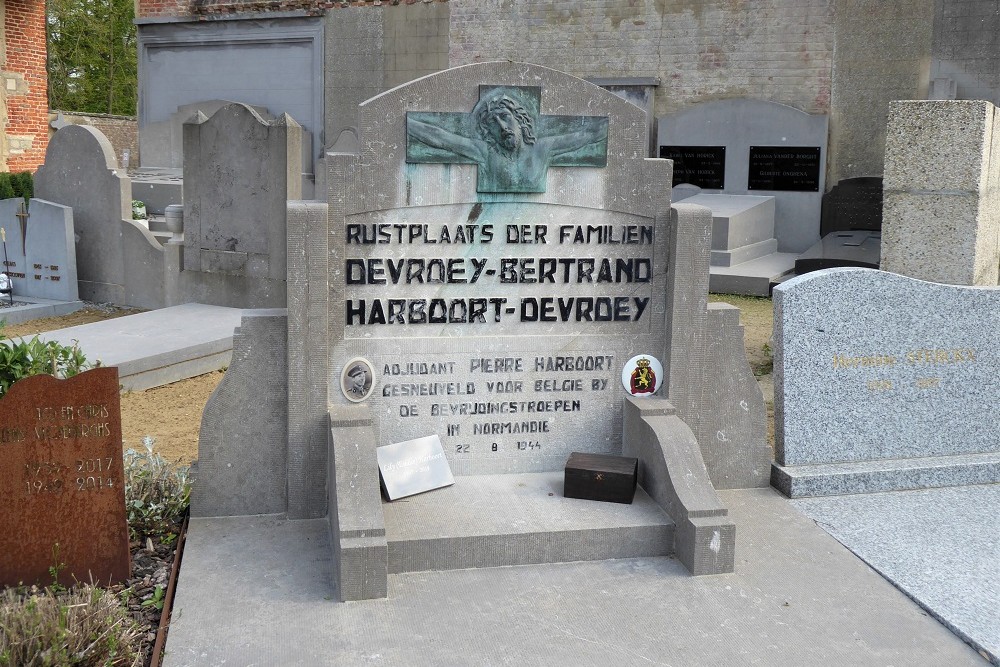 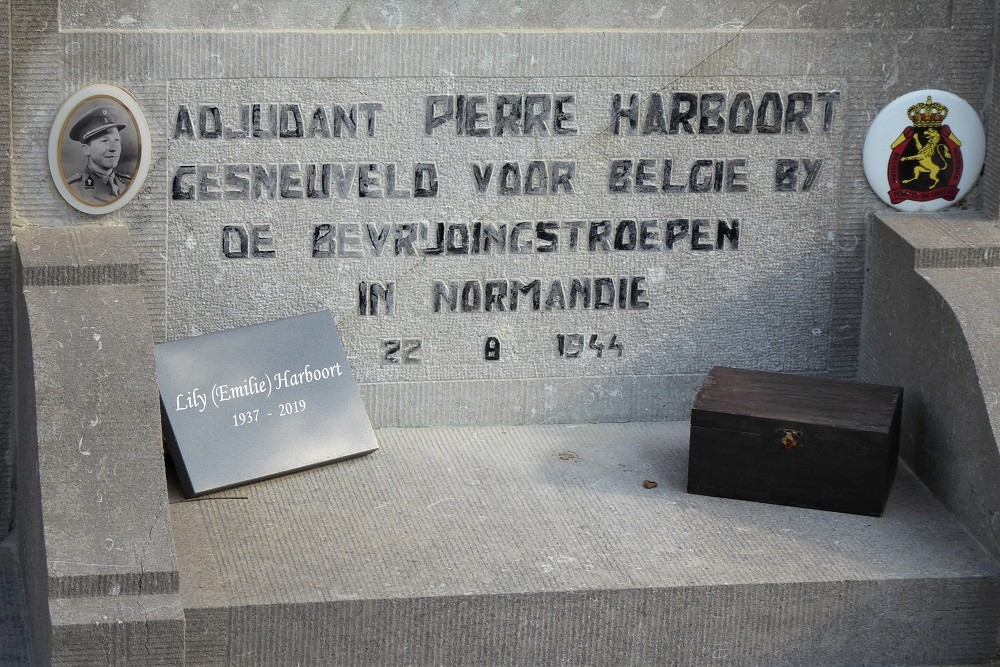 The first is from a victim of the First World War: Georges Isidoor UYTEBROUCK.
He studied civil engineering at the university in Leuven and worked in that position at the Belgian railways.
He was arrested by the Germans after being accused of espionage (troop transport and war material via railways). He was sentenced to death and shot at the National Shooting Range in Etterbeek on December 2, 1916.

The second is from a fallen of the Second World War: Pierre HARBOORT.
He was part of Brigade Piron, a brigade of Belgian war volunteers that was conscripted into the British army and took part in the liberation of Western Europe.
Adjutant Pierre Harboort was seriously wounded in August 1944 during an attempted mine clearance near Salenelles (France). He was evacuated to England but died two days later in Wroughton Military Hospital.

Source : Route you (points of interest) 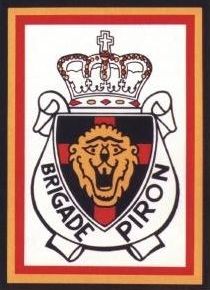