Chapel of "Our Lady for the Distressed" 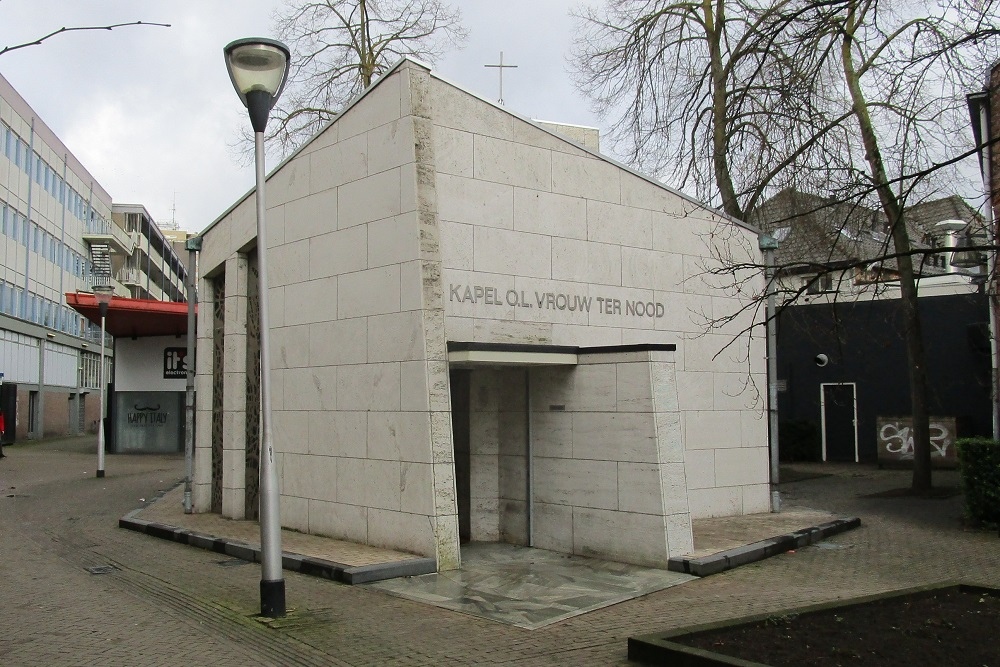 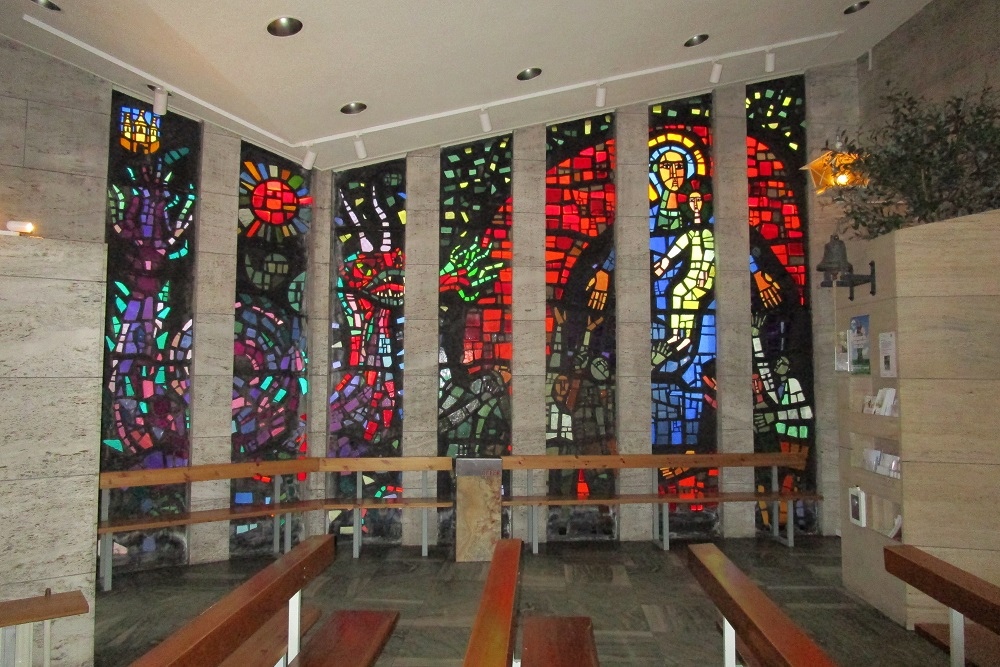 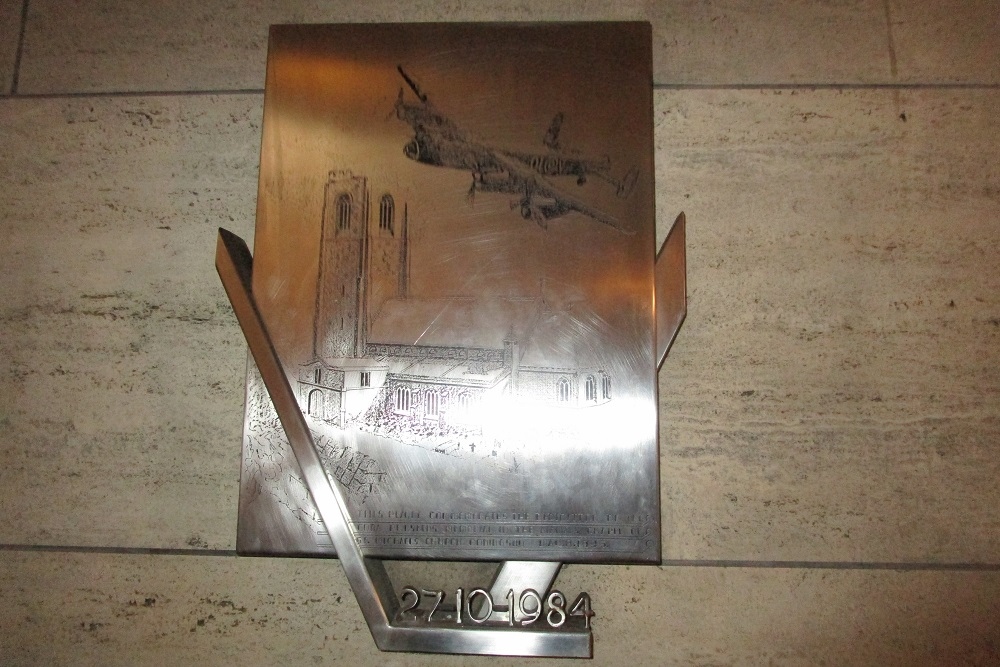 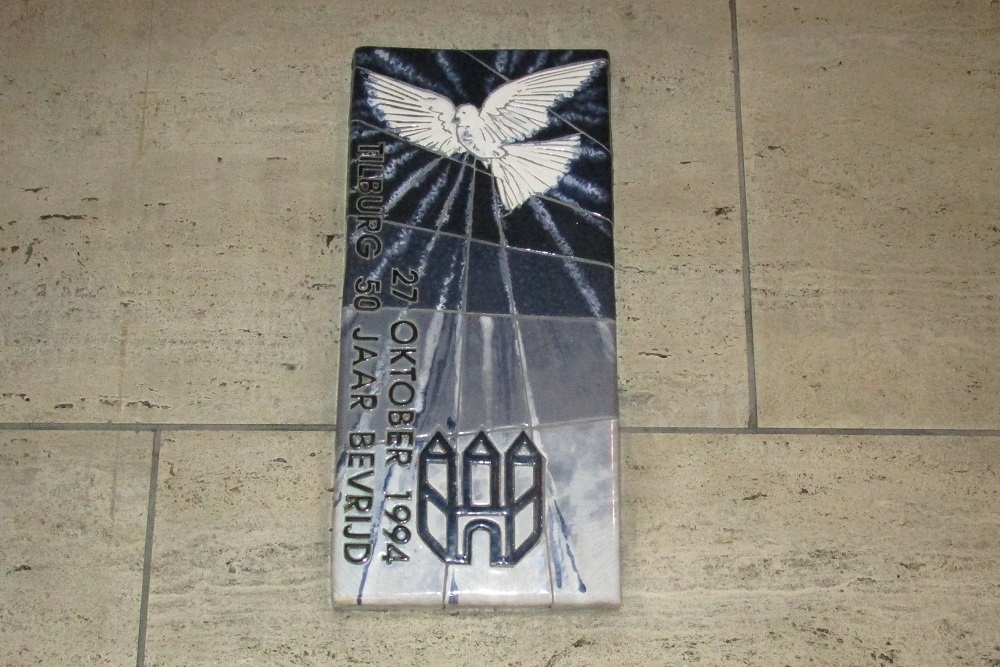 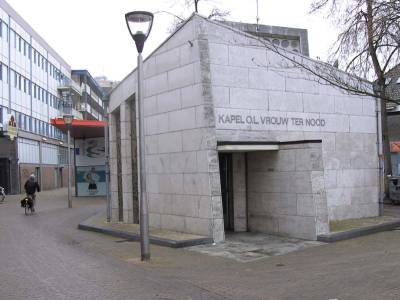 This chapel of Our Lady Mary has been designed by the architect Jos Schijvens and has been baptized on June 7th, 1964 by Bishop Monsignor Bekkers.

The chapel is originating from an action that was conducted by the magazine "Rooms Leven" (transl.: "Roman Catholic Live") with which some notable citizens of Tilburg made the vow to dedicate a chapel to Our Lady after the war and situated at one of the main streets of Tilburg. Within a short time they succeeded to gather the impressive sum of money of 137.000 Florins. (approx. £ 13.700 at that time).

On 30 April, 1949, a preliminary chapel was baptized at the Zomerstraat. The definitive establishing had to wait for the reconstruction of the old city centre. Finally the location has been defined within the triangle Nieuwlandstraat  Heuvelstraat  Oude Markt (just opposite the Heikese Church).

In the chapel, behind the altar, there is a medieval statue, originating from the Rhineland, of Our Lady with Her Child. In Their original outfit Mother and Child had been crowned with golden crowns. In 1974 the statue is stolen and retrieved without its jewelry. Also the memorial book has been stolen several times; from that time onwards both the crowns as well as the book have been replaced by replicas. The sidewalls near the entrance have been decorated with colored glass-in-concrete after a design by Daan Wildschut.

The chapel which is still frequently visited, possesses the memorial book in which the names of more than 300 citizens of Tilburg that perished during the war, have been put in calligraphy ( by Kees Mandos) and is exposed in a glass showcase; every day the page of the relevant date is being turned.

In the chapel there is a memorial plaque dedicated to Coba Pulskens; it is an etched metal plaque which has been offered to the municipality of Tilburg by 83 Squadron of the Royal Air Force. This plaque depicts an aircraft and the chapel of St. Michael in Congsby, Lincolnshire (England). This is the place where the flag is being preserved with which she covered the bodies of three executed pilots (that were hiding in her home).