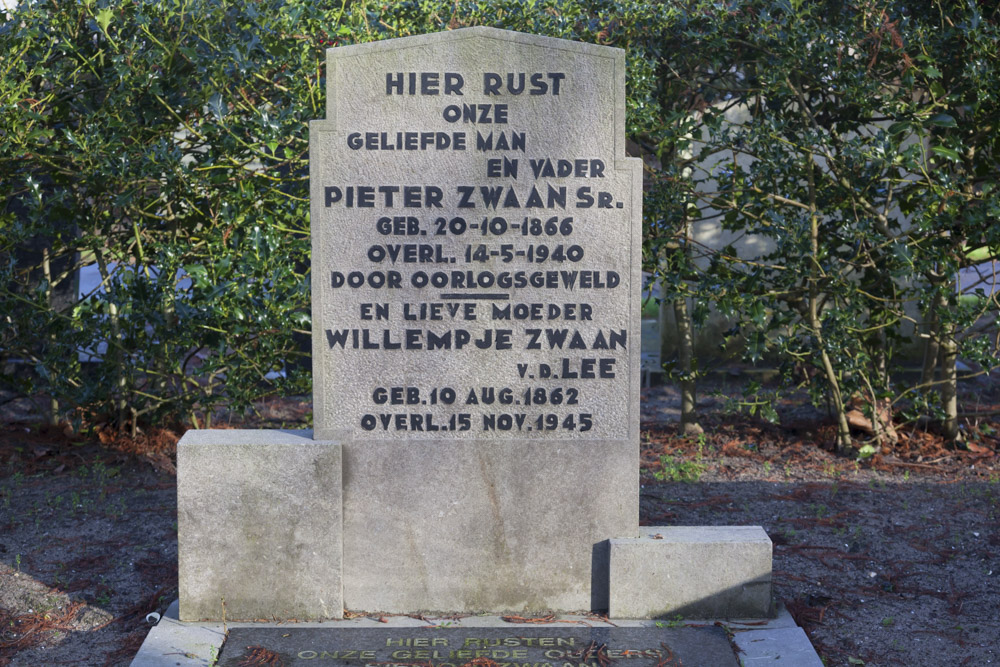 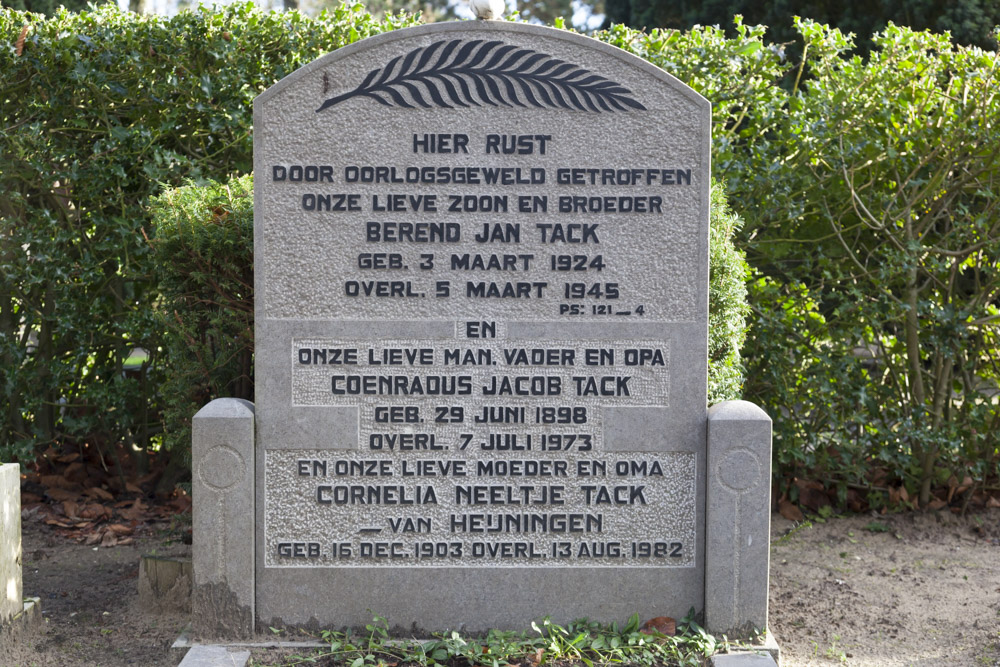 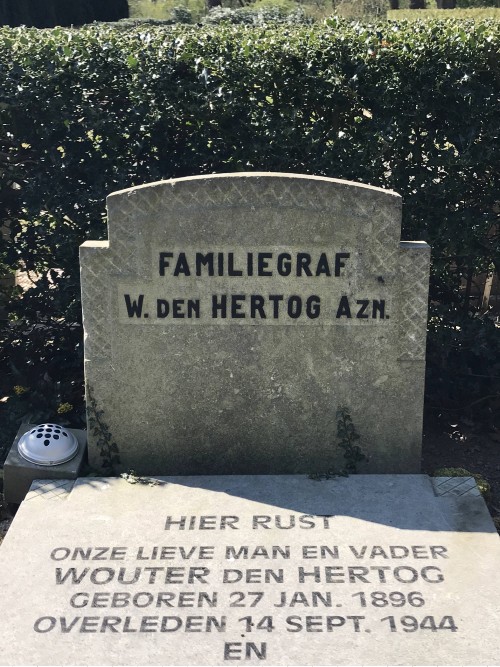 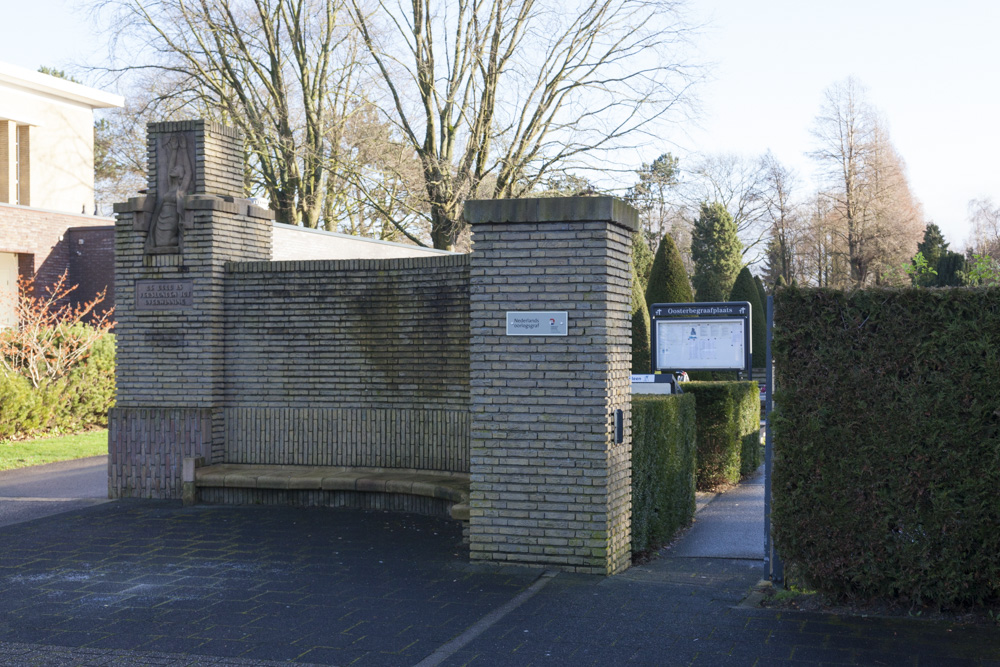 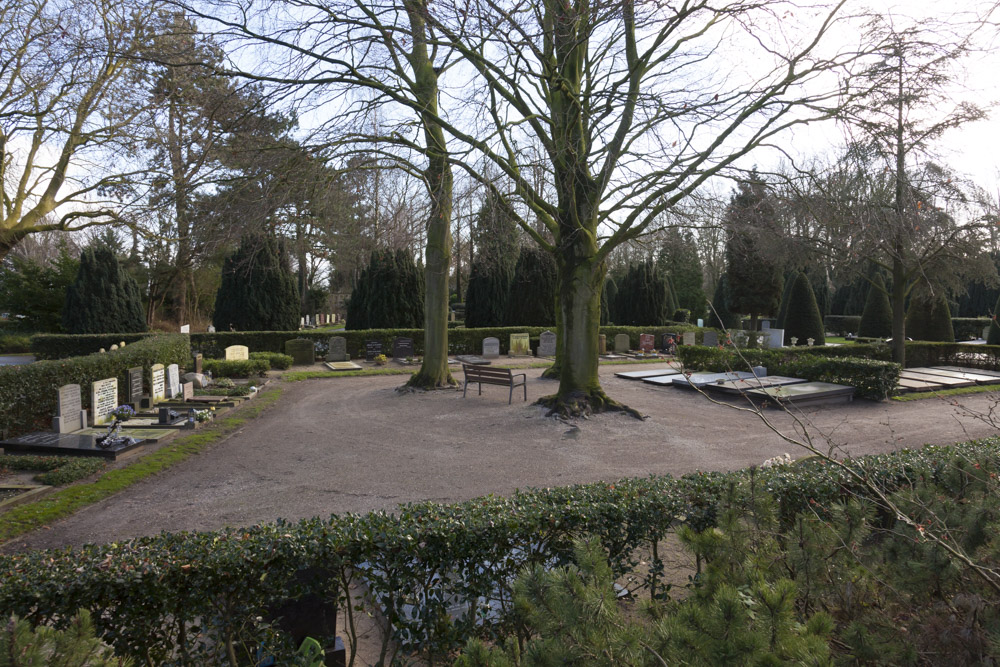 On the Eastern Cemetery is a grave of a resistance fighter from the Second World War. This is the grave of Wouter den Hertog, Wouter was executed on September 14th 1944 in Gouda.

Wouter den Hertog from Alphen aan den Rijn, born in 1896, was an electrical engineer. He had a Technical and Electrotechnical Bureau and also had his own radio program (Radio Hartog). He had been a city councilor before the war. On May 13, 1940, Wouter declared an NSB member. Two years later, he was sentenced to two months in prison for that act. This was presumably a revenge action, as he had been acquitted in previous cases for lack of evidence. The German occupier knew that Wouter was engaged in resistance activities, but could never get the proof. On September 14, 1944 he was interrogated by the Sicherheitsdienst in Gouda. He had to be released again. Cycling back to Alphen, Wouter was shot in the back.

One grave is the grave of a man (Pieter Zwaan sr) who died in May 1940 when the Germans invaded Holland. Counts of civilian casualties from this period are outside the big numbers on some bombed cities considerably rarer than civilian graves of victims who are deceased during the liberation.