Memorial for The Queen's Own Rifles of Canada (QOR) 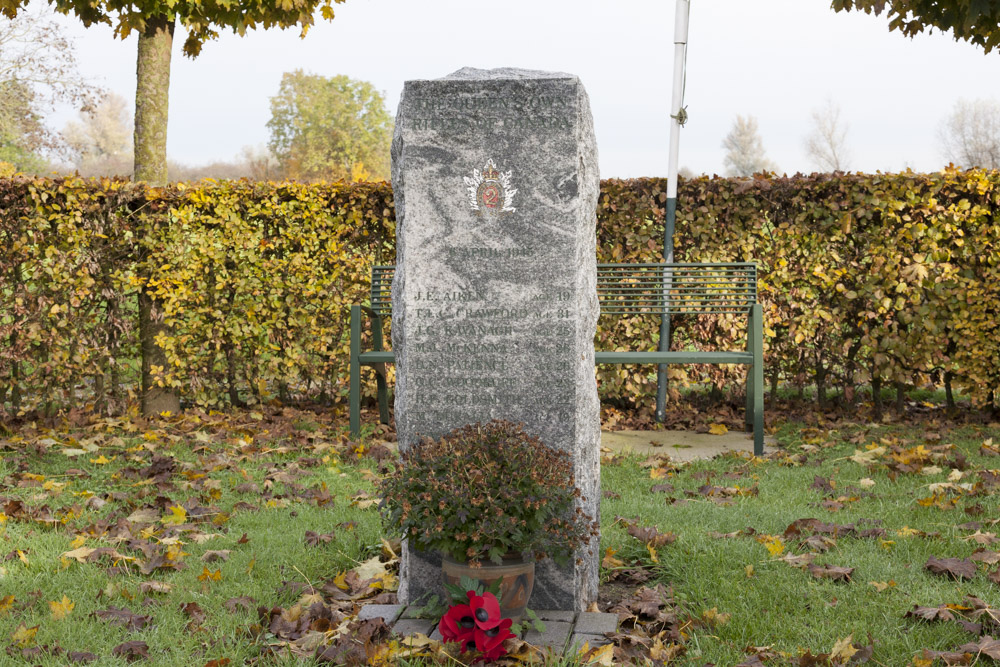 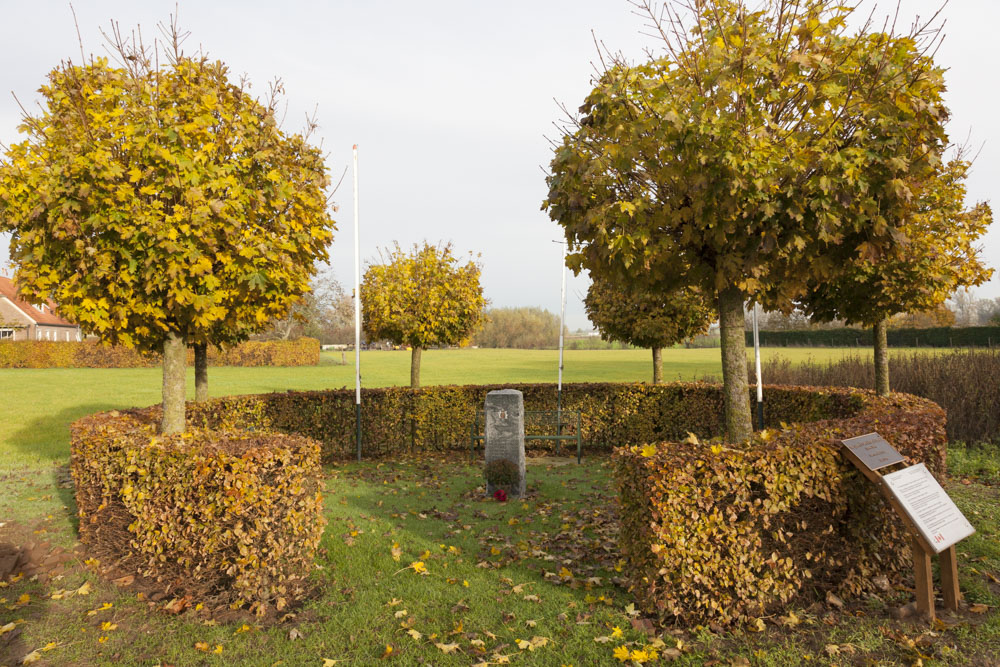 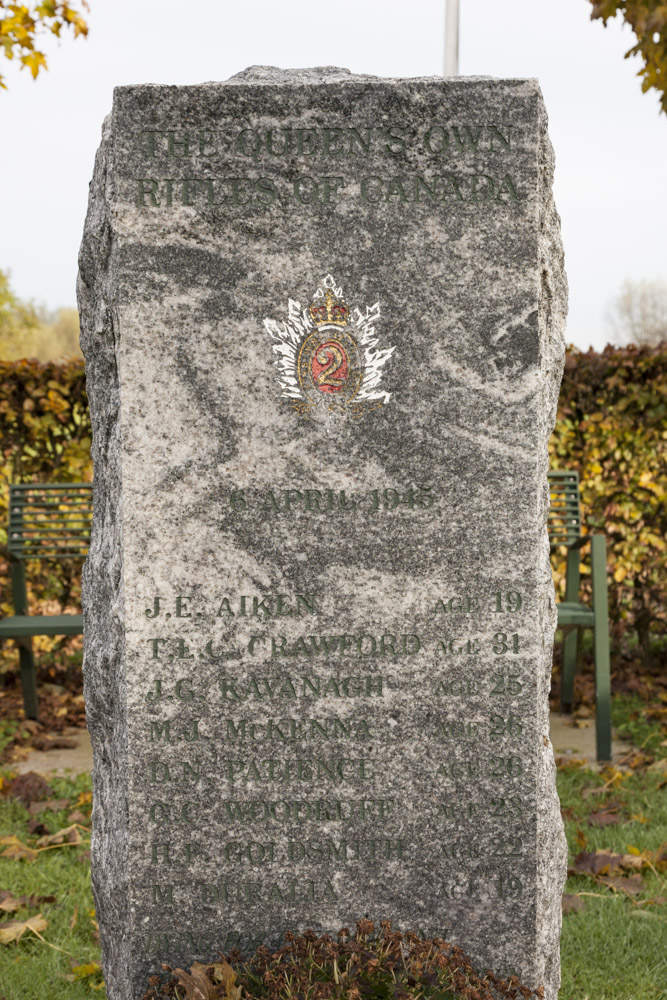 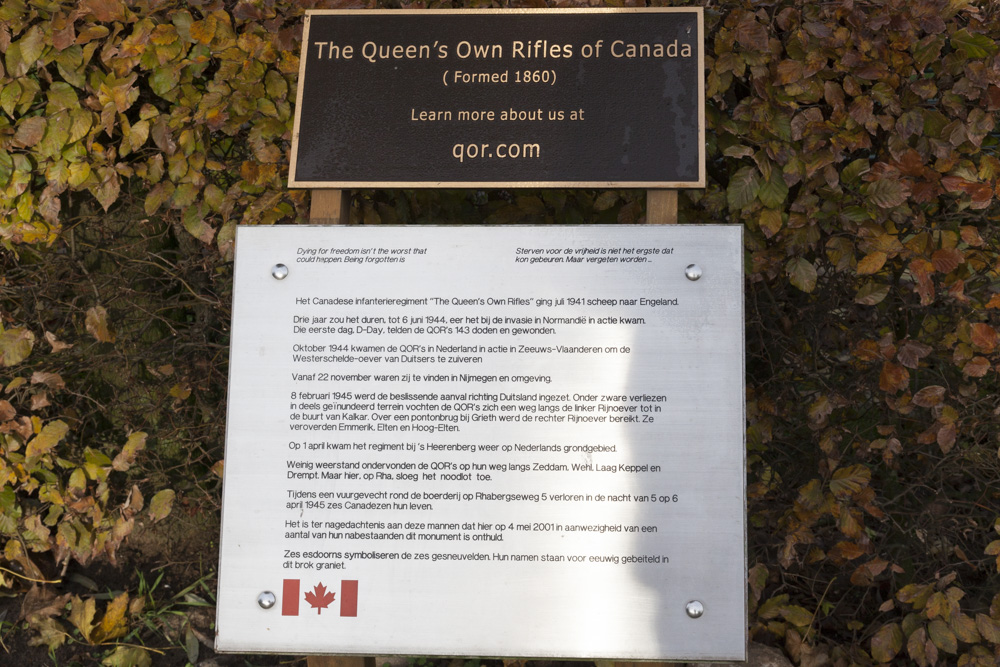 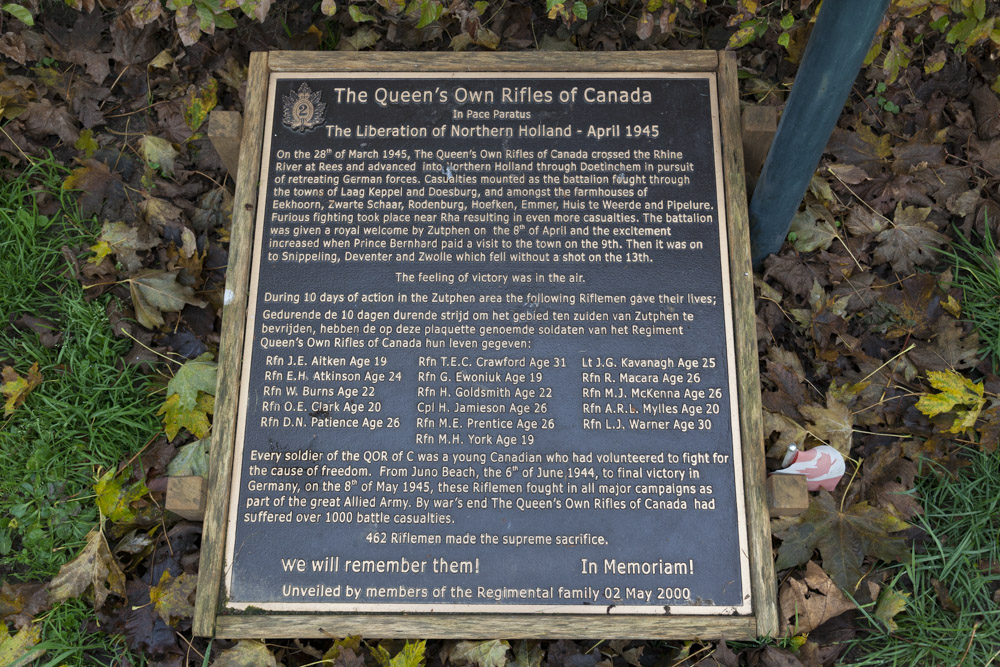 In Rha, near Steenderen, is a beautifully designed monument in memory of a combat fight up to the Operation Cannonshot, were 7 Canadians of The Queens Own Rifles lost their lives.

Caption at the monument:
On the 28th of March 1945, The Queens Own Rifles of Canada crossed the Rhine River at Rees and advanced into Northern Holland through Doetinchem in pursuit of retreating German forces. Casualties mounted as the battalion fought through the towns of Laag-Keppel and Doesburg and amongst the farmhouses of Eekhoorn, Zwarte Schaar, Rodenburg, Hoefken, Huis te Weerde and Pipelure.
Furious fighting took place near Rha resulting in even more casualties. The battalion was given a royal welcome by Zutphen on the 8th of April and the excitement increased when Prince Bernard paid a visit to the town on the 9th. Then it was on to Snippeling, Deventer and Zwolle which fell without a shot on the 14th.

The feeling of victory was in the air.

Every soldier of the QOR of Canada was a young Canadian who had volunteered to fight for the cause of freedom. Form Juno Beach, the 6th of June 1944, to the final victory in Germany, on the 8th of May 1945, these Riflemen fought in all major campaigns as part of the great Allied Army. By wars end The Queens Own Rifles of Canada had suffered over 1000 battle casualties.

462 Riflemen made the supreme sacrifice.

We will remember them! In memoriam!
Unveiled by members of the Regimental family 02 May 2000.